There aren’t many roguelikes that can really capture my attention and keep me coming back, but Blacksea Odyssey has done just that. While this neat indie title has a few minor issues, the price is right and the gameplay is fun.

The premise is simple: you’re out to hunt down space creatures with harpoons. You play top-down in this shooter, chucking spears at grotesque deep space monsters and killing bosses as you move from bounty to bounty upgrading your ship and weapon. Aside from the standard attack, you can also launch your harpoon which sticks to the enemies to slow them down. If you hit a weakened point, you can use your harpoon to rip off a limb and debilitate your foe. These skill shots feel great and are reminiscent of removing limbs in Dead Space.

“Aside from starting bonuses, you’ll find classic upgrades like speed increases, faster firing, split shot, etc to really pump yourself up and prepare for the late game bosses.”

In the same vein as Binding of Isaac or Risk of Rain, the more you play the more stuff you unlock. Not only can you get new pilots, but you unlock new spears with different damage modifiers as well. It can feel a bit tedious, but the effort is worth it. Aside from starting bonuses, you’ll find classic upgrades like speed increases, faster firing, split shot, etc to really pump yourself up and prepare for the late game bosses. Trust me, you’ll need all the help you can get.

Enemies are interesting and can be very difficult. Almost everything has at least one shielded area, and bosses tend to follow distinct patterns you need to watch out for. Things get hectic and you’ll often find yourself in bullet hell so just remember: dodge all the things. I did find a couple enemies to be particularly frustrating, either due to long range attacks that were hard to see on-screen or just a lot of armor you need to shoot around. 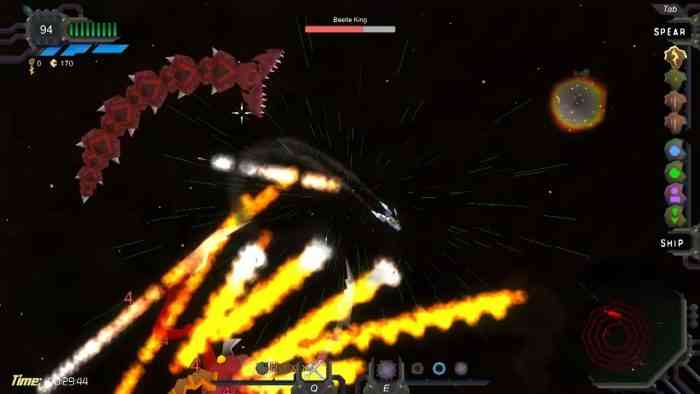 My biggest frustration was definitely the screen visibility when fighting larger enemies or bosses, but you can find upgrades to zoom out which was somewhat unique. However, each mission has modifiers that affect both the loot and enemies. Size, health, and damage can all be increased or decreased, so watch out. There’s a risk/reward system though, where some missions will drop more keys, contain more chests, or give a chance to drop legendary upgrades.

The other issue I ran into was that the aiming can feel off at times. Maybe this was just me or my controller, but other shooters have felt more precise in the past. It’s too bad because missing shots can mean your demise in Blacksea Odyssey, particularly in more difficult scenarios. There are some major redeeming factors though, especially in both the modest price of around ten dollars, and the free demo. Developers giving the option to try before you buy in this day and age is a bit of a rarity, so I’m impressed and grateful when I see it.

“It’s all got an eldritch horror feel, with Cthulu even being one of the late-game bosses.”

The soundtrack isn’t memorable, but it does the job. The effects are alright as well; better than placeholder but not mind-blowing. The art style and enemy design is where Blacksea Odyssey shines, with fun challenges that are always looking to kill you. The backgrounds and environments you’ll fly through are alright, but it just feels so ominous seeing bosses lurking in the background of deep space, waiting to be hunted down. It’s all got an eldritch horror feel, with Cthulu even being one of the late-game bosses. Spoiler: he’s enormous and tough. Be careful.

If you’re looking for something fun that has great replay value and a reasonable price tag, do yourself a favor and at least download the demo for Blacksea Odyssey. All you’ve got to lose is a bit of bandwidth, and if you have fun then it’s definitely worth your time and money. Fans of other highly rated roguelikes such as Binding of Isaac or Risk of Rain should absolutely check it out. You won’t be disappointed. 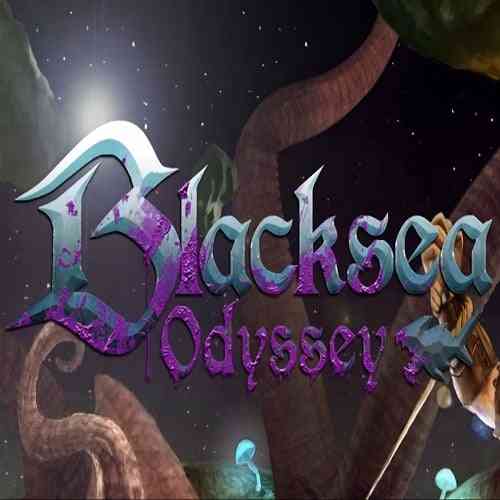