Dragon Quest 8 Still Shines After All These Years

The Nintendo 3DS features quite a robust library of RPGs to partake in. From big name titles like Pokemon, to more niche ones like Shin Megami Tensei and Bravely Default, there’s bound to be a title that fits with your tastes. Dragon Quest; however, is a series that predates all of these, getting its start in Japan way back in 1986. The West has gotten a number of titles in this series that is wildly popular back in Japan, but not every title has made its way stateside. Dragon Quest VIII is one of the ones that did manage to make the long-distance trip, and it’s a shining example not only of the series itself, but of the JRPG genre as a whole. Dragon Quest 8 brings plenty of new content to the table to warrant a second visit from those who played it on PS2, but for those who have never touched the series until now, this enhanced version of Dragon Quest VIII makes a very strong case for you to check it out.

Featuring a number of improvements over it’s initial PS2 release, Dragon Quest VIII comes to the 3DS to bolster the handheld’s already impressive library of JRPG titles. While it may look dated thanks in part to the restrictions of being on a handheld device, this game’s pleasing, colorful graphics are bolstered by the art of legendary manga-artist Akira Toriyama, of Dragon Ball/Dragon Ball Z fame. These charming character designs are backed up by some exceptional music, and while they aren’t quite on par with the original orchestral tracks, the quality of the music in place is by no means a slouch, featuring many excellent entries. One of the other newer features includes a boatload of voice-acting. Many scenes are enhanced with solid voice-acting, aside from a few instances that may be a bit too cockney for some. There are a few characters who seem almost stereotypically British, but for the majority of the scenes, the new voicework helps enhance the already well-written story. These aren’t the only latest additions to this re-mastering, though. A ton of additional content has been added to this title as well, helping to improve the length of an already seriously substantial RPG that will keep you busy for hours on end. Two new post-game dungeons, a new level to the Monster Arena, and additional story content help to flesh this substantial title out even further. 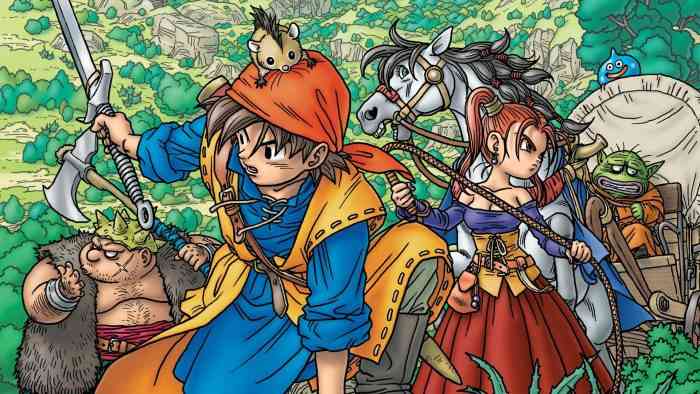 Where the initial cast only feature four players, the new 3DS title instead brings in two popular side characters into the main game. Players can further tweak their party with vivacious female pirate Red, and the eccentric Morrie, the proprietor of the now enhanced monster arena. Both characters can contribute quite well, and their new weapons/skill trees help you to create even more diverse party makeups to tackle the sheer number of side-quests and post-game content. Speaking on that note, there are also a ton of improvements to the game itself that help shake off some of the more notorious RPG tropes. Gone are the random encounters of the PS2 version of Dragon quest VIII, as well as the slowness of grinding in general. Players can make use of a handy new feature that speeds up combat, helping make the eventual requirement of grinding go along significantly faster. Dragon Quest piles on the enhancements in this 3DS version, and these tiny improvements are so numerous, that Dragon quest VIII feels far less dated than an RPG over a decade old should feel.

“Dragon Quest piles on the enhancements in the 3DS version, and these tiny improvements are so numerous, that Dragon quest VIII feels far less dated than an RPG over a decade old should feel.”

Between the new voice-acting, enhanced side-quests, and quality of life improvements, Dragon Quest VIII shows how sometimes if a title isn’t broken, it can still do with a bit of polish to help stand strong throughout the years. The changes all help make the game feel like an even bigger, better RPG than the initial release is, and the Dragon Quest series as a whole is one of my favourite RPG series. Dragon Quest VIII itself is a standout in an already highly regarded series, but this enhanced edition is the definitive version to play through. If you’ve never given this series a shot, you’d do well to pick up this entry. It features a charming story that is remarkably well paced, and its mechanics help feel a slightly more simple RPG still feel incredibly deep. There’s never really a dull point in Dragon Quest 8, and even when you’re grinding monsters to level up and tackle another boss, the new changes help make this far more enjoyable than it used to be, and it was already pretty damn good.

***3DS review copy was provided by the publisher*** 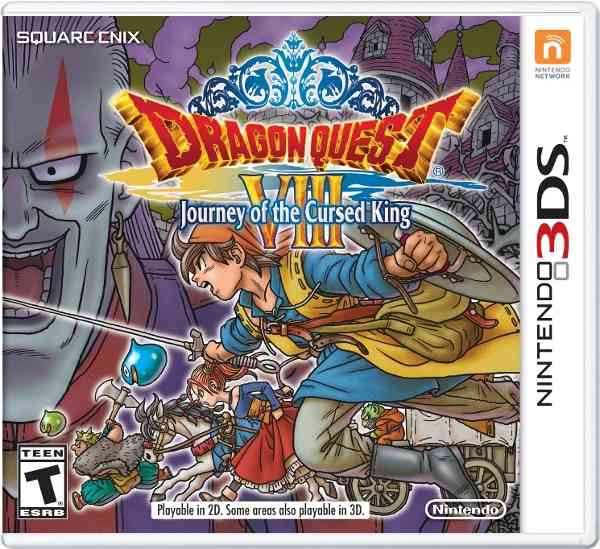