Between the detailed crafting, layered combat and gorgeous characters Atelier Shallie: Alchemists of the Dusk Sea has a lot to offer. Unfortunately, it’s buried inside a paper-thin story, boring dialogue and dull environments. If you can see past the flaws, Dusk Sea is a really compelling game. It’s just a matter of whether or not you’re a part of the target audience.

The story is a simple one, initially divided between two protagonists. You choose one of two characters (Shallies?) to be the star of the show. There’s Shallotte, who is focused on making something of herself. She just wants to be the best alchemist she can be. Shallistera is more noble in her actions. She has a village to save from being swallowed by the titular Dusk Sea. Whichever character you choose, the bones of the game are still present. Both paths have you perfecting your alchemy skills, merely for different reasons.

“Death comes with little penalty even on the hardcore difficulty setting.”

If you’re looking for an epic tale that engulfs the world, you’ll inevitably come away disappointed. This is a small, unobtrusive story. More of an afterthought, really. Instead, your time will be spent mucking around in the guts of this game, like a mechanic with a broom. There’s a sort of peace and addictive tranquility in the minutiae. You gather materials, you craft, you run errands. You slowly get stronger as you learn the ins and outs of the combat. Death comes with little penalty even on the hardcore difficulty setting. You just sort of end up outside of the area you were in, with one of your characters lamenting about how badly you just blew it. There’s all these little quality of life enhancements that make your play experience positively enchanting. There’s a new game plus mechanic I’m going to take full advantage of, running through the game a second time with the other protagonist. 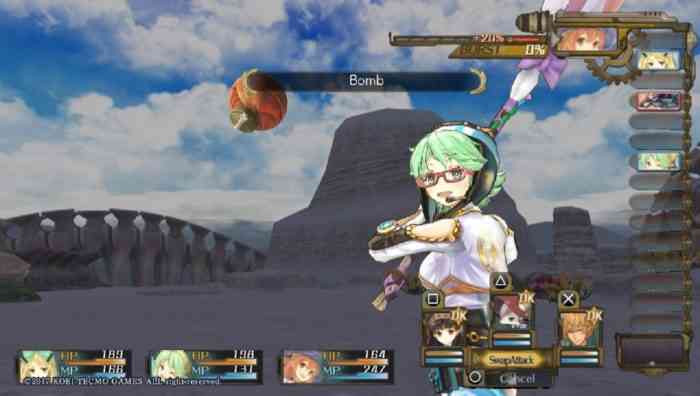 I chose Shallotte, who I saw as the more easy-going route. I saw the bones of the story laid out in the beginning and wasn’t interested. I didn’t care! I didn’t care about the village, or Shallotte’s career, or any checkered pasts. As soon as the crafting system was revealed it was the only thing that mattered. Every other aspect of Atelier Shallie operates in service of this system. Story progression, character-building, skills, and exploration were all tools to maximize the depth and utility of the crafting. It’s hard to see this as anything but a careful choice on the part of the designers. Your workshop is referred to as an Atelier in-game. This is the altar that every part of the game is sacrificed on. That’s the key to enjoying Dusk Sea. If you enjoy crafting, you will be compelled to play this game.

“Everything you wear can be refined and upgraded to perfection, all you need are the ingredients.”

And oh my god, the crafting system is robust. You have a huge list of ingredients to use, an encyclopaedia-sized collection of recipes and adjustments that can be made at every stage of the process. Everything you pick up is useful, and if it’s not? Why, then you break it down into something that is! And the gear, oh what gear there is. Everything you wear can be refined and upgraded to perfection, all you need are the ingredients. Does this sound like fun? For some people this surely seems like a bizarre joke. For me? For me this is the good stuff. The pure, uncut joy in RPGs. 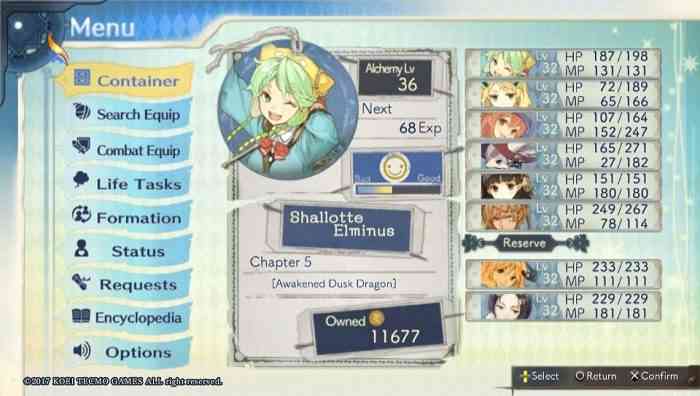 Be warned, though: those other aspects of the game are a real slog at times. One of the side quests involves slaying x amount of rabbit beasts. Fine, right? You run out, knock them down, come back to town and grab the reward. Easy money. The trouble is, your hub for side quests, or ‘requests,’ continually replenishes its supply of tasks as you go. If you aren’t choosy about which jobs you take you can end up cutting down an endless amount of these beasts. Choose your jobs with care, knowing that the game has no problem giving you a slightly different version of the same task over and over again.

“The game is beautifully set up, assuming you’re into the zen level of work it has in store for you.”

Therein lies the charm, and the problem, with Atelier Shallie. All of these systems are designed to run as smooth as they can. But! You can easily get sucked into a rhythm of work and reward that gets you nowhere. I spent at least two trips to work idly murdering the same carousel of monsters before realizing what happened.

To that end, the quests are clearly laid out. Traversing the world map is painless. You’re given simple instructions on the minute details of crafting and combat. The game is beautifully set up, assuming you’re into the zen level of work it has in store for you. Atelier Shallie knows its strengths, and plays to them. 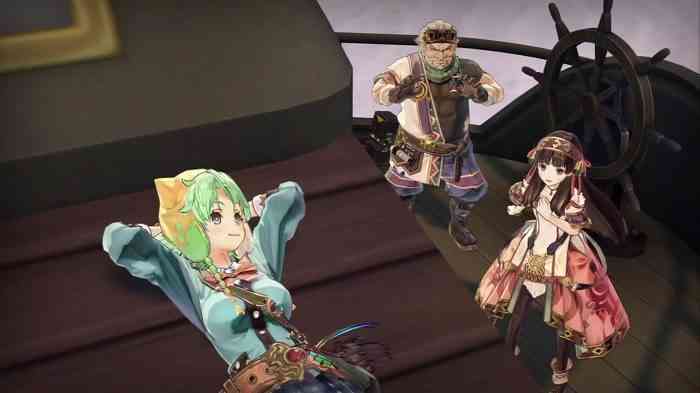 This is the first game in the series I’ve ever played, and I want to play the others already. In a way, this series is a lot like Pokemon or Dragon Quest or the Tales franchise. Players come to the table for one perfectly executed aspect. Everything else is just window dressing. For me, this already feels like Pokemon does. Under the empty narrative and the ugly game world is a molten core, a mechanical system that tugs at my brain stem.

If you know your own tastes in RPGs like I do, if you know what systems baked into these games get your cortex lit up like the dashboard on a 747, Atelier Shallie: Alchemists of the Dusk Sea might be perfect for you. However, if you play JRPGs for their rich story and beautiful game worlds, maybe give this one a pass.

***A Vita code was provided by the publisher*** 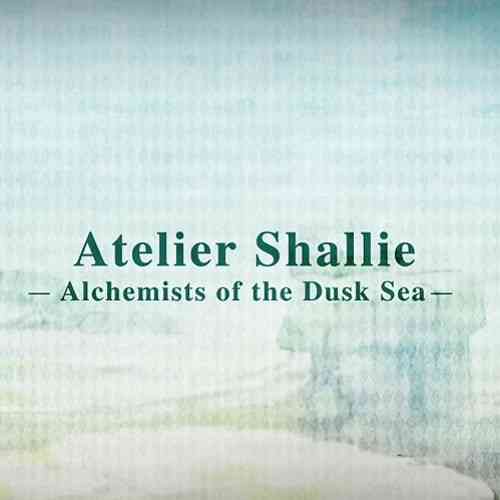 Monster Rancher 1 and 2 DX Is Coming Out on Steam
Next Dragon Quest VIII: Journey of the Cursed King Review – Aging Like Fine Wine
Previous Toby: The Secret Mine Review – Lack of Innovation Hurts Limbo-Inspired Game