AIPD, short for Alien Intelligence Police Department, is a new age space fight game reminiscent of Mine Storm, mixed with Asteroids and a Tron theme. Wrap it up with Unreal Engine 4 at its back and you’re ready to rock. AIPD is bringing the space fight to a whole new level at a stunning 60fps and is definitely a great addition to any collection, especially for the price.

Developed by indie studio, Blazing Badger, AIPD is a top-down twin stick shooter that fully embraces its retro roots. It’s fast paced and the 80’s neon inspired visuals coupled with its soundtrack (more on that later) make it a blast to play with friends. It is clearly aimed at being a coop experience as well so as much fun as you may have playing with yourself (wait… what?) it’s much better playing with friends.

If you play games for their engaging plot lines you may be disappointed to learnt that AIPD doesn’t have much of a story line – in fact, it doesn’t at all. You can jump straight in to the fight as soon as you have the game and I liked that about it. There were no unnecessary details to worry about when you just want to go on an alien space ship killing spree. The lack of story takes nothing away from the game, but it maybe could have had at least a one liner we could laugh at to set the scene; something along the lines of “We made some aliens from another galaxy mad, now they’re coming to devour our souls and you are our last hope”.

“You can jump straight in to the fight… there were no unnecessary details to worry about when you just want to go on an alien space ship killing spree.”

You can choose from four different preset game modes or make your own combination, giving either the enemy, the arena or just certain enemies advanced skills and protection. It has up to a four player local co-op mode all on one screen and an online leaderboard to see how you rank with everyone else, but you can’t play online with your friends or other people unfortunately. It seems like it would be easy enough with their setup for it to be possible and it may be something to look forward to depending on how it’s received. With each new level comes a new challenge and bonus multiplier points to get your score on the leaderboards. In terms of replayability and longevity, I’m not sure if AIPD would hold your attention that long apart from a single playthrough and when your buddies are over. 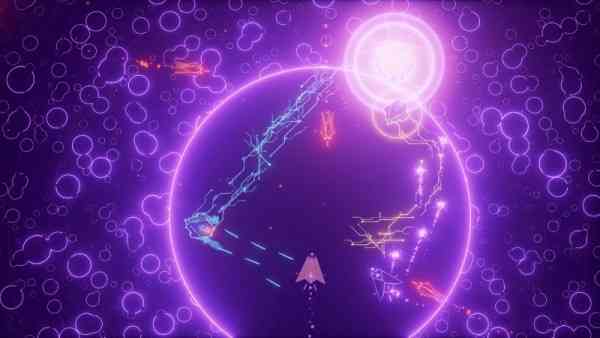 The enemies in game are as hard to deal with as they are varied. From swarms of drones to battleships that can teleport and fire at you, it will keep you at the edge of your seat. With its eight different kinds of enemies, six types of weapons and shields for your ship, 24 different challenges (or modules) to make the enemies stronger and faster and set the environment against you with asteroids or EMP fields, there are tons of combinations you can do. There are four difficulty levels from Easy to Blazing and they scale quite dramatically. The game lets you save 3 different sets of your own starting challenges, but it kinda falls because with each level you have to choose another challenge. So if you wanted to just use what you selected and see how far you can get, I’m sorry to say you can’t.

AIPD rocks a pretty decent soundtrack as the electronic, techno, wub-wub, untz untz untz is perfectly suited for the game. It’s upbeat and steady but mostly stays in the background of the explosions and your guns firing. You are able to control both of their volume levels so either one could drown out the other, make a slight difference or just keep it to no sound at all. Depending on how much you love or hate electronic beats this could be a blessing in disguise.

“AIPD rocks a pretty decent soundtrack as the electronic, techno, wub-wub, untz untz untz is perfectly suited for the game.”

One part that was troublesome is when you really get into a sticky situation it is extremely easy to not know which direction your ship is facing. Because of its design, it is not clearly apparent from front to back, because of the wing and gun placement. When it’s not so hectic, it’s not a problem but later on it kind of gets to you. Of course when you are shooting and laying down the hurt on the aliens, you can always see which side you’re shooting from, but when you get EMP’d or are avoiding a nova bomb or asteroids and have to do dodging maneuvers around a whole ton of enemies, you just may end up turned around and accidentally firing at the wall while they destroy you. 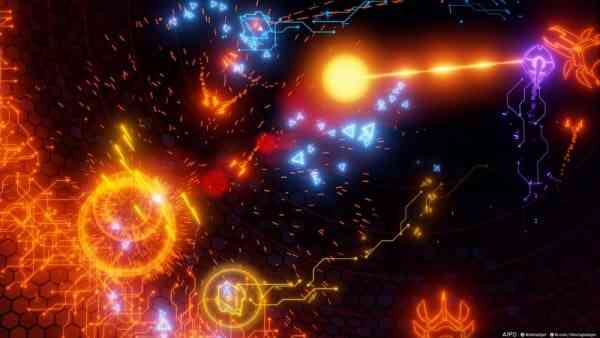 Overall AIPD is a very well done game from its awesome blue and red ‘Tron-like’ graphics to its fast paced, fly around shooting style. It takes concentration and skill to make it to the top and the extra difficulty each level brings out makes it a must have for those times when you just want to kill some alien spaceships. It is a great play and definitely fun once you unlock some of the later content. 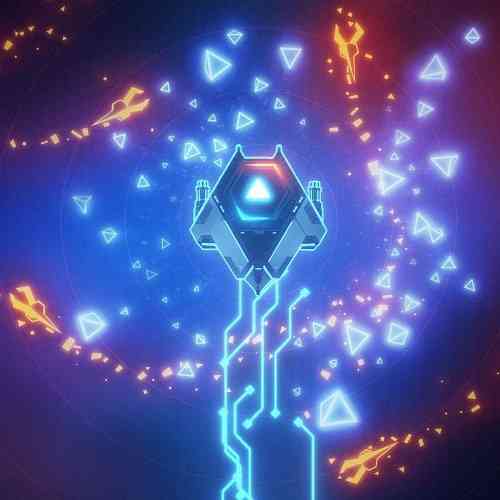