Maneater is a Gruesome Shark RPG Worth Sinking Your Teeth Into

It’s not every day you get to play a full video game from beginning to end as an animal, and damn it if I’m not the only one who craves more opportunities to do so. We’ve seen our fair share of games that let you control animals for a brief period of time, such as avian companions in Assassin’s Creed or Wolf Link in The Legend of Zelda: Twilight Princess, but these hardly count towards the overall notion of experiencing a complete game through the perspective of an animal. Sure, we’ve got Untitled Goose Game and Goat Simulator, but what about a full-blown action RPG where the focus is on living the daily life of one of the ocean’s deadliest giants? Enter: Maneater, the upcoming “shARkPG” from Tripwire Interactive where you play as a giant shark terrorizing the seas. I was able to meet with the developers of Maneater in a hands-on preview last week, and after spending a couple of hours with the game, it’s hard to tell if the final product will sink or swim.

You begin your tale in Maneater as a baby shark who must evolve into adulthood by eating and preying on different fish and creatures and completing missions for experience. The story is presented as a documentary in the making, complete with narration by Chris Parnell of Saturday Night Live and 30 Rock, and the shark you control is the main subject of the film. You play in a third-person perspective, with the beautiful open-world offering just as much detail above the surface of the ocean as it does below it.

You control the shark’s movements not only while swimming, but also while biting, grabbing, thrashing and whipping your tail. Different movements of the joystick in conjunction with the main biting button carry these actions out, which gives the game more depth than just standard button-mapped controls right off the bat. Controlling the shark felt fluid and smooth and genuinely good, which diminished my initial skepticism about the shark being too lightweight or fake-feeling. Immediately after taking the shark for my first swim, my doubts were lifted and I was impressed by how satisfying the controls felt. 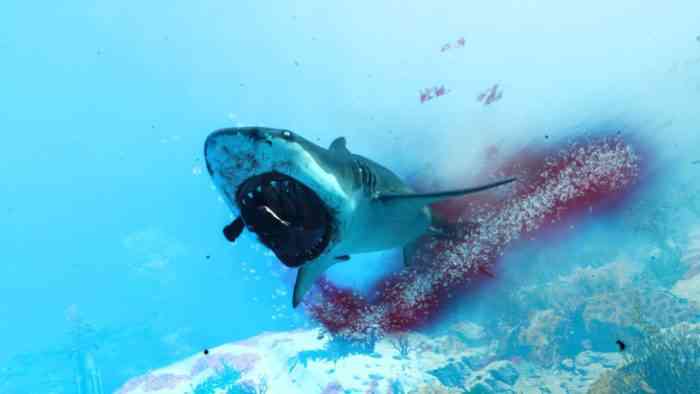 In Maneater, you need to eat fish and other creatures not only to gain health, but to grow and evolve as well. You can attack certain creatures depending on your size, and size does matter. You can’t go up against a killer whale as a young shark, nor can you take down entire boats solely with your weight the way you can as a gigantic adult shark. As you evolve and level up, you can choose how you customize your shark’s build and abilities, which is about as close to a classic skill-tree as the game is able to get. Customizing your shark completely alters your appearance, including alterations to your teeth, skin, and even your species.

Not only can you chomp on prey, throw them around and thrash with them in your mouth until they bleed out, but you are also able to dash and jump out of the water. Whenever you are out of water, you have a limited amount of time to survive before suffocating, which gives you a decent level of opportunities to jump onto boats or beaches and kill as many people as you can. Yeah, let’s just be frank here: The object of many a mission in Maneater is to kill humans for no real reason other than because you can. It may be gory and gruesome, but it’s also oh-so-glorious.

Though you can frequently go on a murderous rampage above the surface, not all humans are helpless bystanders. Bounty hunters will come after you if you kill too many people, and they will usually appear with a boss, a fleet, and a mix of divers who will attack you from underwater and people who will shoot you from their boats. It’s one of your main objectives throughout the game to defeat all of the bounty hunter bosses, so sometimes drawing attention to yourself in a specific area can be a calculated move. In addition to bounty hunters and bounty hunter bosses, there are also Apex predators such as giant alligators or sperm whales in different underwater zones of the map that you will have to defeat in order to conquer that part of the ocean. 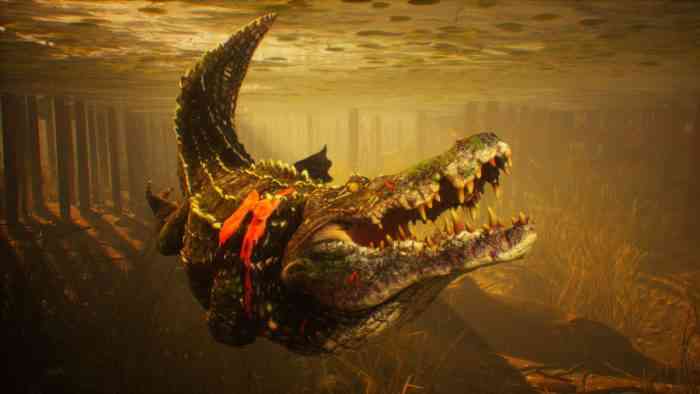 In terms of missions in Maneater, I didn’t find too much of a variety in my short time with the game. Most of the missions seemed limited to just finding and taking down targets or exploring new areas, and I worry that this will not be enough to hold the attention of most players. Perhaps it will be similar to many of the Grand Theft Auto games, where the majority of the fun is in messing around and wreaking havoc, and missions are just secondary activities. This would mean that the basic mechanics of swimming and killing in Maneater have to be absurdly entertaining, though, and while I found the off-mission gameplay to be fun, I’m not sure I could do that and only that all day long. I’d love to see more diversity in the types of missions and the strategies they require to execute them in the full release, and I hope to be pleasantly surprised if there ends up being a good amount of variety.

My experience with Maneater was not entirely polished, and though the game is set to launch on May 22, 2020, perhaps there is still enough time for the developers to fix these kinks. One thing I noticed that was concerning was the lack of reaction from humans in the world to my reign of terror. Countless times I jumped on boats and on top of humans and there was no reaction or fear whatsoever. I would bite one human at the helm of the boat, and the humans on the other end would show no indication that they even saw the incident at all. One of the first missions in the game has you kill a certain amount of humans on a beach, but even when you jump and flop around on land to chomp on innocent beachgoers, no one in the vicinity seems to bat an eye or care that they might be next. It felt unsatisfying to have nobody running or screaming in fear when I went on a feeding frenzy. Like, come on people, at least make me work for it! 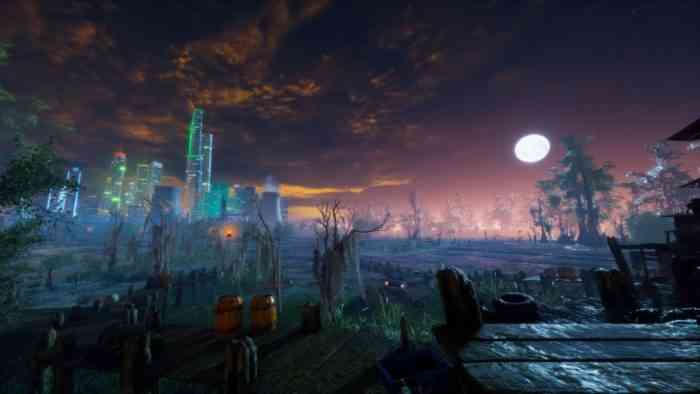 Right now, it’s hard to tell whether Maneater will be a hit or a miss. The controls feel great, the concept is unique, and the visuals are pretty nice. Tripwire nailed the humorous tone of the game, and framing the experience as a documentary with hilarious narration was a brilliant move that keeps the game from taking itself too seriously, and also handles the challenge of storytelling in a realistic world where sharks can’t speak or be overly anthropomorphized. The open-world map also creatively tackles what could have been a monotonous underwater abyss by placing different biomes such as industrial docks, bayous, and commercial beaches, and the world above the surface of the water is just as alive as the world underneath. There’s a ton of area to explore and creatures to encounter, and hopefully the game offers a decent amount of incentive to visit these places.

Overall, I hope that the full release of the game is a bit more polished and offers more promise in terms of longevity. I’d love to see missions that challenge and encourage you to do more than just kill animals or people, as I don’t see myself being able to replay something with that basic of a mission structure too many times. I truly did have a blast playing as a shark, and I absolutely love the prospect of a full game that allows me to do so. For now, I’ll be keeping my eye on Maneater to see what it has in store in the upcoming months. 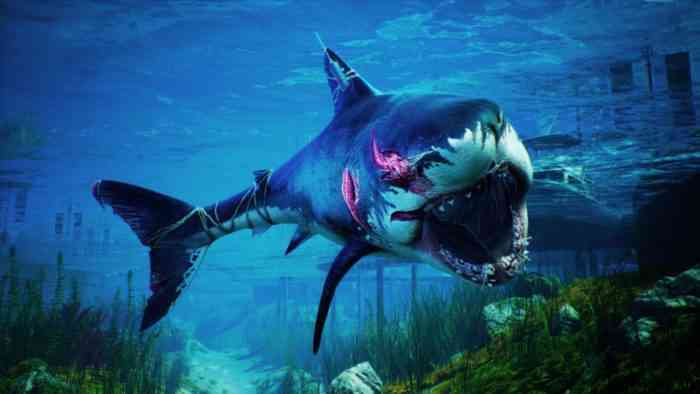 Maneater will be available on PC, Xbox One and PS4 on May 22, 2020, with a Nintendo Switch launch date TBA.

Outriders Video Review – Packed with Potential
Next Chivalry 2 Is the Rising King of Medieval Warfare Games
Previous ScourgeBringer Is A High-Flying, Frustrating Delight