ScourgeBringer Is A High-Flying, Frustrating Delight

Roguelites have spread far and wide, blanketing the lands in jagged-edged snowflakes and calloused thumbs. You can’t spit without hitting six new hot concepts centered around suffering and a slowly expanding skill set. So what separates ScourgeBringer from the rest of the pack? Purity and simplicity. This is a roguelite without bloat, without chaff. There is only your skills and your sorrow, to be gathered in equal measure. Also the controls favor repetition, perfection, and obsessive practice. Let’s dive in!

You play a white-haired stabbing enthusiast named Kyhra. Jumps, dashes, and attacks all keep you airborne. On top of that, you can execute these moves in any direction you like. The air combo possibilities are numerous and ever unfolding! With a little practice, you can leap from one enemy to the next, clearing a whole room before you ever touch the ground. Better still, you can run up walls like nobody’s business. In other words, your personal mobility is just about limitless. So of course, the enemies you face are relentless murderers. This is the trade, after all. It has ever been this way, since roguelites first emerged from the surf to hold our heads under the salted waves.

Dash and Slash Without Cease

Don’t let these bastards have a moment’s reprieve. They’ll use that moment to break your legs and loosen your teeth, no exceptions. Every enemy, no matter how innocuous, is capable of tripping you up and laying you out. If you lose your focus, you can go from full health to a quarter in 30 seconds. Invincibility frames are an exploit they can easily work around, their attack patterns can sync up like symphonies, and there’s almost always a second wave. Expect to lose several runs just learning their moves and when they use them. Not that you’ll be lacking in chances to practice. 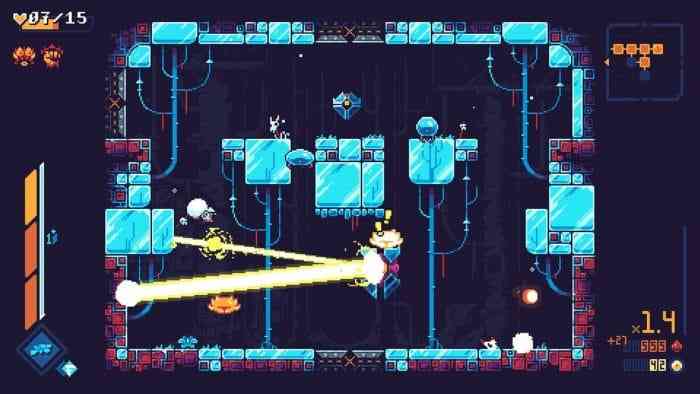 This leads to one of my big gripes with ScourgeBringer so far. Some roguelites come with checkpoints, achievements that don’t need to be repeated, to give you some breathing room. Not so here! If you die in the second stage, you’re starting from the very beginning, with the level boss back and ready for another round. On the one hand, this makes it easier to farm for upgrades. On the other hand, it’s debilitating. I did this! I’ve no inclination to do it again! Plus, your limited health and near non-existent recovery options mean that small mistakes can be very costly. Were it not for the fast pace of every run, this repetition would go from flawed to insurmountable. As things stand, you do build some impressive muscle memory after a little while.

On the impressive front, you’ll find yourself performing incredible feats in short order. Alternating between slashes, dashes, and well-timed shots lets you make short work of most foes. The major impediment to your success is, more often than not, a matter of numbers. You can’t just be mowing people down. You’ve got to work in artful dodges between the rest of your deadly ballet. Most importantly, you can’t relent, either in focus or in feats of skill. The massive gaps between healing opportunities (if any actually arise) mean that perfection is your only path to success. If that sounds intimidating, it’s meant to.

No Time For Mistakes

Yet, there’s a pure joy in overcoming these massive hurdles. The first time you crush a mid-boss or a stage boss, you feel like the mountain is beneath you. Even if several more mountains await, that sensation persists. I may be crushed under the weight of this thing, as I am with all roguelites, but the moment-to-moment execution is still full of grace. Your limitless mobility, combined with a pounding soundtrack and clean visuals, makes every failure quite bearable. I would love to see some checkpoints though. There’s no point in weighing me down with skill tree currency if I can’t spend it until more progress is made. I hate the jarring, rattling sensation that comes with every hit you take, but I recognize that this is a necessary evil. How can we learn to fear this pain, unless it is truly terrible to experience?Although the game is presently in early access, the whole thing already feels quite polished. Whatever happens between now and the full release, ScourgeBringer is shaping up to be an excellent entry in the massive roguelite landscape. 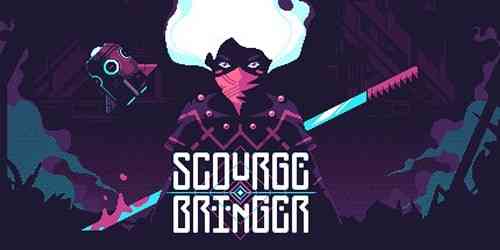 Get Trapped in a Roman Time Loop With the Forgotten City