Souldiers is more or less built entirely out of buzzwords. This is a pixel art Metroidvania with soulsborne elements chucked in for good measure. On paper, this sounds like an actual nightmare. In practice, the game is quite delightful! The art direction is crammed with gorgeous details, the combat feels slick, and the challenge level is finely honed. If Souldiers feels familiar at first glance, that’s because it is. And yet, the end result is still a lot of fun.

You play a single member of a massive squadron that’s been deceived, betrayed, and doomed to die. The Valkyries take notice of your plight, offering you a chance to continue your fight beyond your destined death. You’ve got three classes to choose from, Scout, Caster, and Archer. I found the Scout to be the most accessible, although they’re also the simplest. Caster and Archer are more powerful, but resource management gets trickier. For a first playthrough, I recommend the Scout. There’s just so much to learn in terms of movement and combat, you see. Best not to add ammo and cooldowns on top of all that.

Keep It Simple With The Scout

Although combat is pretty tough (depending on your settings), the controls are fluid and intuitive. Dodge rolls and blocks are quite simple, while jumps and strikes are nice and responsive. I ran into input troubles with the analog stick every once in a while, but it was pretty rare. At least as far as the Scout goes. I found Archer’s shots a huge pain to learn the timing for. Caster is more reliable, but their strikes seek or fly straight using immutable mechanics. Your mileage may vary, of course. 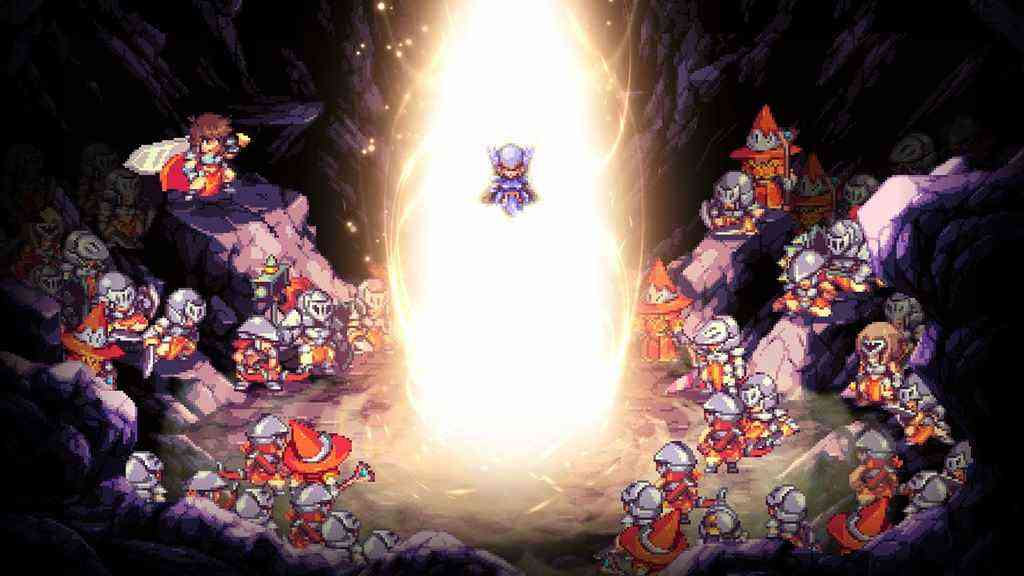 Another oft-used tool in the indie games kit is pixel art. Make no mistake, however, Souldiers goes above and beyond in this department. Every character and background is lovingly rendered. Every animation is fluid, and all the enemies look awesome. Although I’ve little to say regarding the story, the art tells a tale of its own. Your fellow fighters are plucky, persistent, and a bit overwhelmed. The world you’ve stumbled into is massive and terrifying, but not insurmountable. There are hints that speak of a greater mystery, and vistas that offer hope. Every new section unfolds a bit more of this unspoken epic.

As far as the soulsborne influences go, they’re lightly applied, and to great effect. Enemies respawn when you save the game, and you can travel between save points. Every enemy encounter is tough, but not nearly to the degree that ‘soulsborne’ implies. Bosses are a different matter, but it still feels more approachable. Side-scrolling boss battles rely more on clear patterns, the kind you can quickly memorize. Even after fifteen attempts on the first big boss, I never felt frustrated. I just had to slightly adjust my strategy, and things would eventually go my way. 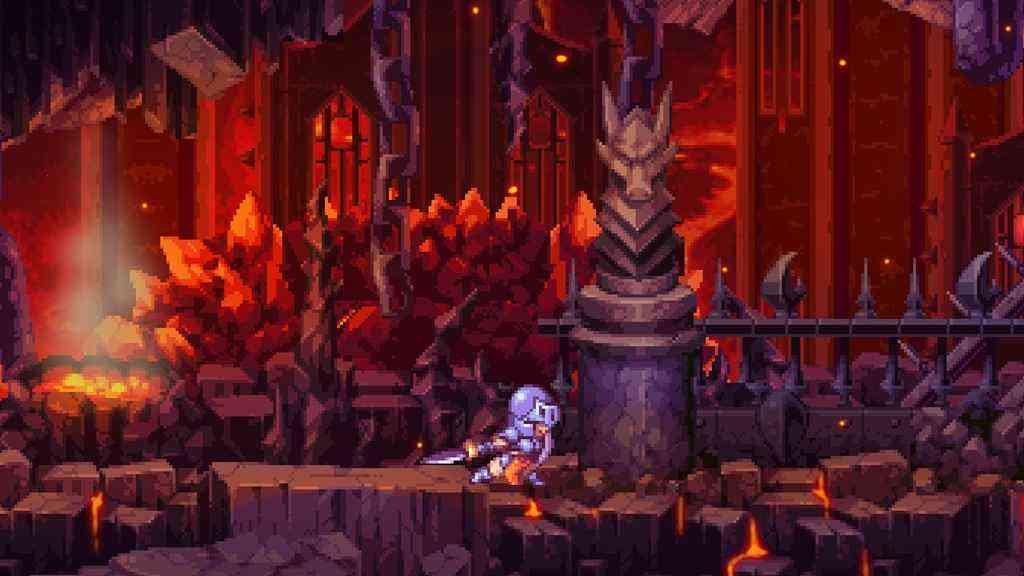 Exploration comes with some much-needed modern touches. On top of the save spot fast travelling, points of interest are automatically marked on your map. Things like bombable walls, locked doors, unopened chests, and barriers are all clearly laid out. It’s a small feature that makes a big difference when you’re backtracking. Since this is a Metroidvania, you’ll be doing a fair bit of that. The maps are laid out to try and minimize this, but you can never eliminate backtracking. For a Metroidvania game, retracing your steps is a feature, not a bug.

Playing the PS5 version, things ran smoothly, with a couple tiny exceptions. Saving the game and switching between major areas produced some slight hitches. The game never crashed, but you could feel the engine grinding off-stage. There were a couple other minuscule hitches, but nothing to be concerned about. Having not played any last-gen versions however, I’m reticent about blindly endorsing them. Either way, it’s nothing that can’t be smoothed over with a patch or two.

It’s All Down To Your Skills

You’ve got a host of RPG elements to play around with, but they almost feel extraneous. Accessories, perks, and levels all play second fiddle to your developing mechanical skills. The stage and enemy layout discourages level grinding, and each level comes with minor gains. Equipment can change your stats, but it’s all rather ephemeral. Icing on the cake, so to speak. Your progress is clearly connected to your own abilities, which I’m totally fine with. It just makes the RPG elements feel like window dressing.

For a game composed of familiar elements, Souldiers still managed to surprise me. If nothing else, the game’s execution is exemplary. Even if you’ve played a ton of pixel art, soulsborne, and Metroidvania titles, this particular blend is a satisfying one. The art direction is beautiful, the controls are tight, and design is rock solid. If you’re looking for a new 2D adventure, Souldiers will easily scratch that itch. 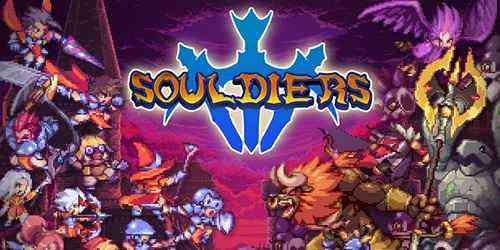