The basic concept of the game is that the player is trapped in a time loop. The city is doomed because one of its inhabitants is about to break the Golden Rule by committing a sin. By talking to the citizens, watching how events play out, exploiting the time loop, and good old trial and error, the player will have to figure out a way to save the city. 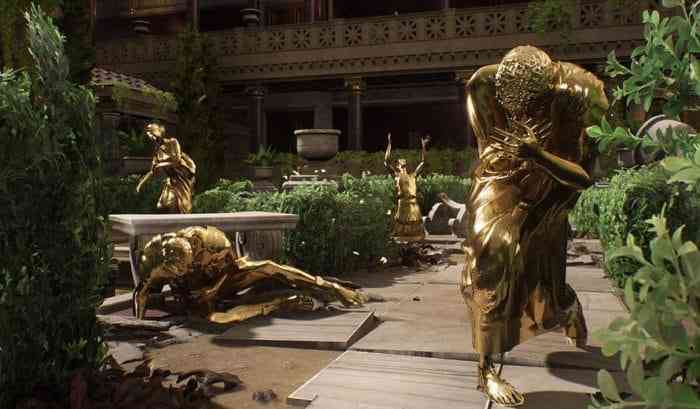 By learning things from previous attempts, the player can unlock new dialogues with NPCs in new time loops and unlock even more options and avenues to explore. You can also gain tools such as the bow, which will turn people and objects in the environment to gold when struck.

By watching the launch trailer and seeing how the game operates, you can see the roots of the game as a Skyrim mod. The way the bow fires and interactions with NPCs have a Skyrim/Fallout feeling to them. The Forgotten City is out now for PC, PS4, PS5, Xbox One, Xbox Series X|S, and Nintendo Switch.

Have you tried the Skyrim mod or will you try out the full game? Let us know in the comments below.