From its earliest days, VR gaming has had its doubters, and there are still a few to this day. But VR continues to stubbornly defy them all, as its install base continues to grow and headsets like the PSVR and Oculus Quest 2 move millions of units. Sorry haters, but VR gaming is here to stay — in fact, this year has been among the best for great offerings on all VR platforms. Here are 5 of the best VR games from the first half of 2021. 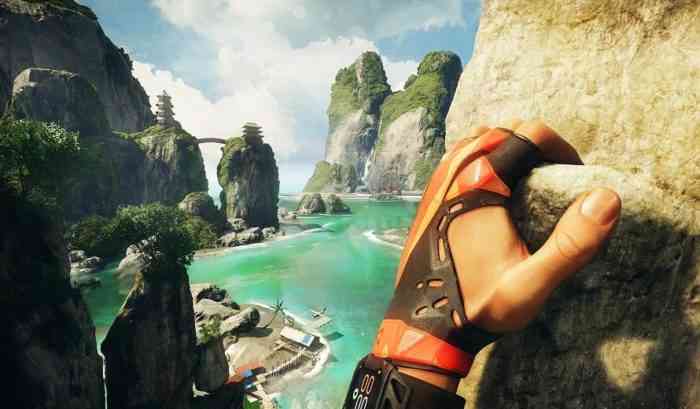 5. Wraith: The Oblivion – Afterlife  — Released April 22 on All VR Platforms

Wraith: The Oblivion – Afterlife, from Swedish studio Fast Travel Games, is a horror game perfectly suited to VR. You play a recently-deceased spirit who must float, disembodied, through a huge creepy mansion in order to find out why and how you died. Unlike many other horror games, Wraith: The Oblivion – Afterlife doesn’t lean heavily on jump scares; instead, it makes masterful use of loneliness, eerie silence, and unsettling scenes to toy with your mind and instill a creeping sense of dread rather than any cheap, sudden shocks. Terror hangs in the air of Barclay Manor like a fog, surrounding you and making each new room and turn of a corner a butt-clenching experience, always straddling the line between excitement and nausea. As our own Thi Chao said in her review, “Wraith: The Oblivion – Afterlife creates an incredibly compelling narrative with a world that compliments it fully.” And in the 360-degree environment of VR, you’ll never shake that feeling of having something behind you — because a lot of the time, there is.

If you are looking for a serene, relaxing experience, but you also want to feel intense fear, then The Climb 2 is a perfect VR experience for you. Yes, those two emotions might seem contradictory, but somehow developers Crytek make it work, delivering an unsettlingly-realistic climbing experience that really demonstrates the degree of immersion that VR is capable of. While its predecessor, The Climb, took place in natural environments like rock faces, this sequel places you in urban landscapes like skyscrapers — and for some reason it dramatically raises the death-defying stakes. If nothing else, The Climb 2 is a great workout as you physically reach for and grab handholds while fighting sweat and your stamina meter, doing your best not to slip and plunge to your doom. And those gorgeous hyper-realistic environments are almost a curse, tempting you to stop and look around and then get hit with immediate, vertigo-paralyzing regret once you realize how frickin’ high above the ground you are. Anyone with an Oculus — and a stainless-steel stomach — needs to check this one out.

The Sniper Elite series of games is well-known for its visceral, authentic shooting, with that infamous X-Ray Kill Cam animation — a slo-mo close-up of your perfect shot sailing through the innards of your target — a thrilling if gory little visual reward that never gets old. And now, Sniper Elite VR ups the immersion to the next level, bringing you closer to the sniper’s world than ever. Using regular controllers or, better yet, a PSVR Aim controller, you’ll use your scope, hold your breath and stalk your prey in the most authentic sniper shooting experience out there, short of signing up for Special Forces in real life. In our review of Sniper Elite VR, Lou Sytsma raved that “it’s got great gameplay, excellently designed levels, and the best scope use of any game to date.” Check this one out for yourself, and you’ll see why Sniper Elite VR is a game that brings new meaning to the phrase “surgical strike.”

2. Demeo — Released May 6 on PCVR and Oculus

Demeo is, quite simply, the best recreation of a tabletop RPG board game experience you can get in VR right now. Teamed up with up to three other humans in a co-op campaign through a Dungeons & Dragons-like quest, you physically move your chosen hunter, sorcerer, assassin or guardian game pieces and play ability cards on a virtual game board. There’s even cool D&D dice that you pick up and roll! While the game itself is a bit straightforward and lacking in-depth, the real thrill of playing Demeo comes in the coordination and teamwork involved in successfully fighting through its virtual catacombs. You’ll be swarmed by all manner of trolls, spiders and other monsters in your sojourns through the sewers, but it’s a major rush when you and your team manage to work together to get through it all and defeat the final boss. And on top of all that, there’s a whole new DLC — Realm of the Rat King — that’s just been added at no extra charge.

Ok, admittedly Hitman 3 VR has its issues. The graphics are unimpressive, and it doesn’t incorporate motion controls very well. But those limitations can partly be attributed to the weakness of the PSVR, to which it is an exclusive and which is a VR system that’s starting to show its hardware limitations. But still, even with those complaints, Hitman 3 VR is an amazing VR title that you need to experience. It faithfully brings all of the content of the base Hitman 3 game to your PSVR headset — that’s all of the missions, with no content removed. But that’s not all! You also get access to play the previous games in the Trilogy as well — again, all in VR. That’s astounding, and it certainly makes Hitman 3 among the most content-rich VR titles yet released. Our man Paul Sullivan called Hitman 3 “a fantastic way to spend a few dozen (or hundred) hours.” Now imagine that, but in VR, and you can see why this one is a no-brainer.

Those are the Top 5 VR Games so far in 2021, but there’s still lots of time left in the year. We’re hoping to see some more heavyweights come to VR later in the year, like After the Fall and Assassin’s Creed VR. These promising titles, plus the 5 we’ve just mentioned, show that VR gaming is as strong as ever, and it’s only getting better. How about you? What’s on your list of best VR games this year? Which ones are you looking forward to? Let us know below!