What makes a fictional story exceed its scope and become something more? It’s the same quality that makes a video game rise above its kin. Verisimilitude. The ring of truth. Or, if you prefer, authenticity. Or better yet, feeling real. Sniper Elite VR has that vibe. And because of it, this single player game pulls you in. This is no small feat. Especially since the game does not impress out of the gate.

Content Creator juggernaut Rebellion Developments is well known in the gamer community for their Sniper Elite and Zombie Army series plus so much more. They are most famously known for their unique X-Ray Kill Cam which follows the trajectory of a bullet not only from gun to a target but into the target. Upon bullet entry, an X-Ray view of the victim explodes with bloody, bone-shattering, organ destroying, visceral glory. It has become Rebellion’s signature mark. For the PSVR version of the game, Rebellion enlisted game developer J.A.W. – Just Add Water. Sniper Elite VR is the result of this collaboration and it bears all the earmarks of the Sniper Elite series, including the previously mentioned X-Ray Kill Cam.

This version of the game takes place during World War 2 in Southern Italy in 1943. You play as an Italian Resistance Fighter valued for your sniping skills. The game invokes memories of the early Medal of Honor games. Your mission is to drive back the Nazis until the Allied Forces can come to you and your comrades aid.

There are only two types of missions. One where you play as a sniper and stay stationary in one or two locations. The other type is stealth based, where you infiltrate an enemy base and move through it trying to remain noticed. Upon reading this, you are probably thinking – only two mission types? How can this game be any good? But it is good because of several factors. The first is level design. These are some of the best levels you will encounter in a game. They are split between village settings and enemy bases.

Next are the mission objectives. Some require you to be defensive while for others you must go on the offensive. Within each of these styles, there are several ways to approach each mission. You can be stealthy and stay on the periphery or you can get down and dirty, putting away your rifle and using machine guns, pistols, grenades, rocket launchers and other melee weapons. Another flavor that changes your approach are the customizable weapon loadouts you can create. To help you decide which weapons you favor, there is a practice range to try out all the available weapons too. 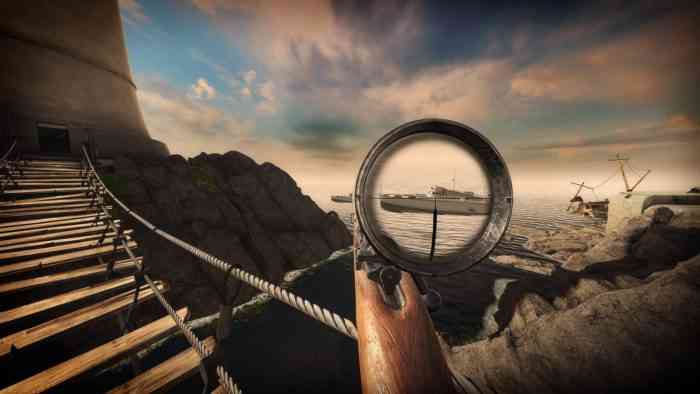 There 18 missions in total. This adds up to between 10-15 hours of game play. Each mission has a set of objectives you must complete. Fortunately, there are checkpoints to save your progress. As mentioned earlier, the game doesn’t make the best first impression, as it throws you into a mission with no preparation. Your initial mission is to protect your village, but the level is short. You’re likely to start worrying that this is going to be another one of those VR experiences that are done in an hour rather than a true game. No need to worry. Later missions are much longer and this is indeed a full game.

With the first mission finished, you are sent to the rebel hideout, which doubles as a practice range. It’s here that you get the first opportunity to try out the various weapons. And you get to fine tune your marksman skills using the scope.

The Sniper shooting mechanic is fantastic. Using the scope is seamless. You simply bring the scope up to your eye like in real life. There is no cutting away or screen reloading. To improve your aim, the game uses the L2 trigger to simulate holding your breath as you zoom in on your target. You have a limited window of opportunity to draw a bead on your target. Wait too long and you lose focus, making it harder, if not impossible, to take a shot.

I mentioned earlier that aiming is spot on – be it with scope or pistol iron sight. The PSVR version of the game support all three controllers. I rank them below in increasing order of immersion: 1) DualShock, 2) Moves, and 3) Aim Controller. While all three work well within the game, there is no contest as to which controller is the best. The Aim controller is made for this game. A DualShock works well but, it feels like what it is, a controller. The Moves have the advantage of allowing you to dual wield machine guns and pistols.

Within each class of weapons, there is an excellent variety that corresponds to the time period. Each has their own characteristics which make them feel unique. All of them sound great. Another useful attack is firing upon explosive containers like gas cans etc. to take out multiple enemies. These items show up in the levels highlighted in red.

To add to the replayability, there are leaderboards for not only the missions but the practice range too. There are also collectibles to entice thorough exploration of each level. For stealth missions, there’s the bonus of completing them without being spotted by anyone. 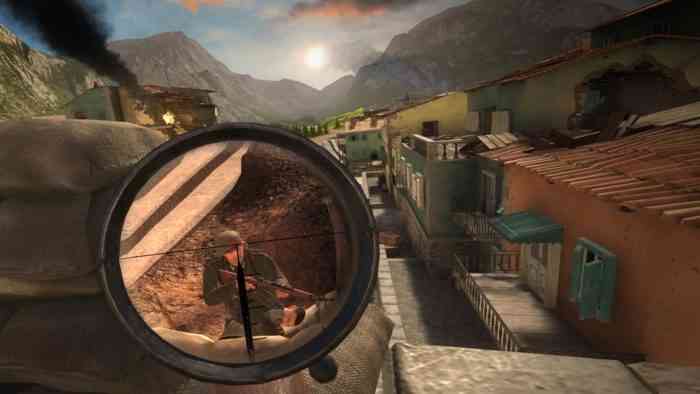 The game comes replete with options which allow full customization to your liking as well. On the VR side of things, you can dial in the amount of immersion desired. So you choose teleport versus free movement. On the gameplay side, you can choose to make the game as realistic as you desire. So you can choose between easy, normal, or realistic difficulty. You can turn autoload off. There are options to turn off the hud or dial down how much info to display. The game does not forget about left handed players either. They can swap the controls. You can also choose the frequency at which the X-Ray Kill Cam displays your kill shots.

This is a fantastic use of VR. And excellent use of the Aim Controller. The level of immersion provided by this peripheral is unparalleled. So much so that if there was a tripod attachment for the Aim, I would buy it. Just so I can truly feel like a sniper setting up the shots. Sniper Elite VR is the complete package. It’s got great gameplay, excellently designed levels, and the best scope use of any game to date. While the game may have some graphical blemishes, Rebellion has stated that a day one game patch will be available to address them plus other items. 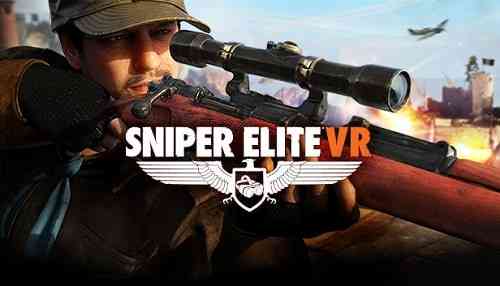