We’ve all played games that have one or two elements that are strong enough to carry the entire experience and possibly make us forget about the missing stuff. Sometimes it’s graphics, or memorable characters, hair-raising atmosphere, or precisely tuned combat. In the case of Boomerang X, an arena/wave-based shooter from DANG! and publisher Devolver. that One Strong Thing is the game’s primary weapon, a sentient four-pointed throwing star around which the five or so hours of playtime revolves.

Some games ease the player into a story, but Boomerang X gives us a weapon, tells us how to use it, asks us to kill weird stuff, and use it to open passages to the next area. As we make our way to the first arena and then beyond, we learn about special powers the weapon has, like the ability to teleport us to unreachable locations or to slow time. Although it’s a short experience, Boomerang X continuously opens up new possibilities for its titular weapon and then presents challenges and waves of enemies or bosses on which to use our newly learned skills. Eventually, we can use powers like a shotgun blast and a laser-like beam. Be wary: some abilities are on cooldowns.

Not too long into the game you suddenly realize just how acrobatic you’ve become, with many enemies perched on high platforms or requiring precisely timed shots from above or underneath to find their obvious weak spots. One of the nice touches in Boomerang X is that you don’t have to kill every enemy, but dispatching a certain number will progress you to the next wave. There are healing stations in each arena, but timing their use is another challenge. There are also a lot of accessibility options and ways to dial in the ideal experience. 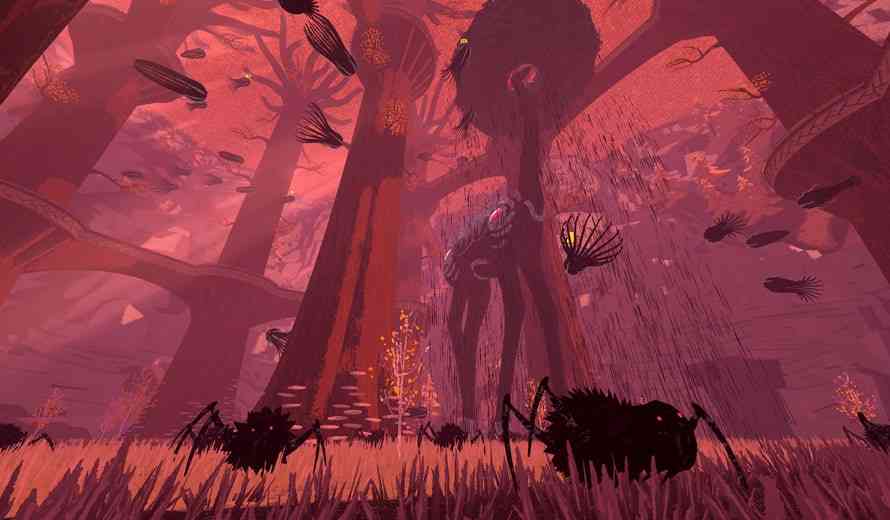 The cel-shaded environments and arenas through which you explore and fight are riotously colorful, varied from area to area, abstracted, and intentionally lacking in realistic detail. They’re interesting to look at but more often than not are wide open empty spaces into which the monsters spawn, or levels built to force the player to make use of a boss’ boomerang’s special moves. Like many aspects of Boomerang X, the arenas don’t do much more than suggest a story, and most of the monsters consist of vaguely humanoid shapes, inky flying blobs, inky crawling spiders, and a handful of others, with bosses becoming ever more challenging and inventive in their threat. Now and again a friendly critter will pop up to drop a crumb of narrative or mechanic, but these are unvoiced and not particularly engagingly written. Eventually, the world and your place in it make sense.

Because there isn’t much story, few characters, and the player is initially a cipher with two bandaged hands and a weapon, there’s a lot of pressure on Boomerang X’s platforming and combat to carry the experience from start to finish. If this was a longer game, it wouldn’t be enough, but in this case, the length of the game and the complexity or possibilities of the weapon, special abilities, and its moves are in perfect alignment. Using the boomerang at different speeds, as a teleportation device, as a ranged weapon, and to enable jumps to high platforms is fluid and effortless once mastered, but I have to admit that the constant rubber-banding and short bursts of movement that is central to using the weapon was motion sickness-inducing, at least for me. Objectively, wave-based arena combat is a totally legit mechanic and has been the foundation for many games. In the case of Boomerang X, the repeated pacing of combat arenas separated by generally non-combat focused shorter transitional environments turned somewhat predictable, especially given the often-repeated roster of enemy types in each arena. 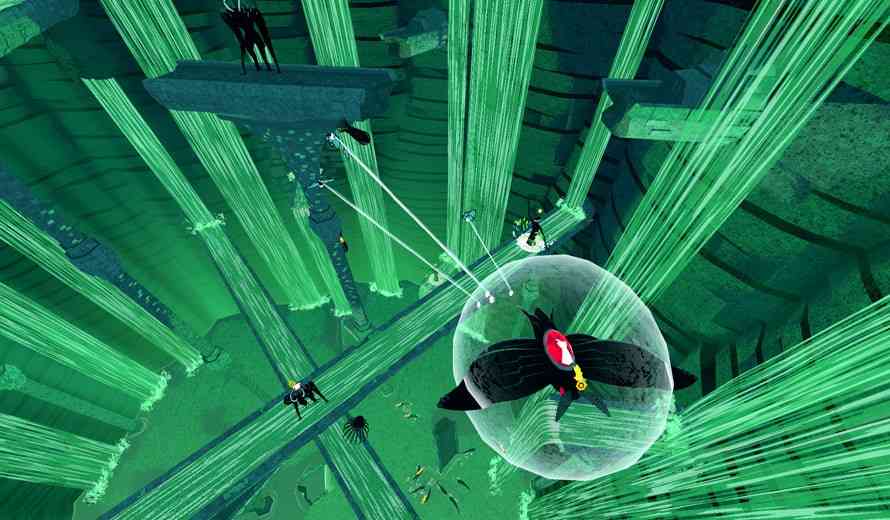 To dismiss Boomerang X as little more than a tech demo would be unfair, but it is also hard to ignore that the game skimps on a lot of elements that would give it depth and replayability or really make the player engage with something more than throwing a weapon to kill waves of enemies, no matter how initially satisfying that can be. Not everyone is going to love the attention-getting and specific art style and level of abstraction, or the bare minimum story or lack of interesting characters. That said, a game that knows how to balance its strengths with just enough story, gameplay, and challenge is worth playing, and Boomerang X definitely knows its strength. 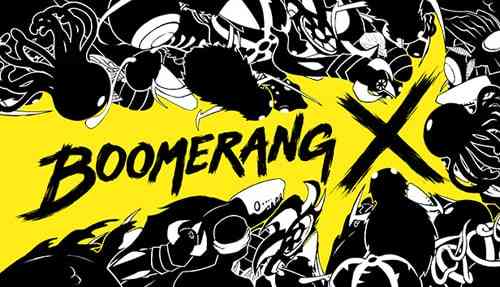