This might be the best first person Boomerang game I’ve ever played. Admittedly, it might also be the first one I’ve ever played, but the subgenre is starting out very strong. There’s no fat on this thing. You wake up on an island, discover the weapon in question, and get to work. The world is full of things that need ‘rang-ing, and you’re the one to do it. No this article has no intro, and it doesn’t need one! I mean, Boomerang X sure didn’t. You might be thinking, a ‘rang seems like a clumsy weapon to be using constantly. Well, the first power you get is the power to call it back to you.

This is the first sign you get that levels will be moving quickly. At first, you’re at the mercy of the weapon, dodging enemies until it finds you again. Suddenly, you’re hucking that thing seven times in a row, shredding rooms full of baddies with breathless ease. From there, every power only adds to the chaos. Soon, you’re whipping around every stage as much as the boomerang. The levels get tough, but you get tougher. By the time you unlock slow motion the ground is mostly a suggestion you’re ignoring as you ‘rang your enemies into oblivion.

A Whirlwind of Leaps and Blades

My time with Boomerang X wasn’t totally lacking in story. Beyond the tidbits of lore offered up by helpful NPCs, the environment tells a whole story of its own. The scattered wreckage, the slumped bodies, and even your bandaged hands hint at some secrets to be uncovered. With a game like this, one so laser focused on high speed action, it makes sense to keep the narrative baked into the background. The rare moments of downtime can be spent wondering about the cataclysmic events that preceded your arrival. In fact, the space between each burst of violent frenzy is quite peaceful. 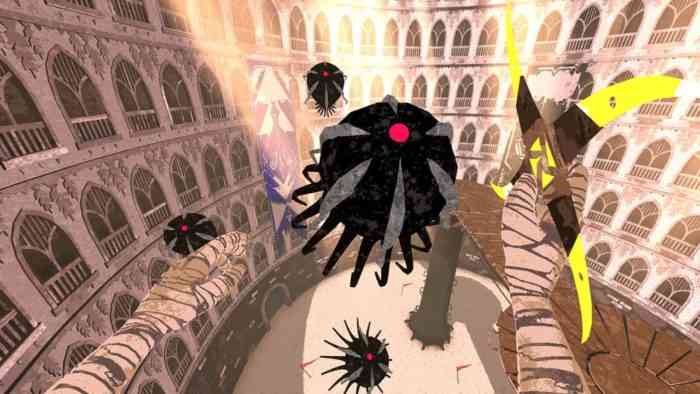 Not only are your combat skills getting steady upgrades, but your vitality is as well. I know it seems crazy obvious that this would happen in a video game, but devolver digital action titles are not known for their forgiving, gentle design. The fact that you can get hit more than once in a first person melee action game is worthy of serious praise. The fights make up for this by being several waves long, but still! At least when you’re barreling through a stage at 100 miles an hour and you graze a spider’s leg, it isn’t instantly fatal. Having history’s best boomerang should you make you feel like a total powerhouse, not a glass-boned hobbyist.

One thing I wasn’t crazy about was the lack of music in the exploration sections. This is rooted in deep personal bias, but music is so good at generating atmosphere. I understand the reason behind its absence while you’re wandering these beautiful ruins, but I still miss it! Silence can be spooky as well, but you can’t go wrong with some haunting, discordant melody. Beyond the silent sections, I was hard pressed to dig up many flaws. It turns out when you make a game this lean, there’s little room for gristle. To be clear, there is music while you’re fighting! It’s an almost subconscious set of rhythms that pair with the action to elevate your heart-rate and keep you properly wired up. I just like a little more rhythmic accompaniment while I’m walking through the hollowed bones of a broken world.

This is a compelling, well-balanced game. You’re made curious by the cryptic narrative clues. You waste no time at all getting to the boomerang bits, which are all of the game. The new powers are added smoothly and steadily. Plus, the moves themselves are crazy fun. I can’t wait to see what the final product looks like. what new powers will be added? What kind of haunted, peaceful biomes will you be able to explore? We’ll learn all of this and more when Boomerang X launches later this year. 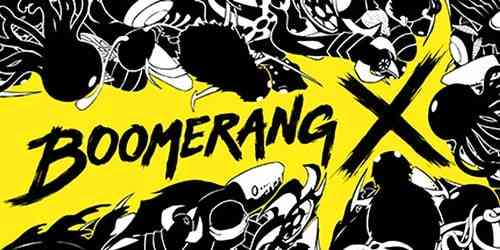 Steam Now Supports Nintendo Switch Joy-Con Controllers
Next Out of Line Hands-on Preview – Welcome to the Machine
Previous Diablo 2: Resurrected Is Just as You Remember It