Out of Line Hands-on Preview – Welcome to the Machine

Out of Line Preview

Developer Nerd Monkey’s Out of Line starts like so many recent high-concept puzzle platform games, with a gentle, wistful introduction that within minutes turns into a terrifying yet somehow lovely dystopian factory world. In some ways Out of Line looks like a lush, hand-painted children’s book, albeit one about a tribe of identical, nearly faceless children trying to escape relentless pursuit by immense mechanical claws and the shriek of omniscient searchlights. I don’t know what the full game has in store, but the preview is moving, scary and mechanically challenging.

You play as San, a rudimentary yet expressively painted child and the game begins simply enough with simple puzzles based on jumping, sliding rocks onto pressure plates and some basic timing-based platforming. Not long after you get your primary tool, a bright yellow spear that has an ever-expanding list of uses: a handhold, a platform to jump onto and much more. Your spear can grind gears to a halt and when inserted in specific places, turns into a control lever for moving platforms. Some puzzle games gently ramp up the challenge and complexity, and some toss the player into the deep end of the pool with lead-weighted shoes. Happily, Out of Line is in the former category and one of its strengths, even in a relatively short preview, is how it builds its mechanics, tension and a gradually faster pace. By the end of the preview, the puzzles were much more nuanced and demanded more precision. Since the game doesn’t overtly explain much, there an expectation that the player will experiment with the tools at hand. However, the puzzles themselves do not lend themselves to multiple solutions, even if getting there involves some trial and error and a bit of head scratching.

Out of Line combines a richly hand-painted world, colorful yet oppressive, with a minimal aesthetic when it comes to interface, controls and music. There is no spoken dialogue and at least in the preview, the story is only hinted at. Nevertheless, it is hard to escape the almost primal emotional resonances triggered by the images of children dodging the searchlights and evading capture and I am curious to see if Out of Line develops into a more complicated allegory. 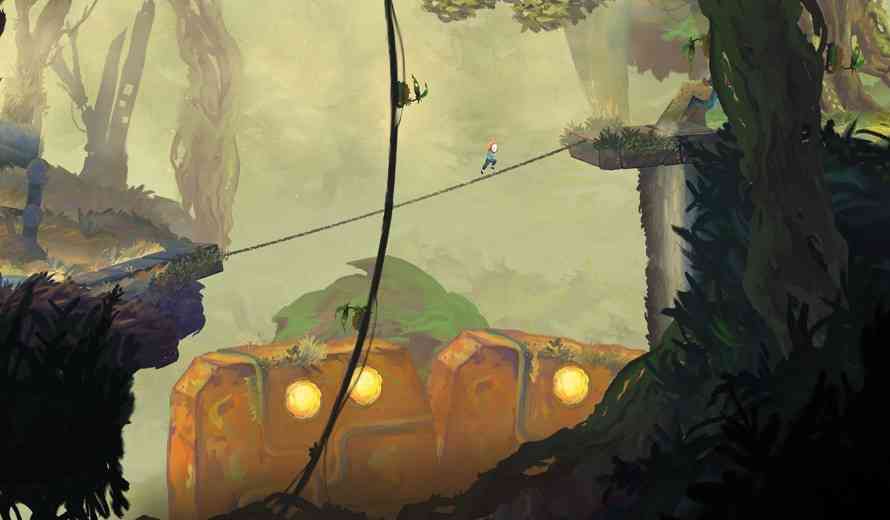 One of the surprises in Out of Line is the subtle way in which the other faceless children transition from being parallel figures in the background to interacting with San. Eventually, San essentially pairs up with another child and the two help each other, alternatively pulling switches and avoiding the monster claws. It doesn’t end well, but the brief cooperative sections are emotionally affecting and no doubt set the stage for later mechanics and story beats.

Come for the Art, Stay for the Puzzles

As noted, one of the joys of Out of Line is the hand-painted environment which strikes an effective balance between abstraction and literalism. There are puzzle solutions hinted at in the world but they are never obtrusive and the game definitely is one of those puzzlers that makes you feel accomplished for figuring something out. Occasionally, a puzzle will require a fairly precise set of gestures, combinations of timing and aiming the spear at just the right pixel and these puzzles can feel a bit more frustrating than others, not because the solution is evasive but the mechanics are just unresponsive enough to get in the way. While we’re griping, even if gently, mention should be made of the music, which was ambient, unobtrusive but also just a bit underwhelming. 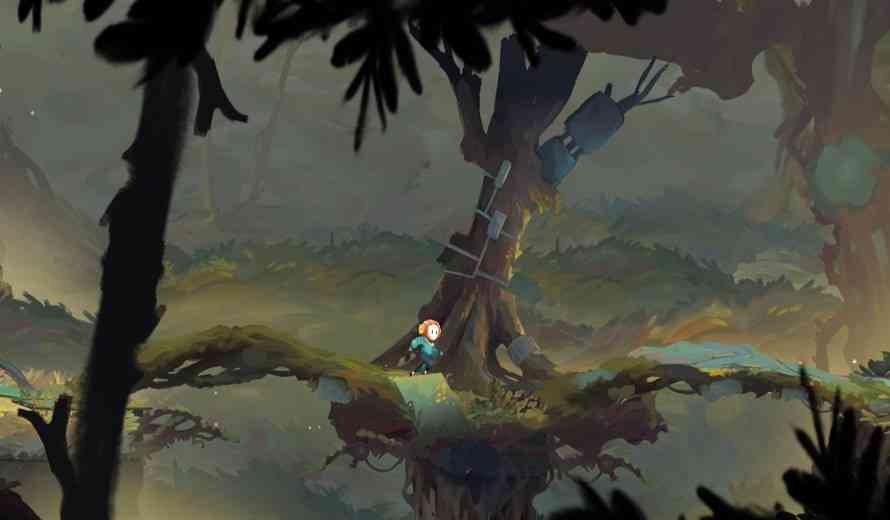 The arty puzzle platformer space is filled with outstanding games, but Out of Line definitely hints at potential excellence. Its art direction is unique, its puzzles are balanced but smart, and its mechanics are simple and flow from and into the story in a natural way. Although it traffics in a dark and potentially disturbing narrative, it does so through appealing, disarming character design and a memorable world. As a fan of the genre and any game with a strong vision, I’m looking forward to seeing how Out of Line develops. 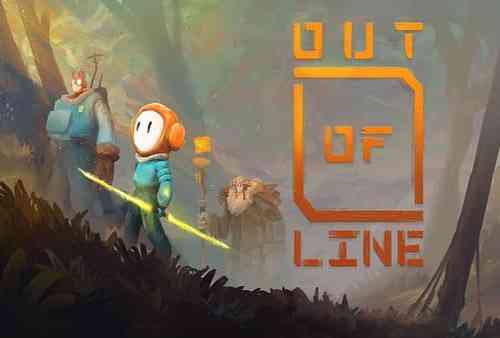 
Lost Words: Beyond the Page Review – All The Feels

We Happy Few Release Date Pushed Back to Summer 2018
Next Pathfinder: Wrath of the Righteous Would Rather Be Interesting Than Polished
Previous Boomerang X Makes A Cool Weapon Even Cooler