Pathfinder: Wrath of the Righteous Would Rather Be Interesting Than Polished

Pathfinder: Wrath of the Righteous Preview

There was a time in the distant past when CRPGs were everywhere. Then there was a fallow decade before they started to make a comeback. You know the kinds I mean- crunchy, isometric games with lots of reading, playing with stats, and selling loot. The genre is in such a healthy place, that not every game needs to be a well-tuned masterpiece. There is room for mediocre CRPGs, and there is also room for experimentation. That’s the zone Pathfinder: Wrath of the Righteous finds itself in. It is a dynamic, messy game packed with cool ideas. Even if it doesn’t rewrite the rules of the genre, it is definitely shaping up to be a must-play for serious fans.

Across the Inner Sea

In case you need a refresher: Dungeons and Dragons is a game that updates its rules every couple of years with new editions. Pathfinder is a game that started out as an adaptation of the third edition of D&D. That means a skill point system, trees of feats, and knotty spellcasting rules. That also means an original setting: the world of Golarion. The first major Pathfinder foray into video games was 2018’s Pathfinder: Kingmaker, which I reviewed for COG Connected. I liked that game well enough, clocking in many hours and giving the experience an 80/100. 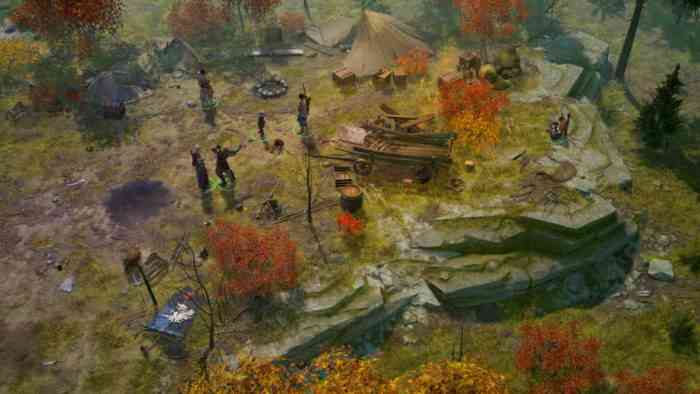 The first thing that struck me about Wrath of the Righteous was how much it felt like a proper sequel. The very first thing you’ll see is the menu, which uses the same storybook format only turned to a different page. If the new game is built on a different engine, it’s not something I noticed; it looks remarkably similar. And for the most part, that’s OK! Kingmaker didn’t light my world on fire with graphical fidelity, but I appreciated its throwback style. And there was so much going on that I stayed engaged with the game for far longer than other RPGs.

But man is this a crunchy game. Combat is built for real-time with pause, but there is a turn-based option too (my personal preference). All of that is fueled by numbers. Oodles of numbers. That’s true in the tabletop RPG too, but sometimes it can be a lot. I played a beta build of the game and I expect a ton of tweaks, but some information is just hard to find, buried in menus. I wanted to look up my character’s chosen deity, and I found the info underneath a tiny icon on the class abilities tree. It’s all there, but not always easy to find.

An Inquisition You Can Expect

The main gimmick that had me going in Kingmaker was the colony building. It wasn’t as robust as what you’d find in a real city builder game, but there were enough choices to keep things interesting and enough impact to make your decisions feel like they were part of an RPG. Wrath of the Righteous isn’t exactly the same, but it has a new general/commander mechanic that reminded me of a fleshed-out version of the Inquisition from Dragon Age. I still haven’t decided if I like the army management as much as the town management in the last game, but I find it similarly engaging and rewarding.

The biggest asset of Wrath of the Righteous may also be its hardest ask. There is a lot of game in this game. Like Kingmaker, it is a very thorough adaptation of tabletop rules, and you will spend a lot of time scheduling watch rotations and sifting through loot ingredients. This is also where its status as a work in progress comes into question. I marveled at how easy it was to assign all my party members to different tasks around camp, but I dread unloading my knick-knacks on a shopkeeper. The store interface feels like it has a long way to go. 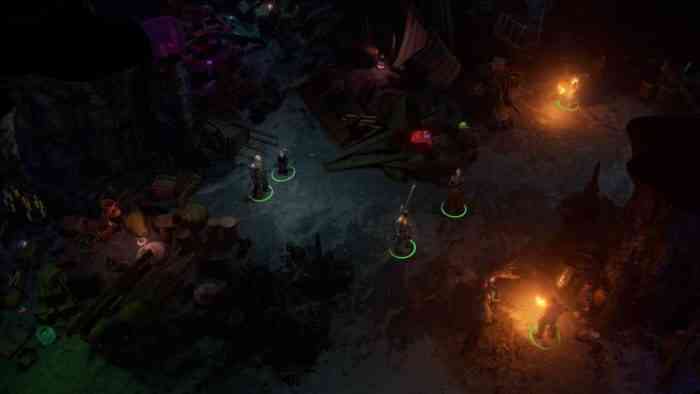 None of that is anything close to a dealbreaker though. The transparency around Baldur’s Gate III has given me a new appreciation on how much work goes into a game like this, and watching it come together is part of the joy. And the game definitely has got it where it counts. I’m talking things like writing, and good characters, and compelling choices. Without that strong foundation, all the menu fixes in the world would be meaningless. But that’s not the case, the dialogue is sharp and funny, the characters are well realized. Golarian is a first rate fantasy world. The tighter the game gets over time, the more of a chance there is that everyone will get to appreciate this fun RPG story.

I’m obligated to tell you that Pathfinder: Wrath of the Righteous is a work in progress. But I’d enthusiastically tell you anyway. It’s no surprise that an RPG of this size takes a lot of time-consuming work. Every meaningful decision the developers create comes with a slew of unforeseen problems to work out. Currently, there are a lot of both: decisions and problems. Checking back in on the game a month out will probably feel completely different. That’s because Wrath of the Righteous is a game confident enough to try things out just to see how they feel. And at the end of the day I’d rather play a creative, messy game than a boring shiny one. And that’s what you are going to get with Pathfinder, a game that crackles instead of sparkles.


Pathfinder: Wrath of the Righteous New DLC and More Announced

Pathfinder: Kingmaker Is Now Free for 24 Hours as Epic’s Next Giveaway

Pathfinder: Wrath of the Righteous is Available Now

Pathfinder: Kingmaker Sells One Million Copies, Unveils Sequel Launch Trailer
Next GetsuFumaDen: Undying Moon is a Hell of a Good Time
Previous Out of Line Hands-on Preview – Welcome to the Machine