Warhammer is a funny thing. It is one of the few intellectual properties that isn’t treated as a precious untouchable thing. Lots of different people make Warhammer games. If you wanted to make a Warhammer game, I don’t think you’d struggle to get the license. As such, there’s potential to have a Warhammer game in every genre. And why not? You like old-school-style CRPGs? Warhammer 40,000: Rogue Trader is the grimdark tale for you.

Warhammer is the most famous tabletop wargame in the world. It’s been running since 1987. Warhammer 40k is the sci-fi end of the story, with bleakness so pronounced it practically swerves into parody. That makes stories set in the Warhammer universe a tricky exercise in tone. You need to believe in the world, while also taking the piss from the self-serious empire ruled by a dead warrior corpse on a throne. There are a lot of Warhammer stories, hundreds (if not thousands) of books plus, comics, audio dramas, and many many video games. 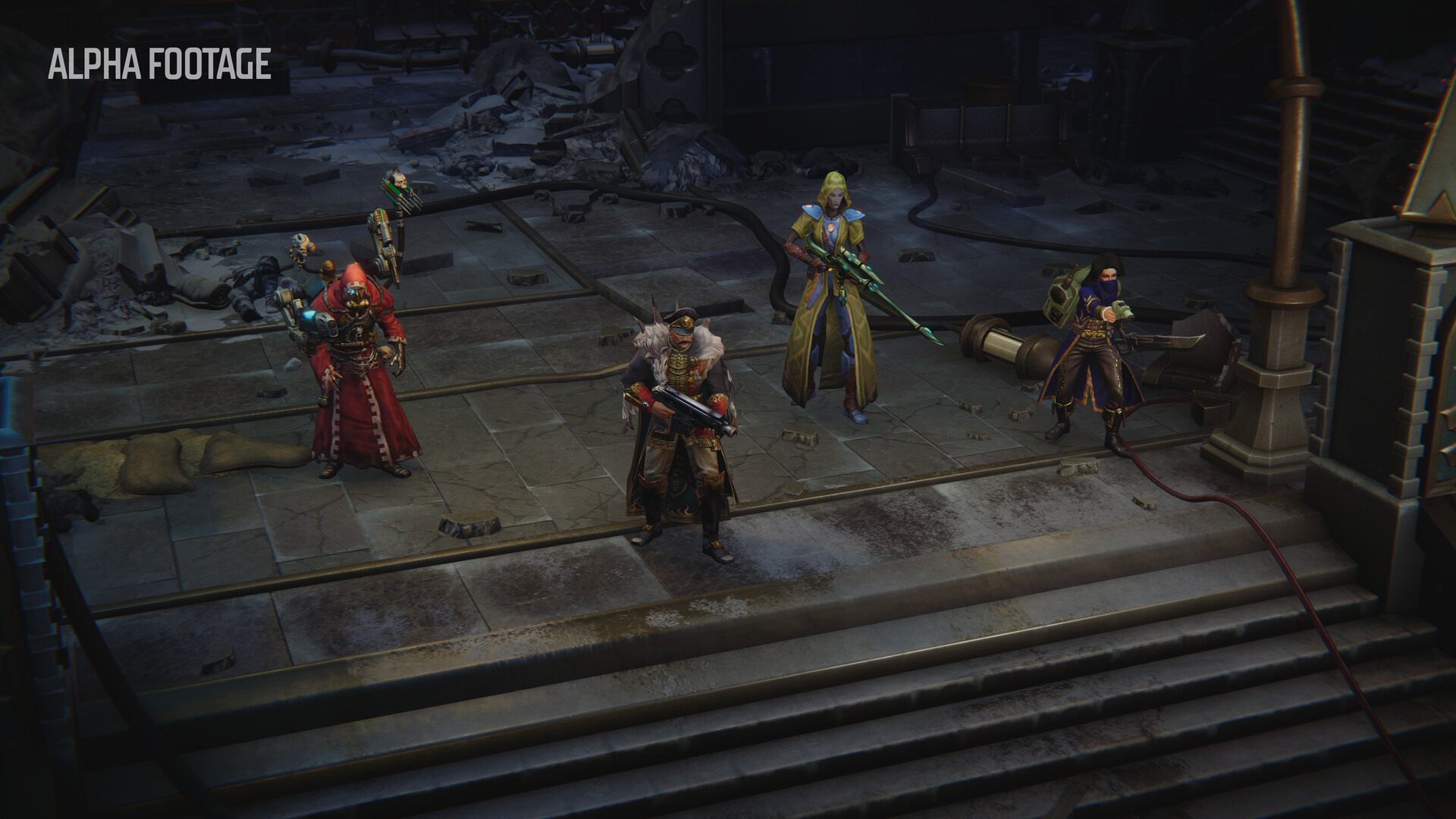 This particular game is an RPG from Owlcat Games, the same Cyprus-based studio that brought us the Pathfinder RPGs (Kingmaker and Path of the Righteous). Those games adapt the popular Pathfinder rules into a digital format, to mixed results. Those game rules never feel quite right when handled by a computer, but both Pathfinder RPGs were clever and well-written enough to carry me all the way through.

A Chance For Glory

Rogue Trader is a unique opportunity for Owlcat. Though there is a tabletop game, as well as a tabletop RPG, there’s plenty of space to create a brand new rules system. And create they did. Rogue Trader is shaping up to be a crunchy RPG with a ton of options. It’s as sharply written as their last few games which means tons of memorable characters, and embarrassingly long exposition dumps to get you steady footing in the world. 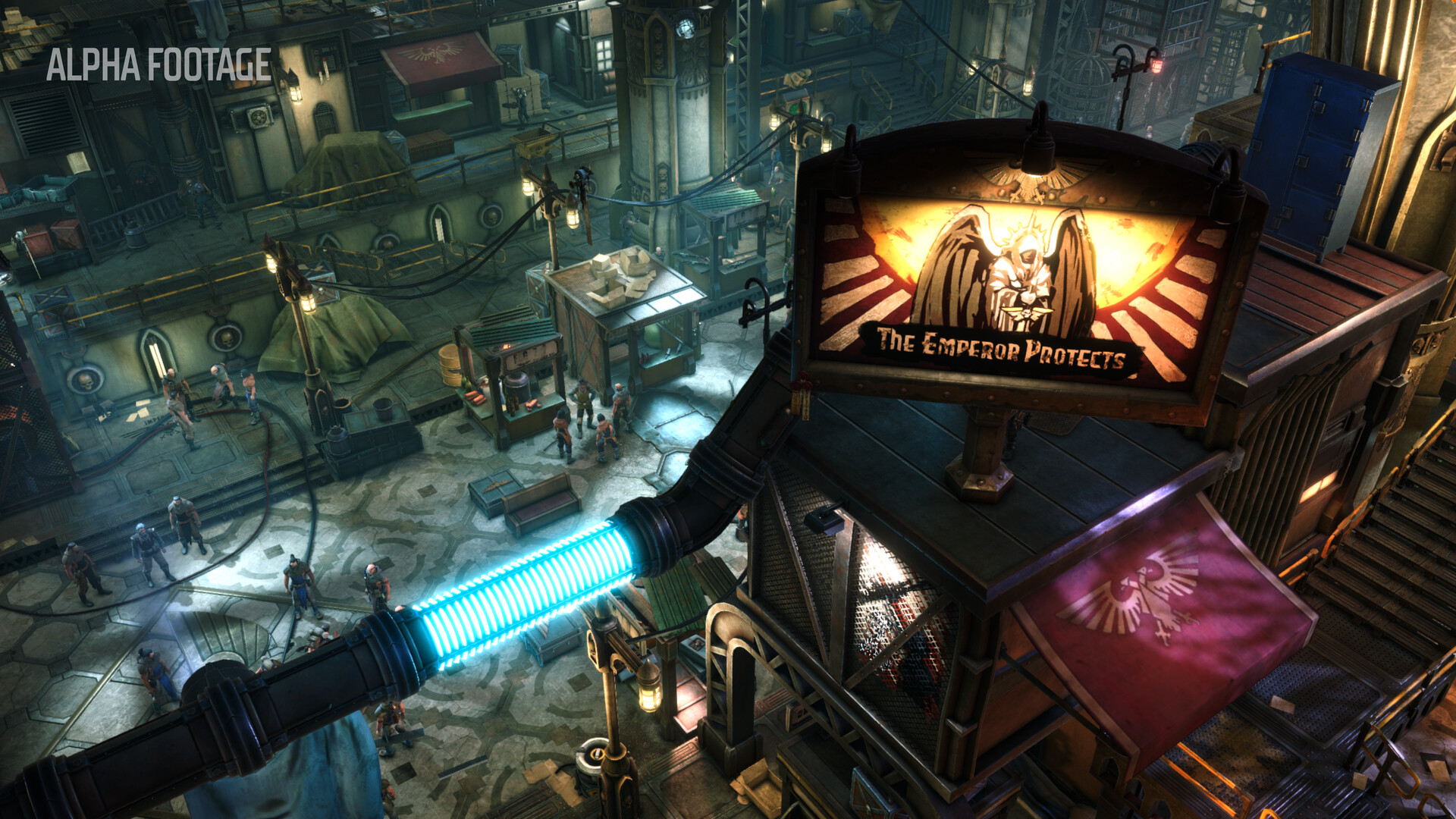 Opportunity means risk, and risk means you sometimes don’t succeed. Rogue Trader’s systems feel sprawling; maybe unnecessarily so. After the opening dialogue, in your first fight, you command a full squadron of bridge officers, each of whom starts with a half dozen abilities. The leveling system is full of numbers and percentages, the kind that no doubt make a difference, but it’s hard to say how. Combat takes place on a grid, is turn-based, and comes with a whole ranged cover system. It’s a huge chunk of XCOM grafted onto a slice of Pillars of Eternity. It’s awkward and unwieldy, but you know…

Grandiose makes sense given the context. Warhammer is over the top. CRPGs are too. Some people prefer their RPG systems a little inscrutable, relishing the opportunity to test themselves. A lot of other people will tolerate the system if the story is good enough, and it is. When you get thrown into a fight against two dozen guys, you know you’ll be able to mow them down with superior firepower. This is Warhammer! You’re the main character! 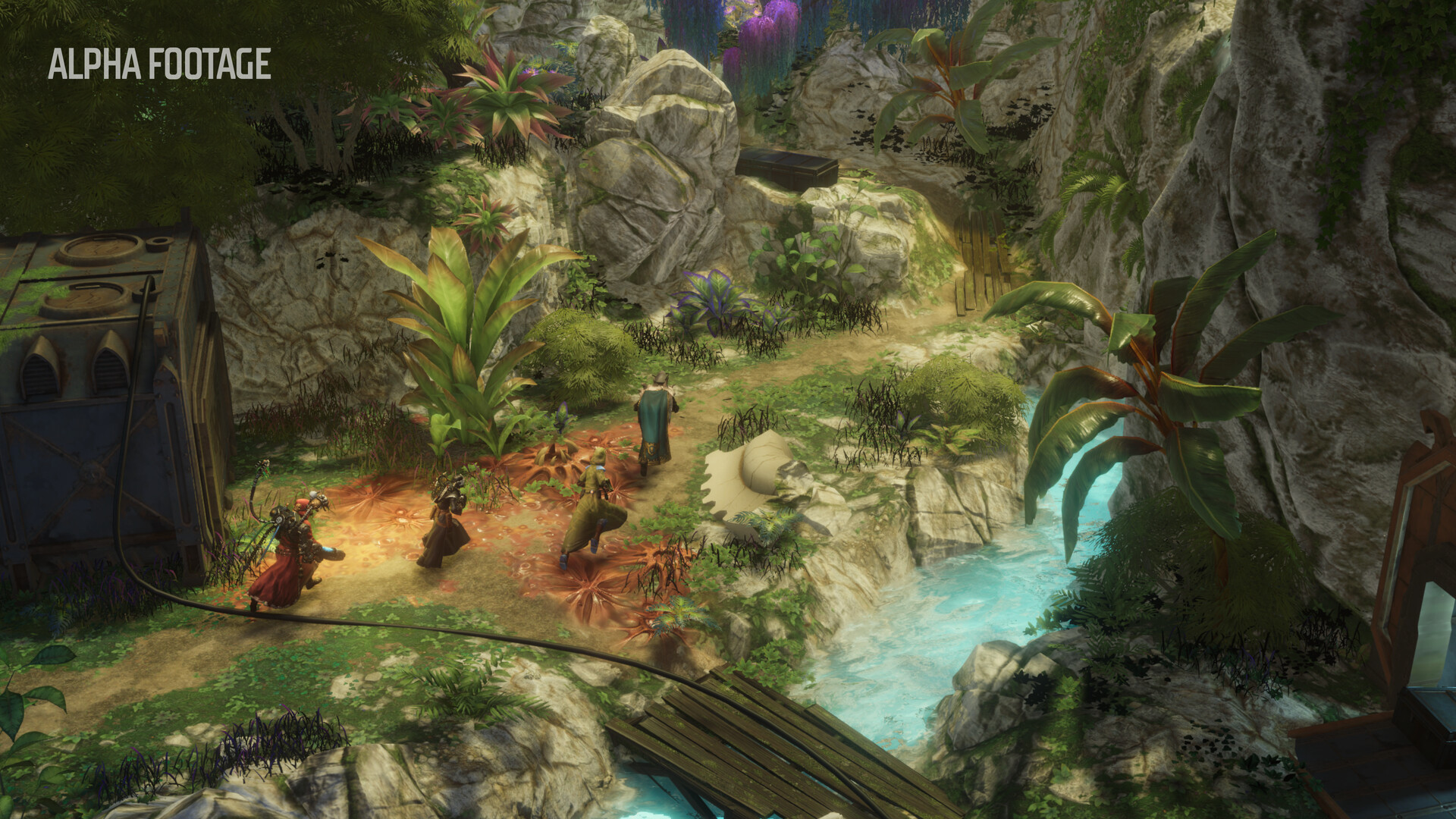 And what a perspective you have as a main character. In general, Rogue Traders are at the center of Warhammer’s labyrinthine political system. You are a space pirate of the void, but the position carries with it political power too. As such, you have a lot of weight and influence to throw around, justifying more dialogue-based approaches. Me, I thought Warhammer was all about spraying bullets and traitors and Xenos, so I tended to take a more fighty position than usual. But the game is for sure an RPG and gives you the latitude to play both ways.

Rogue Trader is still an early access title. Maybe it needs a little more time to cook. Right now, it doesn’t feel up to the standards Owlcat established in their last few games. The visuals look sort of chunky. The animations move slowly. The balance is all over the place; I encountered fights that felt too hard or too easy. I probably will hold off on playing more Rogue Trader until it’s been released. And then patched after that.

Giving established developers the license to do something new with Warhammer is exciting in both directions. On the one hand, there are probably Warhammer fans who have never gotten to play a crunchy RPG like this in their favorite setting. And on the other, we have CRPG fans who have never been allowed to sink their teeth into 40K. Rogue Trader can bring these two factions together in harmony! And if you are somewhere in the middle, definitely keep an eye on Rogue Trader’s progress. It’s a nerdy game with a meathead story.