Ask the average person to find New Caledonia on the map, and there’s a fair chance they’ll have no idea where to look. (To be fair, they probably couldn’t find Iowa either.) After playing Tchia, a new open-world action RPG set in the South Seas, that same person will probably be booking travel arrangements, packing their bags, tuning up their ukulele, and stocking up on sandals and board shorts.

First and foremost, Tchia is an ardent love letter to New Caledonia, an archipelago in the South Pacific. Colonized by France in the 1850s, New Caledonia remains a French territory. The islands’ population is a rich and vital mix of cultures, including indigenous Kanak, Polynesian, European, and North African influences. Its spiritual and cultural traditions and stories highlight animals and the natural world. Reverence for nature is woven throughout Tchia, too.

Developer Awaceb noted in a press preview that while Tchia’s world isn’t a 1:1 version of New Caledonia, most of its prominent geographical features are there. The island’s lush jungles, rocky cliffs, and sandy beaches are full of life. Nearly all of Tchia’s mechanics are based on interacting with the natural world. New Caledonia’s vital folkloric traditions play a vital role as well. This comes through most dramatically in the game’s music. 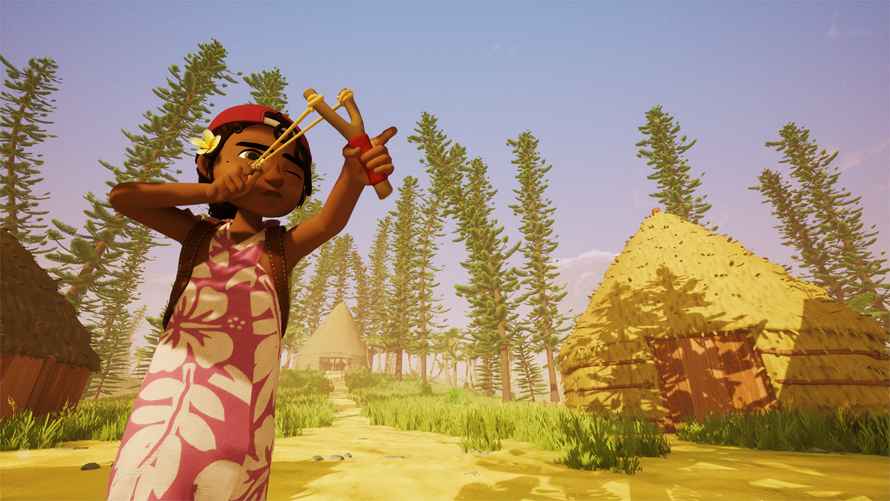 Outside of an actual music game, few RPGs highlight music to the degree that Tchia does. This includes a variety of lovely folk-inspired songs sung in the native Drehu language. The game’s soundtrack is touching, gentle, and gorgeous. Finally, Tchia herself plays the ukulele. The game’s easy-to-use ukulele mechanics extend from chord-matching mini-games to marking the time of day with music. Most of the ukulele mechanics have a gameplay function, but the player can also use the fully functional uke to jam. Anyone who enjoyed playing the guitar in The Last of Us, Part 2 will feel right at home. Tchia uses a similar chord wheel system.

While Tchia might be an outstanding marketing tool for the New Caledonia tourist board, it’s of course a video game. You play as Tchia, a young girl who watches her father be captured and taken away by big-bad Meavora’s supernatural minions called maano. This sets up Tchia’s plot to discover why her father has been kidnapped and rescue him.

At least in the press preview, the long prologue did what prologues usually do. Through Tchia’s eyes, the player learns the game’s mechanics, is introduced to elements of Kanak culture and comes to understand the bonds between Tchia and her father.

Like most open-world games, Tchia includes many ways to navigate the environment. Aside from exploring on foot, she can swim and dive, sail a raft and use a glider a la Breath of the Wild. Finally, and most uniquely, she can inhabit the spirits of dozens of animals through a mechanic called “soul jumping.” Naturally, each animal has special abilities that Tchia can use to explore or solve puzzles. 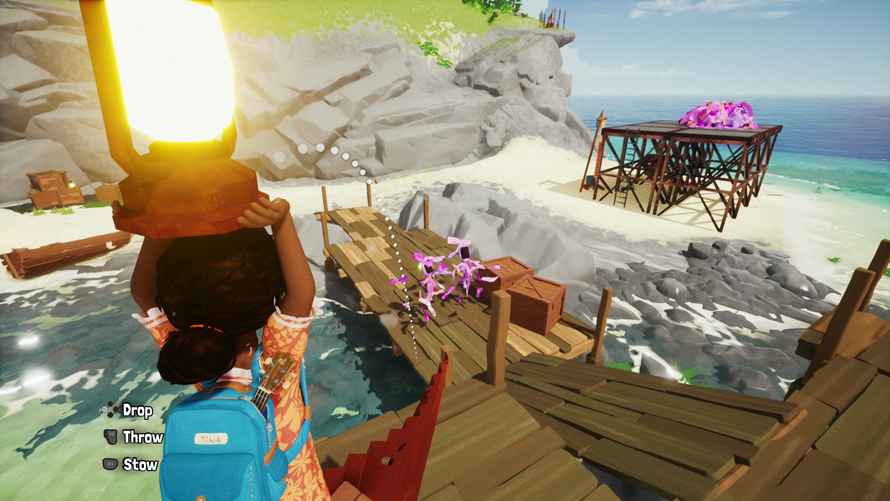 Aside from its open-world mechanics, Tchia uses pretty familiar RPG ideas and elements. Instead of a health bar, Tchia relies on stamina. When she runs out of stamina, instead of dying, Tchia respawns at the nearest campfire. She has a slingshot to knock coconuts out of trees and in the game’s light combat sections. She can also use animal abilities to help fight enemies. Tchia includes lots of side activities and mini-games, like carving totems, collecting items, and stacking rocks. Some of these are more engaging than others. The rock stacking game, for example, suffers from some wonky physics.

Overall, Tchia controls well, whether jumping, swimming, or flying, and moving to the next quest objective, or just exploring, is easy and fun. The game’s map and quest indicators could use a little refinement and detail, but the player will rarely be without some engaging thing to do next. There are a large number of collectibles, clothing options to unlock, and ability-boosting consumables to find and use.

Tchia’s art is as inviting as an ocean breeze. It’s stylized, vibrantly colorful, and trades detail and realism for emotional engagement and an appealing, family-friendly vibe. Together with the outstanding music, Tchia’s aesthetics are appealing and open-hearted. 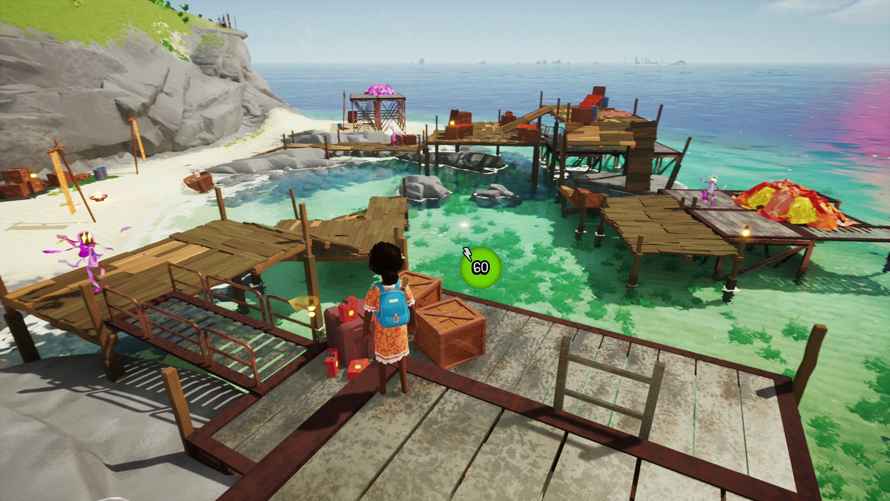 Get Ready to Set Sail

When I sat in on a developer presentation last year, I thought Tchia could be something special. Now, having spent some time in the game’s early hours, I think I was right. Thanks to its engagement with New Caledonian culture, music, and folklore, Tchia is a deep and respectful dive into an appealing, exotic world. While many of its mechanics and systems are familiar, Tchia includes enough new ideas to make it stand out for open-world veterans. It might also be a great introduction to open-world RPGs for younger players, with an accessible story and a gentle learning curve. After playing Tchia, I’m even more excited to see the entire game when it launches later this year. 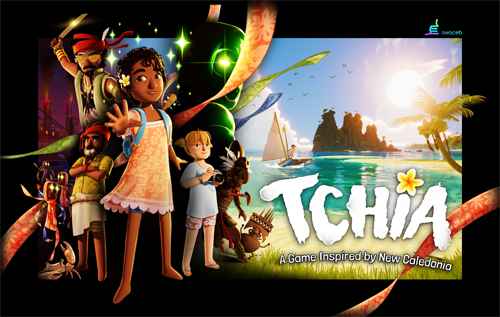 One Piece Odyssey Review – Straw Hat Fan Service
Next Wo Long: Fallen Dynasty is Ready to Rise Up
Previous Lock and Load in Warhammer 40,000: Rogue Trader