Pathfinder: Wrath of the Righteous Has a Free DLC

Pathfinder: Wrath of the Righteous just got a free DLC. Th update is called A Visitor from Distant Lands. Owlcat Games secretly dropped it for fans to enjoy just out of nowhere.

The new content brings a pet dragon hailing from Tian Xia. It will fly around the Pathfinder: Wrath of the Righteous characters within the game. It is such a cute addition to the game. However, there is more to it than just being adorable. 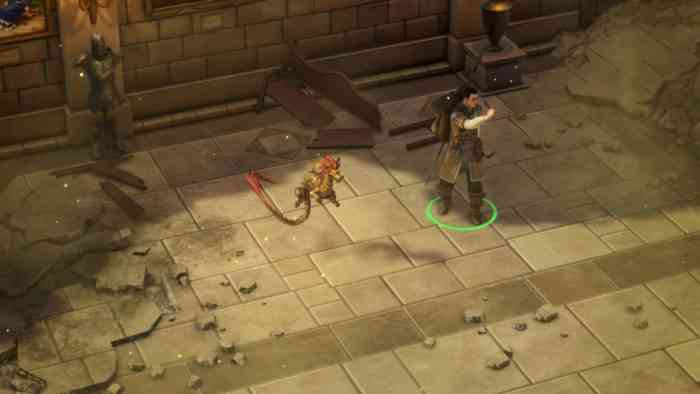 The dragon’s main purpose is to help players succeed on any Knowledge and Lore skill check whenever players roll a die. These checks help characters figure out a piece of the game’s lore or learn more about the location that they are visiting.

Pets have always been an essential part of Pathfinder: Wrath of the Righteous’ animal companion system. Each of the pets have their own list of stats. Apart from the dragon, other pets can also increase the party’s maximum carrying capacity and improve their overall abilities. Plus, they also simply make the game more fun.

In addition to the announcement of the free DLC, devs also revealed the new DLC Inevitable Excess. It is launching on PC on February 15th. It takes place shortly before the victory over the Worldwound.

Pathfinder: Wrath of the Righteous players already have plenty to do as it is. It has its main story line plus several quests. They can spend so many hours running all over Golarion. In Inevitable Excess, however, they will have to leave Golarian so they can defend the space time continuum using their built-up powers. This new DLC is going to be part of the game’s Season Pass. It will also be released separately on digital stores.

Unfortunately, console users will have to wait a little bit longer to experience the game first-hand. Its launch will now be sometime in Autumn 2022. Devs want to make sure that they roll out the best port possible. With that said, they want to first address any issues that players found in its PC version.

Are you waiting for the DLC? Let us know in the comments below.

Lord of the Rings: Gollum Story Is Parallel to LOTR’s ‘Early Chapters’
Next
Xbox Aims to Create a Rival to Monster Hunter, with Certain Affinity’s Help
Previous
Phoenix Point: Kaos Engines DLC Will Introduce Weapons and Much More