As a child I played with all manner of toy cars, creating unique worlds that housed an array of ramps and loops in order to perform gravity-defying feats. M2H aims to bring that playground to the virtual realm with Crash Drive 3, but will it manage to capture the spirit of the motor madness toy box that engulfed our youth?

With an open world at your fingertips, you can race, perform stunts and complete challenges to earn cash which can be used to unlock vehicles or to mod your motor. Throughout your time on Crash Drive 3, numerous varied events will occur, helping to add purpose whilst roaming around environments. Whether you are chasing down a giant beach ball, tagging locations or playing a game of cops and robbers, each task is a fun, frantic romp that is sure to keep you entertained. Due to no local multiplayer options, the majority of your time will be spent online. Although there is a single-player mode, it feels barren due to the lack of opponents. Personally, I would have preferred bots to fill the void. This would have made challenges more competitive, giving more initiative to play the mode.

Freedom is at the core of the game. With the ability to explore themed areas, you will uncover an array of secrets and be given new challenges to perform. To access another environment, you must either drive through tunnels, reach a ferry or fast travel at particular points in the level, however, without a visible map on the HUD or in the menu, you’ll have to aimlessly wander around trying to find your desired location. Although environments are distinct, the basic textures and uninspiring design hinder the experience. Levels are absent of minor details with many of the sparse assets lacking collision detection, allowing you to just drive straight through a variety of items. 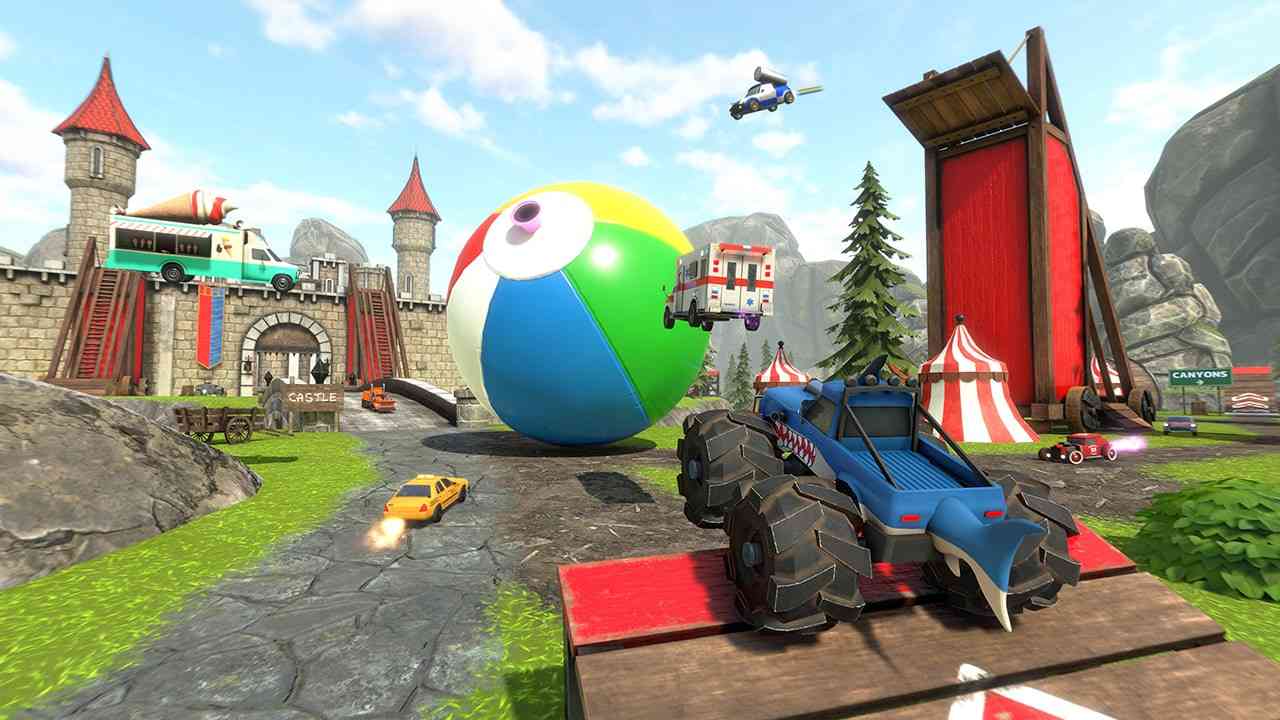 One of the highlights of the game is the ability to link tricks to earn high scores. Similar to classic extreme sports titles, you can take to the sky and link stunts by boosting to your next ramp, earning massive points in the process. Landing a stunt is satisfying but due to the restrictions of vehicles, there is only a small number of flips and spins you can perform, making it quite repetitive.

Mechanically, the game sits firmly in the arcade-style racer genre. Due to this, you can simply hold the accelerator and whizz around the environment without any penalty. As a result, this allows for players of any experience level to engage with the game, acting as a great way to introduce newcomers to the genre. However, the slippy controls can be irksome and will frustrate racing aficionados. The static camera is quite close to the vehicle making it difficult to see your surroundings. Throughout, it felt like I was fighting with the camera with the awkward panning and jarring reversal camera hampering races.

Packed with content, Crash Drive 3 boasts 50+ vehicles, all of which can be leveled up and modified in terms of appearance. Each stunt, event and objective rewards you with money that can be used to unlock cars and level up vehicles. Although you are constantly earning, looping through tasks becomes a tiresome grind that quickly gets old. 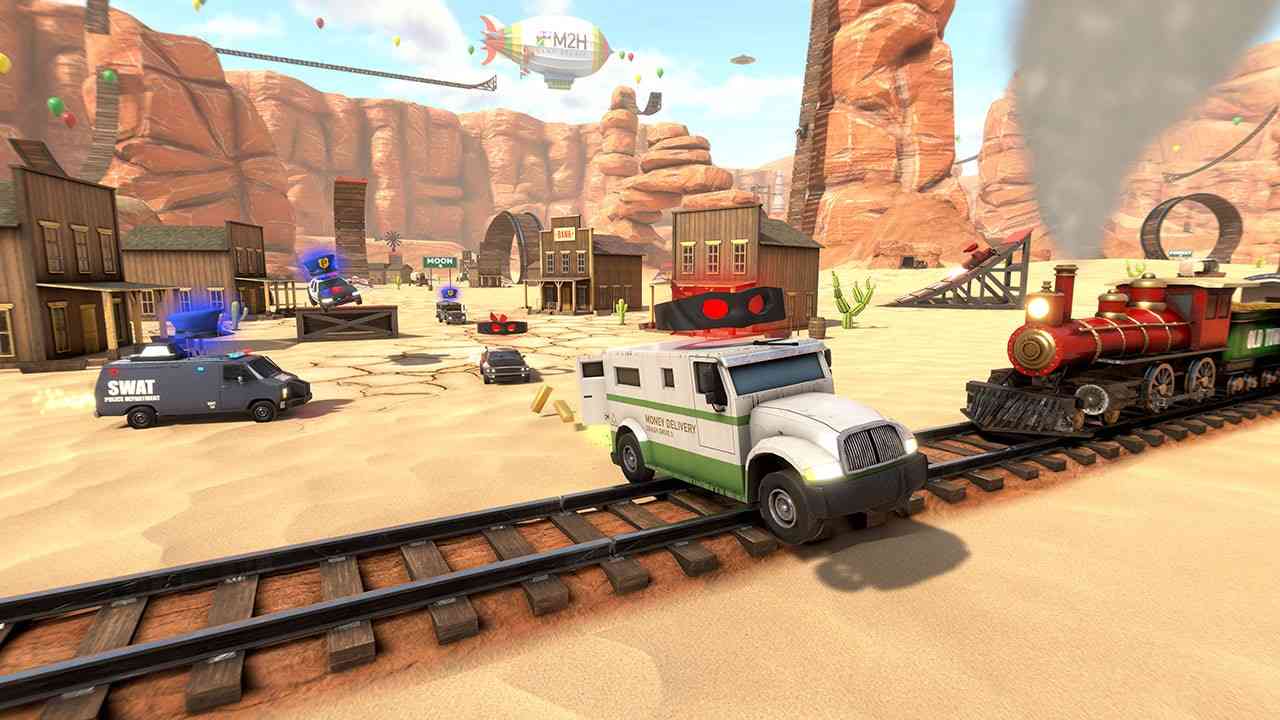 Crossplay works seamlessly, maps were inhabited with players from a range of platforms. Although I never experienced a map at full capacity, the more people that were online, the more enjoyable the game was, indicating that the success of the game is very much dependent on a thriving online community. With the ability to add players to your CD3 Friends List, playing with friends should be a simple task, however, due to the inability to create a private server, if the map is full, friends will be unable to join.

Crash Drive 3 is a fun idea that is enjoyable in short bursts. Unfortunately, in longer sessions, an array of issues are glaringly obvious. The slippy driving mechanics, repetitive missions and bland visuals make this an uninspiring release. With almost no reason to play solo, the game’s reliance on a community could mean that the game crashes before it hits the highway. Due to this, I would hit the brakes before picking up this racer. 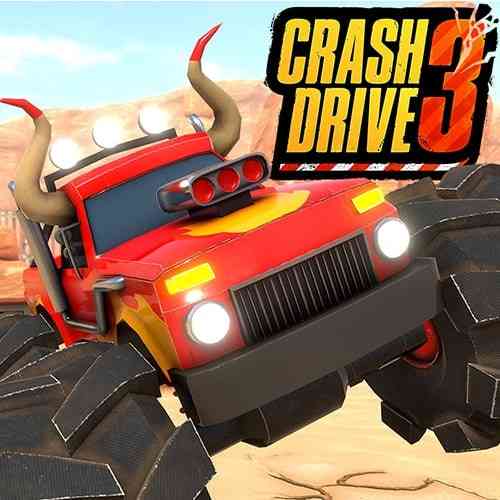