Ever since Nintendo stumbled upon motion-control with the Wii and cashed-in like Mario on a bonus level, people have been trying to find the “Next Big Thing” in gaming.  Sadly, this potential Holy Grail has been a mirage so far. Case in point:  most recently, Microsoft bet big – and lost big – on visual-recognition with the Kinect.  Now comes the latest idea to capture the industry’s imagination (and its development money):  Virtual Reality.  When Oculus Rift was bought by Facebook in 2014, it suddenly put VR front-and-center in the gaming world’s consciousness.  Suddenly, geeks around the world are giddy with an excitement not seen since J-Law’s iCloud account was hacked.

I hate to be the one to harsh everyone’s buzz, but Virtual Reality is not the future of video gaming.  It will be the darling of the industry for a little while, no doubt; but in the long-term, it is doomed to crash and burn.  Here are 5 reasons why:

You can assemble Stephen Hawking, Peter Molyneux, Bill Gates, and the entire NASA engineering team and lock them in a lab for 3 years, and they will not be able to figure out a way to allow a player to move around in a virtual reality environment without holding a separate controller.  Oh sure, you can tilt your head sideways and back-and-forth to look around, but if you want to move forward or backward, then sorry folks, you can’t do it with just a head set.  This fact alone practically ruins the chances of any kind of immersion in a VR environment.  Whatever games are developed for VR head sets will inevitably require the player to hold essentially the same controller we are saddled with today, and that will be a game-breaker for most people. 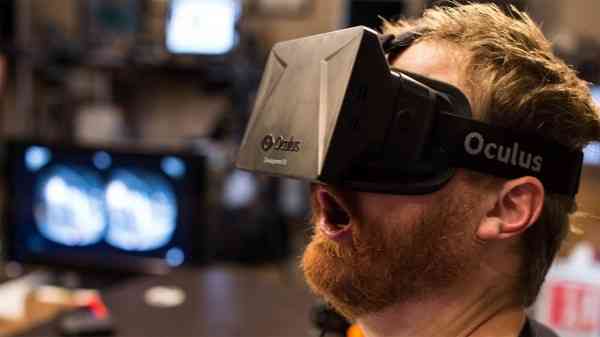 Let’s not forget…. every time you play it you’ll pretty much look like this guy.

2 – Connectivity and Power Will Be A Nightmare

Think about it:  you are going to want a VR head set to be wireless, otherwise it defeats the purpose from the get-go.   But this will require essentially “remote play” from a base unit to the VR head set, and do you really think it will work well enough to be worth it?  Any attempt that has been made so far at remote play (PS TV and PS4, please stand up), just hasn’t worked.  Even on the fastest, strongest wi-fi, there is a delay that most find unacceptable.  And that isn’t even including the power required for such a unit – which would be pretty hefty.  A rechargeable head set along the lines of, say, PS4 controllers, just isn’t an option because the power required is much much more for a VR head set.  If you plan on playing games in VR, you are going to have to get used to having an annoying cord (or two) hanging awkwardly off of your head.

3 – It Will Be Way Too Uncomfortable

No matter how much progress they make in VR technology, at the end of the day, you are always going to have a big set of cumbersome goggles strapped to your head.  Your eyes have to be completely covered by the screen, and it has to be secured to your noggin – there really aren’t many ways you can do those things that aren’t going to leave a big sore ring around your scalp and a pair of racoon-circles around your eyes.  Look, it is common for me to play a game I like for 6, 8 hours at a stretch.  Even with today’s regular controllers, your hand gets sore – imagine having the equivalent of a small welder’s mask on for that much time.  No matter how you slice it, VR is just too uncomfortable to do for more than a few minutes. 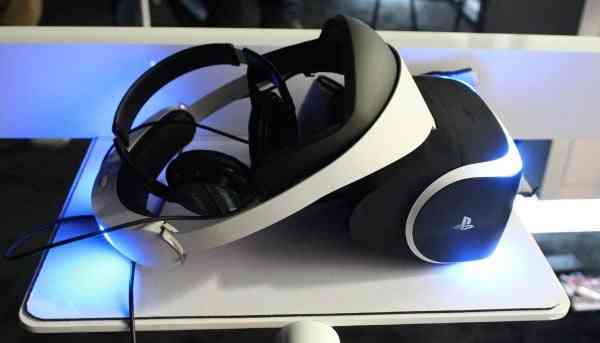 It looks sleek no doubt, but how long do you really think you can wear it on your head before having to remove it?

4 – VR Will Be Very Expensive

Developers have been busting their you-know-whats trying desperately to realize VR’s potential and get it to market, and you can be damn sure that when a final version is put up for sale, it is going to be pretty expensive compared to other gaming consoles.  Only a select few will have the desire to buy this technology right from the start, meaning that the install base of game-buyers it offers will just be too small to justify AAA titles being released on it.  Sorry, but if you are imagining playing Call of Duty in a VR environment, you can keep dreaming in 3D.  Instead, any lucky early-adopters better get used to small titles that will more correctly be called “demos” than real games – so yeah, get ready for lots of roller coaster rides…

Lastly, even if developers wanted to bring the blockbuster games to VR, the technology just isn’t quite there yet.  So far, any true 3-D worlds we have seen in VR have been either small environments or controlled, on-rails experiences in which you have no control over the angle of view.   And that’s for good reason.  A full VR game experience along the lines of Skyrim or Destiny is still just the stuff of science fiction, because the horsepower needed for such mega-titles would require your headset to have an air-conditioner strapped to it.  What buyers of Oculus Rift or Project Morpheus will likely find, is a slew of clunky 3D ports of traditional games, in which your movement and view will be strictly limited.  Remember the disappointment (and headache) you felt when you saw a 3D port of your favourite movie?  Yeah, imagine that, but now with even more eye-strain!  Hooray! 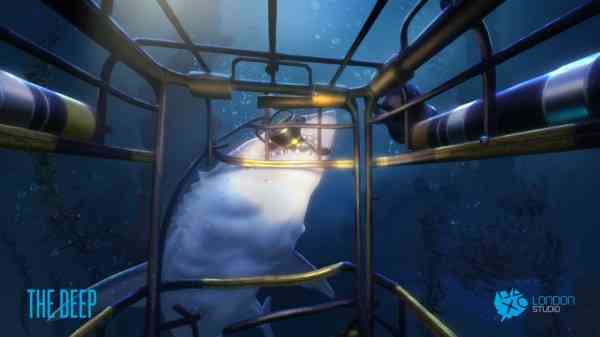 Expect the majority of VR experiences to be on-rails offering very little freedom to the player. How long will that be fun for?

Hey, I hope as much as anyone that I am wrong.  I would love to see Virtual Reality work, and I would be the first person to camp-out overnight to buy one when it does.  But that day is not here yet.  VR still needs to mature, A LOT.  Wi-fi needs to get about a bazillion times better.  Technology needs to miniaturize way more.  Battery capacity needs to move forward about 20 years.  Until then, this is just another in a long line of “Next Big Thing” contenders that is destined to bust.  Well, at least this time, there won’t be tons of plastic 3D Blu-Rays to throw away.

What do you think?  Is VR the future of games, or an over-hyped bubble destined to pop?

Next Is ‘Gaming Culture’ Truly Dead or Has It Just Evolved?
Previous Games from the Vault ‘Persona 4 Golden’ – How I Learned to Love my PS TV