The holidays are almost upon us, and you know what that means! Well, actually, the meaning of the holidays is little cloudy this year. For (gestures vaguely outside) various reasons, gifts that keep people inside are going to be at a premium. This reality, combined with the impending release of the PS5, means that shopping for the PlayStation gamer in your life will be a mission-critical activity. Thankfully, COGconnected is here to make things a tiny bit easier on you. Read on to see what’s coming out, and who it’s all for.

Japan has a reputation for being sort of crazy. You hear all sorts of wacky nonsense about the country, some of which is blown way out of proportion. Some of it, on the other hand, is probably thanks to games like the Yakuza series. Like A Dragon is the latest installment in the Japanese gangster saga, but it’s not quite what you’re expecting. No, even in the pantheon of Yakuza games, this one stands alone. The fast-paced brawling action is out, with turn-based role-playing combat taking its place. Every weird rumor you’ve heard about these games is true. The minigames, the insane dialogue, the aesthetic, all of it is just as crazy as you’ve heard. Yakuza: Like A Dragon drops on November 10th, perfect for any gamer in your life who knows/needs to know about the hidden madness of the Yakuza.

Perfect for the flight stick gamer on your shopping list. They’ve got the tools. They’ve got the talent. Now they just need a chance to prove themselves. While hopping in the Star Wars: Squadrons pilot’s seat is even cooler with a flight stick and a PSVR headset, you can join the fight with a mere PS4 controller, as well. No matter how you play the game, you’ve got a lot -and I mean a lot- of dogfights ahead of you. Our review goes into the extent of the dogfight levels on display, but rest assure those levels are high. Whether it’s the story campaign or the multiplayer, you can give the gift of countless space battles this holiday season. 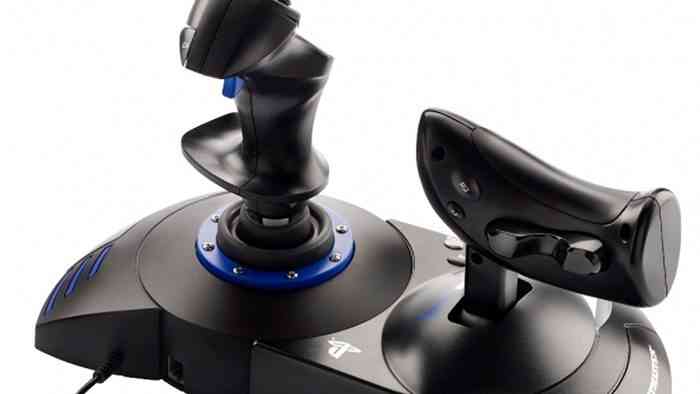 Perfect for the Star Wars: Squadrons fan in your life. If you know an X-Wing pilot dejected at their lack of immersion, a proper HOTAS flight stick will have them fully enmeshed in the cockpit. On top of that, if said fan already has PSVR, you’d basically be buying them an X-Wing for Christmas. It doesn’t have to be the Thrustmaster model, but this is the one EA is sure actually works with the game. No sense giving the gift of frustration and disappointment on Christmas morning.

If you’ve got any Call of Duty players on your regular shopping list, consider this the blank space on the bingo sheet. Every bite is packed with the war, intrigue, and betrayal you love! Now with Cold War frosting! I won’t pretend this newest entry reinvented the wheel, but that’s kind of the point. Once you patent the wheel, you can relax for a while, you know? This is an excellent purchase for Call of Duty enthusiasts and brand new recruits alike. The game drops on November 13th, but you can check out our many articles on the game if you want to brush up beforehand.

As long as there’s someone on your list who both A) owns a PlayStation 4 and B) knows what Cyberpunk is, you cannot possibly go wrong with Cyberpunk 2077. Seven years in the making, this game puts you square in the center of a massive body modification/brutal murder/bloated-with-neon power fantasy. If you can dream it, you can do it, so long as it looks and feels like a slick techno-dystopian music video. Currently on track for an early December release, it should be here just in time for some last-minute Christmas shopping.

The Watch Dogs series has been building to this since the release of the PS4. Finally, the revolution is for everyone! Or at least, everyone in London that Ubisoft was able to program into the game. If there’s anyone in your life with Watch Dogs 1 or 2 on their shelf, this latest installment will hit the spot for sure. This newest installment changes the series in some fascinating ways, which you can read about here! If you’ve ever heard your friends and loved ones complain about the lack of character variety in video games, perhaps Legion will be the remedy they’re looking for.

Who’s going to want to play the next part of Insomniac’s Spider-Man saga? Every single person who played the first one, for starters. And probably some people who didn’t! Essentially, if the PlayStation gamer in your life seems like an impenetrable mystery to you, Spider-Man: Miles Morales will almost certainly hit their weak point for massive damage. Plus, if they’ve never played Marvel’s Spider-Man for PS4, it comes with the PS5 version of Miles Morales! That’s two complete Spider-Men sagas in one package! You can grab this web-slinging smorgasbord on November 12th for either PS4 or PS5.

Click on through to PAGE 2 for more great games…

Marvel’s Spider-Man 2 Swings to PlayStation 5 Sometime In 2023
Next 20 Next-Gen Games to Board the Hype Train For
Previous Holiday Gift Guide 2020: The Best Video Game Accessories