Star Wars games cover a lot of ground. RPGs, first-person shooters, platformers, and flight sims. Star Wars: Squadrons sits squarely in the final category. Unlike other AAA Star Wars games, this title is exclusively cockpit-driven space battles. To that end, there’s no mistaking what you’re in for. If you’re not itching to sign up and take down a few bogeys, there is literally nothing here for you. On the other hand, the space combat section (again, all of it) is great! It’s also pretty tough, but that’s part of the fun! Right?

Squadrons puts you in the pilot seat of two different soldiers, each on separate sides of the war. The bulk of the action takes place shortly after the events of Episode VI. Whether your allegiances lie with the Empire or the New Republic, you’ll get plenty of time among their ranks. The story is perfectly serviceable, though the regular dialogue sections are somewhat off-putting. Every character stares directly into the camera while they rattle off their lines. I found myself itching to escape their gaze almost immediately. There isn’t even much body language to distract from the unsettling performances. Thankfully, these sections comprise very little of your total play time. So how about those dogfights?

Get ‘Em In Your Sights

While I never thought flying an X-Wing was easy, I’ve got a newfound level of respect for Wedge and crew after a few days in the chair. The controls are both intuitive and intense. I found myself cycling power settings several times a minute, frantically smashing the repair command, and dodging missiles with half-seconds to spare. It’s all I can do to keep from panicking once someone’s got a tight grip on my tail, shredding me with laser fire. The single player campaign is essentially practice for the multiplayer, and it hardly feels like enough. Nothing can prepare you for the constant drift turns, missile barrages, and ion bursts you’ll face on the field. And yet, there’s always a path forward, if you’re diligent enough.

Combat in Squadrons is fully skill-based. No grinding, no pre-planning, and no upgrades will save your hide once you’re in the chair. All you can do is practice. At least the online matchups are all skill-based, as well. You’ll never get stuck in a fight against total powerhouses, not until you’ve logged enough hours. If you are looking to lean on the horizontal upgrade system, it won’t take long at all to earn the currency required. Everything you can purchase is either a lateral move power-wise, or it’s fully cosmetic. Plus, there aren’t any microtransactions to speak of. What you paid for the game is all you’ll ever have to spend. 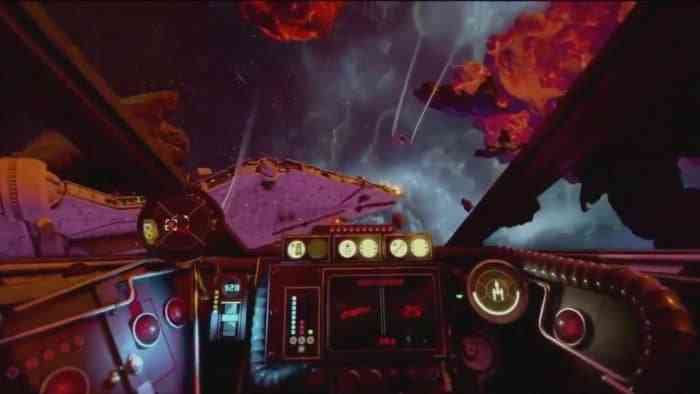 The game’s ‘complete’ status is a double-edged sword, however. As of this moment, there’s no additional content planned beyond launch. No seasons, no DLC, no expansions of any sort. Progress in the ranked Fleet battles is reset every so often, encouraging regular trips through the ranks, but that’s all. Rather than progress through a series of seasonal updates, players will just… get slowly better at flying and fighting? It’s an older design philosophy, but it checks out.

Speaking of design, Squadrons is extremely Star Wars. The cockpits are a perfect match for their on-screen counterparts. Every mechanical detail is bursting with that 70’s future grime I know so well. The alarm bells, the laser blasts, the helmets, the droid noises, the engine whines, all of it drips with charm. You’re locked to that first-person perspective, but this is instrumental in maintaining the immersion the developers are looking to impart upon the player. Battles just wouldn’t be as intense if you could play through them in third-person.

Dogfights are terrific, but the real action is in the Fleet battles. The core player count is the same, but you’ve got more objectives to complete, and a larger variety of roles to play within the squad. Support players actually have something to do here! More than just annihilating the enemy, you’ve got to pick your targets carefully, while being ready to go on the defense at a moment’s notice. Plus, Fleet battles are the only place to improve your rank. There’s more to winning wars than being a hotshot pilot, after all. You’ve got a Capital Ship to destroy.

Just As Tough As You’ve Heard

One caveat to keep in mind is the difficulty. For the hotshot pilots among you, this is hardly an impediment. Less experienced flyers may be shocked to learn how involved the flight n’ fight process can actually be. Intuitive the controls may be, but they’re also complicated. At any given time you’re managing power levels, orientation, thrust, steering, squad commands, and weapons. Also, boost and thrust both use the same analog stick. It’s not a problem unless you try using it to steer – which I definitely have, in moments of panic. Don’t feel bad if you find yourself crashing a lot, is what I’m saying. You’re keeping a lot of balls in the air.

Much like the ships you’re flying, this game is all business. The excess components and junk parts have been ripped right out, all so the flight n’ fight action runs as smoothly as possible. It’s a tough, crazy ride, but one that’s worth the strain. Yet, therein lies the issue: if you’re not here to fly, you’re likely not here. In other words, Squadrons has a somewhat limited audience. I’m terrible at dogfights, but I’m motivated to get better. They’re a ton of fun, but they’re brutally tough. If that doesn’t appeal to you, best you learn it now, rather than later. For those of you starving for a proper Star Wars flight combat game, this is exactly what you’ve been waiting for. Otherwise, you’re in for a rough ride, albeit an exciting one, with Star Wars: Squadrons. 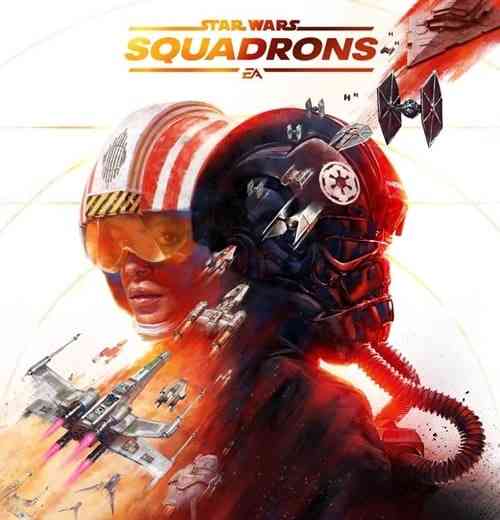