I love watching a good game come together. It’s time to take a look at the new Civilization 6 update. Part two of the New Frontiers pack, we are going to dive in deep to the features added by the Ethiopia Update, and consider the way they change the game. Suffice to say, most changes are for the better!

The main feature of this new Civ update is of course a new civ. Menelik II leads Ethiopia, continuing this game’s focus on Christian African leaders. Menelik ruled the latter part of the 19th century, and his role in the game is to build an easily defensible religious civ. Ethiopia gets combat bonuses in hills, plus a unique cavalry unit that doesn’t get speed penalties in hilly terrain. The killer feature though, is called Council of Ministers. It lets Ethiopia turn 15% of their faith into bonus culture and religion. 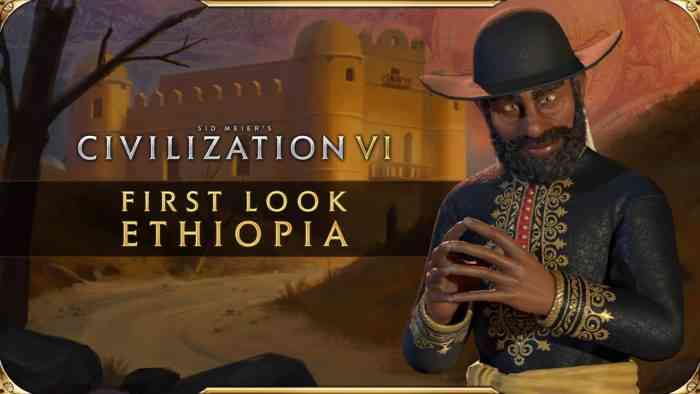 This functions as one of those benefits that best compliments weaknesses. If you go wild with faith production as Ethiopia, it can mitigate your lack of science and culture. Functionally it’s sort of like playing as Alexander the Great, who gets techs and civics from capturing cities. It doesn’t make Alexander viable for those victory types, but it prevents him from falling far behind if he overspecializes. So too is Ethiopia encouraged to focus on faith production.

That makes Ethiopia fine, but not the kind of civ I am going to want to play again and again (like Australia or Korea). Their combat bonuses mostly work defensively, and their faith bonuses give them a lot of resources to play with, but no actual advantage when it comes to victory. They can spam a lot of missionaries, but those missionaries will be as strong as any other civ. I love what they add to the world, they just don’t lend themselves too much to my playstyle.

Perhaps the weirdest new addition are the exclusive Persona Packs. These are alternate versions of existing leaders with new models and bonuses. Specifically, we get a “Rough Rider” version of Teddy Roosevelt (with big ‘ol suspenders) and a “Magnificence” version of Catherine de Medici (who rocks a masquerade ball mask). From inception, the dev team has talked about wanting to use the most colorful leaders from throughout history, and these alternates definitely capture that spirit.

Still though, I can’t help but be a little disappointed. Instead of these new costume packs, couldn’t we have just gotten new leaders? From Washington to Lincoln to Kennedy, there are plenty of US Presidents who could have been added. (Or non-presidents! Get me Ben Franklin!) France has existed for centuries. We could have gotten a Louis or Napoleon or Charles de Gaulle or Queen Adelaide or Joan of Arc. I feel bad for knocking a creative new feature, but it seems so much less fun than the more obvious addition.

Eye in the Pyramid

On the other hand, I love the new secret societies. This is a new “game mode” like the Apocalypse Mode added in the last update. What’s cool is that all these modes add new gameplay dynamics, and that they can independently be checked or unchecked. That means you can mix and match Apocalypse and Secret Societies, and as they add more Modes, that’s more rule variants. As with Apocalypse Mode, Secret Societies seems to be a little bit more supernatural-flavored than your typical game of civ.

Each of the societies gives you potential bonuses, unlocked using governor points. The bonuses are unique according to the society, which include a Cthulhu worshiping cult, a wise Roman myth conspiracy, a society of alchemists, and straight up vampires. The alchemists are a lot of fun, showing you ley lines on the map which you can exploit for district adjacency bonuses. That’s cool!

If you had asked me if I wanted Civ to get a little more magical and mystical, I would have told you no. But I’m really happy with these modes so far. The magic lies just under the surface, so you don’t feel that its overwhelming the march of history. Plus, these modes can be individually toggled so you can decide which you like, and which are ruining your experience. I love Secret Societies though! It adds another wrinkle in the governor and diplomacy systems, two areas of the game I thought could use a little bit more complexity.

A Place For Your Embassy

Finally, we need to talk about the Diplomatic Quarter. A new district, the Diplomatic Quarter is now the main structure you have for pursuing a diplomatic victory. At first you get envoys and culture, but after a few upgrades, it will generate diplomatic favor all on its own, which is great. Anything that allows you to take more active control of the pursuit of victory is a good change in my book. But that’s not the benefit I was most grateful for. 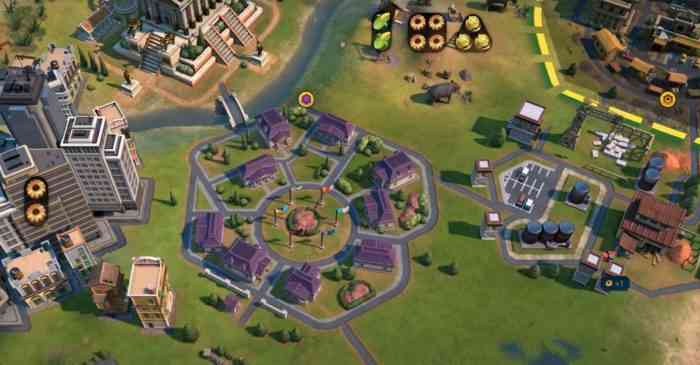 No, the Diplomatic Quarter finally, finally gives you a more viable path to counter espionage. Sure in the past you could use your spies to randomly hunt for other spies. But now there’s an entire new set of dynamics that determine whether spy missions will be successes or failures, and you can lightly opt-out of the spy game altogether with the right combination of buildings. In my most successful games, the biggest nuisance is the frequency with which the AI completes the “raise partisans” mission. My culture civ becomes plagued by random tanks burning down my farms. Anything that allows me to mitigate that makes my game more playable indeed!

In my look at the last New Frontier pack, I said that Civilization 6 is working hard to become the best version of itself. After a second installment, this is even closer to the truth. While the Personas are a forgettable addition, secret societies are a ton of fun. Combine that with the Diplomatic Quarter and some small balance changes, and you may start to get greedy. With strong updates like these, I want a new one every week!