When I’m gaming, audio is absolutely critical to me. I need the audio to be crisp so I can clearly hear every spoken word, but I also want the bass to be impactful, I want to feel the explosions. I’ve had the pleasure of reviewing quite a few different headsets designed with gaming in mind. Some have met my stringent criteria, such as the Astro A50’s, while others have been pretty disappointing. For the past week, I’ve been gaming with a brand new set of headphones, the Game-Changing Tactile Audio headphones by Drown. You read that correctly – what would normally be a clever slogan on a box is the name Drown decided to give its product “Game-Changing Tactile Audio”. These headphones have been meticulously designed to deliver audio to the gamer in a clever way that tries to take advantage of our ears to the fullest extent. To better clarify Drown’s intentions with these headphones, take a quick look at this video and then continue on to my impressions below.

So, essentially, Game-Changing Tactile Audio’s pitch is to deliver audio vibrations directly to the nerves in your ear and your temporal bone via patented technology. To achieve this, each Game-Changing Tactile Audio headphone comes with four pairs of rubbery acoustic seals that you’ll try and fit within your ear to try and create as best a seal as possible. Does it work? Well, since ears are like fingerprints and no two are the same, the answer is no, it really doesn’t work exactly as advertised, but you should hopefully get a fit that’s close enough. For me, I found size 6 was the closest fit – however, even then, they were still incredibly uncomfortable during use. What’s worse is that I never imagined putting headphones on would be so frustrating, but here we are. Putting the left one in wasn’t too challenging. You sort of slide it in at an angle, then twist so the sound hole aligns with your ear canal and the acoustic seals top nub slides in your cymba conchae. The headphone cord then dangles over the top of your ear and drapes down, helping secure everything in place. However, the right ear was always a hassle and often took me a couple minutes of fiddling with until I got it right. 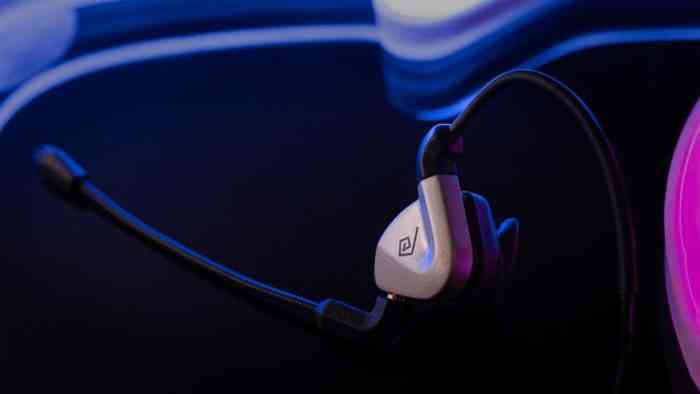 So, putting the Game-Changing Tactile Audio headphones on can be a bit of a hassle – even after a week of using them. But, how do they sound? Well, the best way I can describe them is good enough. Sure, they’re better than most in-ear headphones, delivering relatively clear audio. While playing first-person shooters, I could clearly note where enemies might be lurking in the 3D space. In-game voice audio was crisp enough to make out, even during moments of combat where other sounds were competing for my attention. Unfortunately, the bass was a bit of a let down. Explosions sounded dull and lacked any sort of impact. It’s hard to not compare these headphones to substantially more comfortable over-the-ear headphones like the A50’s which have vastly superior sound quality. Sure, there’s a $200 price difference between the A50’s and these, but if you’re looking for the best sound, then paying the extra money is worth it. I guess what annoys me the most is that considering how much effort was taken into ensuring the headphones are targeting my ear in very specific ways, the end result doesn’t provide any enhancements compared to any other audio solutions I’ve used before. On the plus side, while online gaming, my voice came across as crystal clear with absolutely no echo. The mic boom is very bendable, and I was able to bend it well out of eye-shot while still retaining clear vocals to my teammates. It’s worth noting that because these Game-Changing Tactile Audio headphones fit so snuggly into the ear, I could hardly hear any background noises. If you live in a noisy environment, consider this an added benefit. 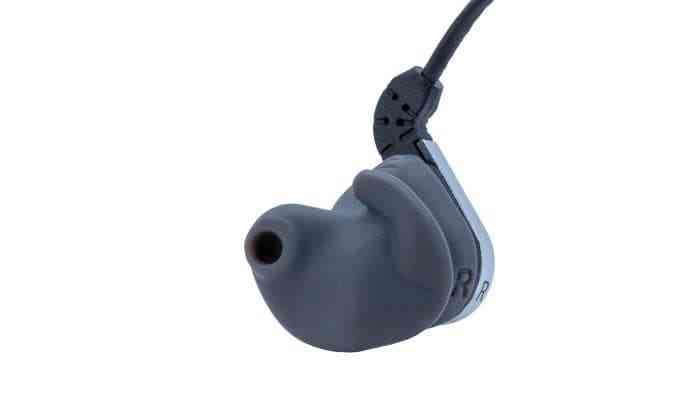 I was really excited to try the Game-Changing Tactile Audio earphones. With a name like that, I assumed I would be experiencing audio in a whole new way. Unfortunately, this was not the case and I honestly don’t feel I gained anything in terms of audio quality with these headphones. To me, everything presented was little more than snake oil. Sure, the audio sounds good, the mic provides clear voice chat for your teammates, and you’ll get a sort of noise-cancellation feature just by design. However, for me, they are frustrating to put on and they were not comfortable at all. I just don’t feel the audio was good enough to put up with the level of discomfort. Keep in mind, comfort will be different for everyone – if your ears happen to fit the acoustic seals better, than you might find them more comfortable than I did. These headphones are by no means bad, but all things considered, I can’t imagine continuing to use them when I have more comfortable options available.