English composer Alex Roe might not yet have the name recognition of an Austin Wintory or Mark Mothersbaugh, but that could be changing soon. Roe is the composer on the upcoming ARPG/Soulslike GRIME, and is responsible for the orchestral accompaniments to the game’s boss battles and cinematics. Dark Souls fans might know Alex Roe from his amazing From Software remixes, creative reworkings of music from the Souls trilogy, Bloodborne, and even the Elden Ring trailers. 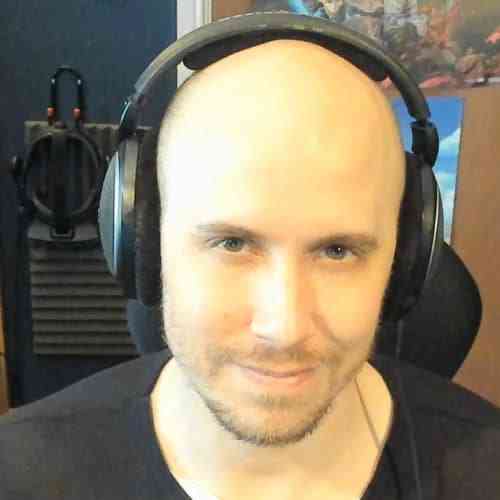 Roe is first and foremost a gamer, and his formative musical experiences are intimately connected to games. “One of my most distinct memories of loving video game music was when I finished The Legend of Zelda: A Link to the Past,” Roe said in an interview for COGconnected. “I remember everything from finding the Triforce to the end of the credits roll was so magical to me, sometimes I would come home from school and finish the game again just to hear it. Ever since then video game music has been unquestionably one of the most inspiring and creative artforms I’ve experienced.”

In college, Roe changed directions, leaving studies in computer science to pursue studies in music and, specifically, how game music is created. “I was incredibly inspired by the website OCRemix at the time and I so wanted to have my own remixes posted there some day. I met a lot of friends and other newbies to music at the time, and remixing provided a wealth of knowledge and understanding of video game music.” Unlike many old school composers, Roe did not formally study an instrument, instead of focusing on the world of possibilities inherent in sampling, sequencing and other aspects of digital music creation. “I quickly realized I far more enjoyed writing music than performing it and that has never changed. When I write I always sequence with my mouse and that’s it. Some might find that limiting but honestly I think my mind is so used to that outlet that I’d actually feel restrained having to come up with ideas on an actual instrument.” Roe’s tools are relatively straightforward, preferring to use Fruity Loops Studio as his Digital Audio Workstation and a Kontakt player with the Cinesamples library.

Alex Roe credits a long list of game soundtracks as early inspirations, including “the Zelda games, Super Metroid, Mega Man X, the Shining Force games, Castlevania (particularly 4 and Symphony of the Night), Metal Gear Solid 1-3, Suikoden 1 & 2…” Roe has found particular inspiration in From Software’s games and has released several albums of remixes. “When I made my first Demon’s Souls remix I was pretty down about life at the time and not sure where to go. I was watching an ongoing playthrough of the game on YouTube by EpicNameBro at the time and feeling particularly sentimental for the game. I started thinking why I had never remixed any of its music and chose to write an arrangement using a few of my favourites.”

It’s amazingly appropriate that Alex Roe should be responsible (along with Sean Secca, who provides the ambient music during the game’s traversal sections) for the musical score to GRIME, which is very much part of the Soulslike genre. Roe’s elegant and melancholic underscore for GRIME’s opening cinematic was one of the first times he was tasked with scoring music to specific footage. “I basically went with my gut and tried to figure out how the music is representing the game. There is the main theme to GRIME which actually has a few melodies, without going too into it they somewhat represent: life/power, the world, and destruction. As the two entities share something of a kiss you hear the life melody, then as the GRIME logo comes and goes we hear the world melody, and finally as the protagonist emerges we hear the destruction melody.”

GRIME includes boss battles with inventive and challenging enemies that are often wildly surreal. Roe’s favorite cue from the soundtrack — in addition to the opening cinematic — is for Misbegotten Amalgam. “It’s an arrangement of the first boss ‘Amalgam’ but feels completely different. For me it’s one of the most exciting pieces of music in the game, and of all the bosses whenever I tested that fight out to the music, I was so invested in the mechanics of the fight and the feel of it, so I feel really proud about that fight.”

Roe has a long list of projects ahead of him, including many that are not yet disclosable. “My next project is a video game called Forlorn which I wrote a song for whilst working on GRIME (sometimes you just have to grind and get your jobs while you can) and I’ll be starting that in August, it’s something of a Zelda meets Dark Souls type game and I am quite excited by it! I also have to finish the remaining music for The Iron Oath, I can’t talk about any dates but I completed a majority of the music some time ago and there’s just a bit more left to do as I wait for things to piece up.”

While many composers come to video game music late in their creative lives, for Roe, games are central and inspiring. “Video games are my entire life. I enjoy all sorts of things but my heart has been with video games,” and that kind of heartfelt connection is absolutely reflected in his music.

GRIME releases on August 2. Look for a review right here on COGconnected.

Nioh: The Complete Edition is Free Today on Epic Games