Dark Souls: Remastered Switch Review – Dying All Over Again on The Go

It seems there is a competition between two 2011 RPGs to see exactly who can stay the most relevant. One way to do that is to release on every system that can handle it. Skyrim has taken an early lead there, but don’t worry, Dark Souls isn’t far behind. With Dark Souls: Remastered hitting the Switch it’s now just a VR version and the ability to play the game on a fridge away from pulling even in this contest. All jokes aside, it is a testament to the staying power and influence Dark Souls has had.

Much like James, I had never gotten around to playing the original. That’s not entirely true—I did play through the intro area of the Prepare to Die edition and then put it in my pile of shame ever since. Since I only played a little, most graphical improvements don’t mean much to me, but having checked, the remastered version does indeed improve on the original. In fact, it looked quite nice on the Switch, which at this point is a thing people should no longer be surprised about. Sure the other consoles are higher powered, but playing on the Switch isn’t exactly like you’re playing on a potato either.

At this point in time, even if you never experienced Dark Souls before, it’s still not an unknown franchise. It’s hard, brutally hard. The mantra of try, die and repeat never feels more appropriate than it does here. That makes those few times you can add the word succeed into that recipe feel all the more satisfying. It’s the kind of game that elicits more than a few audible responses from its players. For that reason alone, if you plan on making use of the Switch’s portable abilities to say, play on the toilet like in the trailer, I would advise against it. Look: all those grunts and groans followed by an eventual cheer may very well be misinterpreted by those who can hear. At the very least, don’t use it for public restroom gaming sessions.

Familiar, But Not Too Familiar

So anyway, how does all this brutal gameplay hold up today? Surprisingly well, to be honest. There is something about the design of dangling tiny carrots about in between whippings that never really makes any one aspect stand out as “bad,” but rather makes you question yourself as to what exactly you did wrong. Seasoned Dark Souls players may not feel the same way—it is a bit easier to see some cracks in the armor once you have mastered what is being asked of you. After a solid week of playing however, I’m still very much in the “what did I do wrong” camp.

Let’s change things up and talk about what’s unique to playing Dark Souls on the Switch. The most obvious here is the ability to use amiibos. What do they do here? Not a clue. The list of compatible amiibos has not been released at the time of me writing this. What I can confirm is that the only one of my kids’ amiibos that I was able to locate, Wedding Day Bowser, does absolutely nothing. Also of note, good luck holding down the B button and “scanning” your amiibo on the right stick without smashing your thumb or even just lining it up. Who tested this, the person with the world’s smallest hands?

Players can make use of the motion controls to gesture, but apparently, that isn’t unique to the Switch and could be done with the PlayStation controller as well. And look, I don’t think it’s a huge ask that if you are going to make a game for the Switch that you acknowledge the location of the buttons and conventions used on the system: A to confirm, B for back/close. It seems like such a small thing, but my goodness is it an unnecessary annoyance. Dark Souls is somewhat renown for causing players to rage quit. I never got to that point in the gameplay, but accidentally closing your menu for the fiftieth time instead of confirming a choice certainly had me real close.

Seven years out from its first release, people already know what Dark Souls is all about and probably know whether that type of brutal gameplay is for them. Love it or hate it, it is what it is. The Switch version doesn’t change that experience. It does run extremely well on the system, and it looks pretty darn good. The failure to adhere to Nintendo button conventions isn’t exactly exclusive to Dark Souls: Remastered either, but it doesn’t make it any less of an annoyance. Other than that, there isn’t much else going wrong. 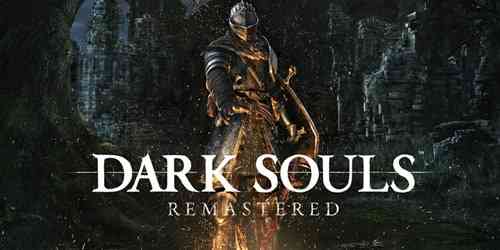