Jackbox Games has captured something special with its Party Pack series; I know this, they know this, and most other people who have played them know this too. That isn’t to say each installment is perfect, and in fact, there are bound to be games in each pack that are hit or miss depending on the player. Still, the core concept of using your mobile device as a controller is ingenious, and Jackbox Games continues to use that idea in clever, fun, and outright silly ways in Jackbox Party Pack 5.

As always, there are five games total in Party Pack 5, with one of them being a new iteration on a previous established game. Though a few can be played solo, I’d highly recommend getting at least one or two friends together before booting up any of them, since they are designed to be party games first and foremost. The last party pack had a few high notes, but overall was lackluster compared to some of the stronger entries, but thankfully, the batch of games in Party Pack 5 are some of the best in years. Even the weakest of the bunch is not nearly as bad as Monster Seeking Monster from Party Pack 4, which was unfun, and at times, incredibly awkward.

The first game on the list is the only reiteration, and it’s actually one of the first Jackbox games ever made: You Don’t Know Jack. The new version is the “Full Stream” edition, and it features a fake media company called Binjpipe as the backdrop. Binjpipe pokes fun at the highly consumable nature of media and online culture and provides a nice source of chuckles while playing. As far as the game itself is concerned, You Don’t Know Jack is trivia game where the questions are not as straightforward as you’d think. Instead, they require you to analyze the format of the question in order to decipher the answer. Though this “trick question” style is interesting, I found the time limit to answer the questions far too short, even with extended timers turned on. This makes playing the game through a streaming service like Twitch especially difficult, as players with stream lag only get about 5-10 seconds to answer each question. Overall, You Don’t Know Jack is an entertaining game, but not the best it could be, though trivia die-hards will undoubtedly enjoy it.

The next game is called Split the Room and is one of my favorites in the pack. The basic idea is this: players are given a scenario where they must fill in the blank. The situation is then shown to other players and they must vote on one side or the other. At the end of voting, points are awarded to the player who wrote the scenario based on how evenly the votes were split. It’s a bit hard to explain without seeing it in action, but it’s a lot more straightforward in practice. The key is to create a divisive situation, one that would be hard to pick a side for. This also adds a personal element to the game, where you can tailor your answer to the people you are playing with based on how you think they’d vote. The theme of Split the Room is also charming, adopting a “Twilight Zone” aesthetic, hosted by a somewhat sinister looking cat. My only complaint with the game is the scenarios are a bit too specific, making some of them feel impossible to write a truly divisive answer for.

Third on the list is Mad Verse City, another highlight in the set. Mad Verse City is one of the more straightforward games here and has players take control of giant rapping robots in a 90s, hip-hop themed city. In what is essentially Mad Libs for rap lyrics, players must complete a rap and then go head-to-head with one another. The other players then vote on the rap they liked more, and this goes on for a few rounds. Mad Verse City requires a good amount of thought to come up with a rap verse that is both witty and funny, while still making sense. The results were consistently enjoyable, though, and had me in an uproar of laughter a number of times. I also love how each robot has its own distinct look and voice, adding variety to each rap. 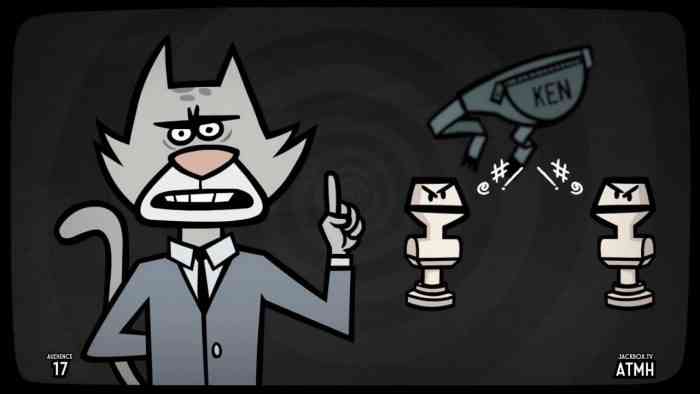 Remember earlier when I mentioned the weakest of the bunch? Well, that is unquestionably Zeeple Dome. My first impression of Zeeple Dome was that it reminded me of one of those old flash games I used to play on the internet. Up to six players get tossed into an intergalactic contest where they must fling their character using their phones (think Angry Birds) at menacing aliens. The aliens appear in waves and players must work together to take them out, earn points and gain powerups. The appearance and gameplay of Zeeple Dome are very rudimentary, and it feels more like a mindless mobile game I’d play on a short commute rather than a party game I want to sit down and play with friends. The only upside is its kid-friendly appeal and could be fun for children to play with their parents.

The final game, and quite possibly the crown jewel of Party Pack 5, is Patently Stupid. A game that requires tons of imagination, and even a bit of marketing skill, Patently Stupid is the most creative game in the pack. There are a lot of moving parts to Patently Stupid, but in short, each player is given a problem and must come up with a concept or an invention to solve it. This involves drawing a mockup of their solution, as well as a title and tagline. The players must then vote on which idea deserves funding. Players can also choose to present their concept themselves or have the game do it for them. Being good at drawing helps but isn’t necessary so long as you know how to sell your product with words. Patently Stupid is not only the most original game in Party Pack 5 but results in the most memorable moments as well. Its only noticeable flaw comes from the drawing mechanism on your mobile device. You cannot change the size of the digital pen and the default one feels too big for the limited space provided. This isn’t a deal breaker, but it can be frustrating and could easily be fixed by Jackbox Games since it’s not built into the game itself.

Jackbox Party Pack 5 can be seen as a bit of a course correction after its disappointing predecessor. Though I doubt anything will ever outdo Quiplash in terms of pure fun and replayability, most of the games here are quality Jackbox creations. Some of them could use refining, and I can only see Zeeple Dome appealing to kids, but as a whole, this is a solid addition to the Jackbox repertoire and is sure to elicit plenty of laughs each time you boot it up. 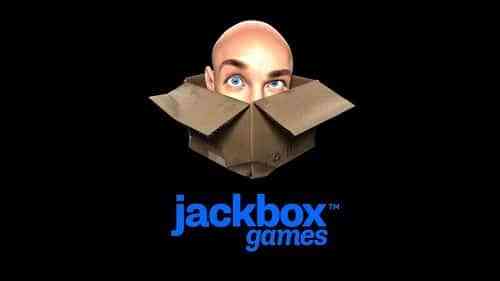