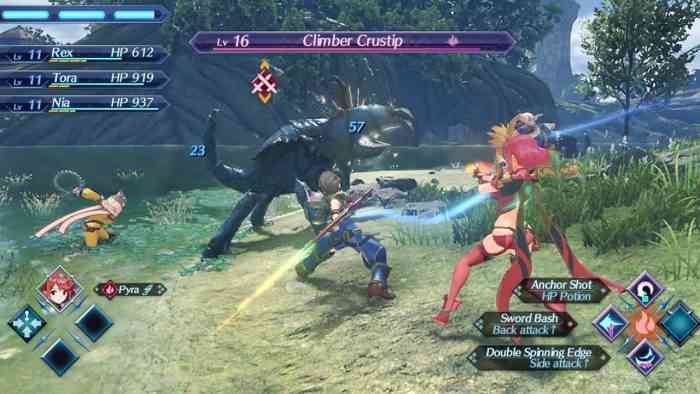 As the third game of the Xenoblade Chronicles series, Xenoblade Chronicles 2 is perhaps the highest profile release of December 2017. With a deep, involved combat system, engaging narrative, interesting characters, and being released on the Nintendo Switch, this game had a recipe for success. As stated in our review, “if you’re searching for the next big JRPG in your life, you can’t pass this one up”.

They’re breakdance fighting! Well not exactly. Floor Kids is a breakdance battle game where players are given the freedom to play the way they want, with a scoring system that is based on various factors. Though the game is not as well known as it should be, the easy to pick up and play mechanics combined with the slick aesthetics and catchy music make it fun for all players. In our review, we found that “Floor Kids is a fun music rhythm game that’s easy to grasp”.

First released in 2006, Okami was praised for its beautiful watercolor styled graphics. Now over 10 years later, Okami HD brings the still beautiful game to HD televisions. Though no major content was added, Okami HD does feature small fixes and the ability to skip cutscenes. In our review, we noted that “Okami is art in motion, a triumph of gameplay and graphics that will hole up in your brain for months and years to come”.


Ridiculous Party Game Gang Beasts Is Out Now on Switch

Nintendo Has Announced “Mr. Sakurai Presents Pyra/Mythra” For Next Week
Next Street Fighter V Arcade Edition Aiming To Crush The Competition Like a Grape
Previous Gamer Rising: The Shift in Power from Publisher to the People