First off, if there were ever a series that was the absolute opposite of video game handholding, Hello Neighbor would take the cake. The first installment was a movie plot yet to be adapted to games: a suspicious neighbor is hiding something in his house. As a curious citizen, you decide to investigate. What followed was a hit-and-miss horror-esque game of trial and error. Hello Neighbor 2 is the follow-up to be released this winter. Pre-orders get access to a Beta going on right now that lets you play in the new sandbox. 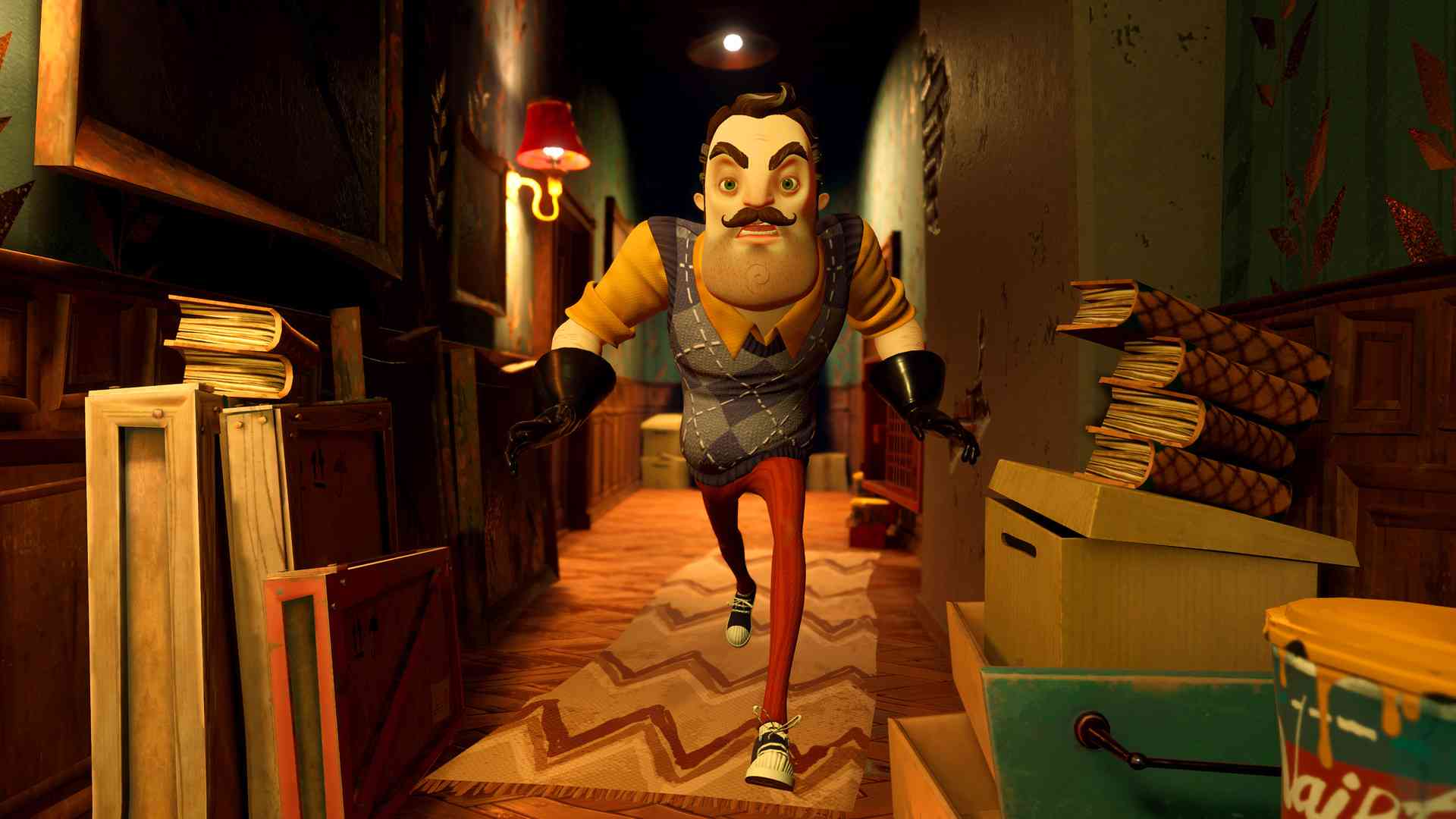 You likely know by now whether you’re into what this series has on offer. In other words, if you’re on the fence, let me state first off, that the game at this stage is not going to convert you. My early impressions of Hello Neighbor 2 are “more of the same”, but expanded with even more freedom.

The Beta starts out in an abandoned barn which serves as a simple tutorial on movement and controls. You’re a journalist set on uncovering the truth. From there, you’re let loose on a town that you can tackle however you see fit. There are some frustrating guardrails in place via a bird creature that attacks you when you get out of bounds. Trigger it and it sends you back to the starting area. It’s not clear why this bird exists except maybe to keep you in certain bounds. 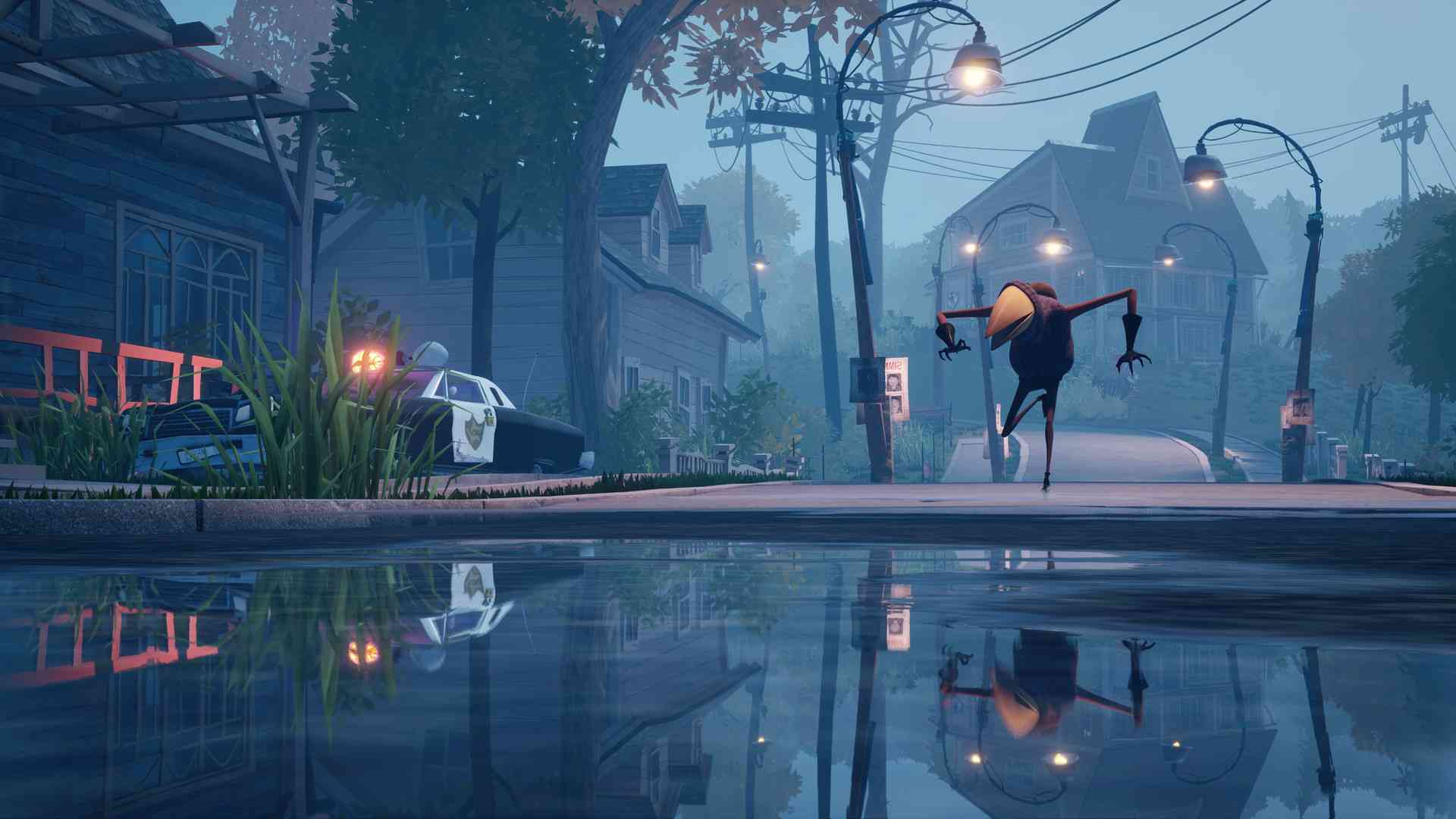 The number of times I’d think I could explore somewhere only to have him appear was very frustrating. Bird aside, the town is full of charm and mystery. It’s full of unique art direction and lit environments that drive the mood. Each person you meet is well animated and the design itself entices you to explore more. It’s a treat to get into a new house or room to admire the art direction as it flexes in various ways.

A Test of Patience

Before I was able to see the infamous neighbor, I spent most of my time distracting a police officer in order to unravel what looked to be a crime scene. Every time I solved one barrier to progress another appeared. And it’s never immediately clear how you can progress, leaving you to what feels like guesswork on how to keep going. For example, should I turn back and see if I missed something? Should I try a different route? Who knows. You’ll need to throw yourself against the challenges. 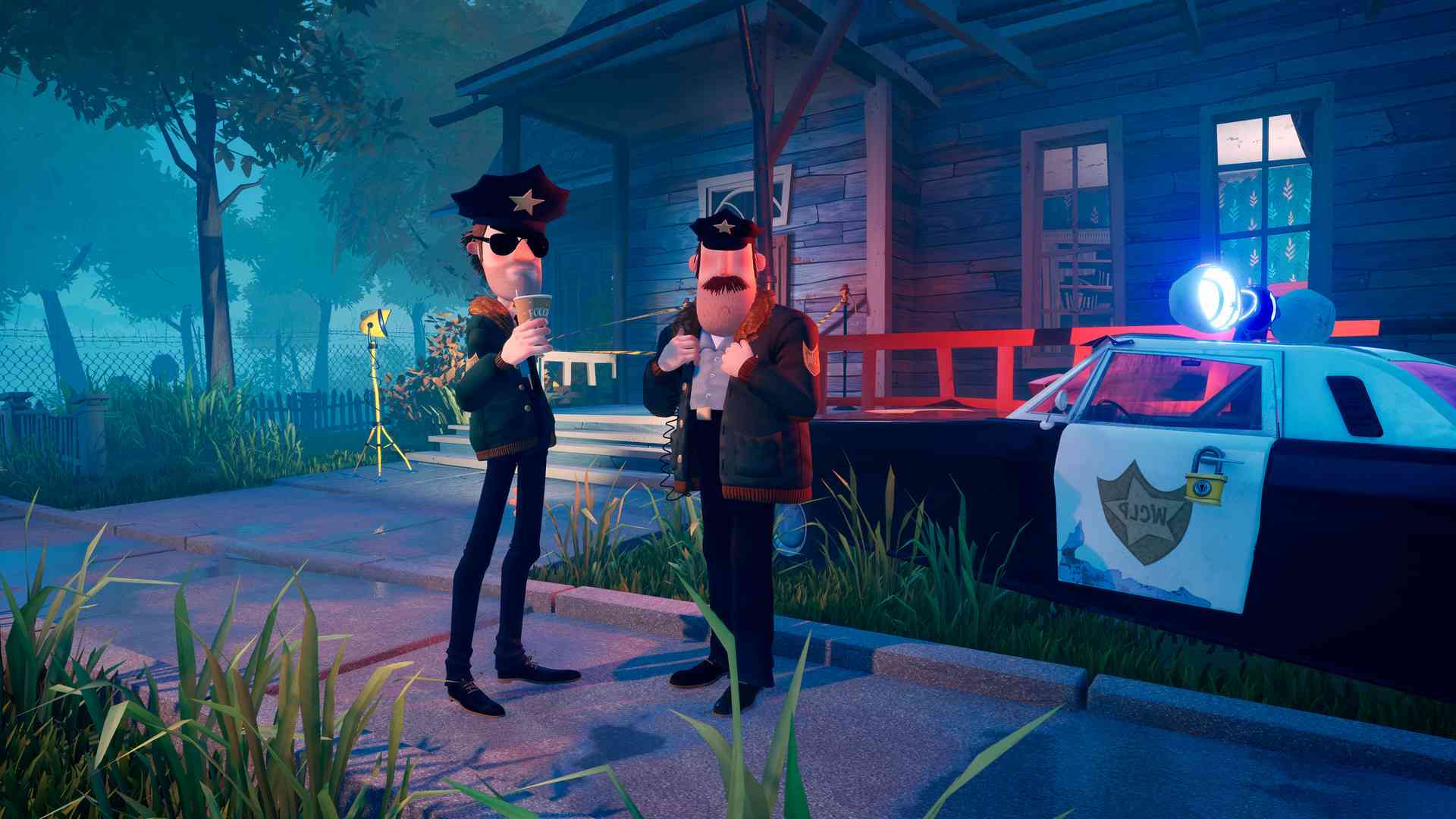 There’s a specific mindset needed to enjoy uncovering this sandbox, how it works, and what does what. For those without this strong or curious mindset, you will find yourself out of patience as you make a tiny mistake only to forced back to your starting area.

There’s some shiny new tech under the hood in the sequel. The AI of your neighbor is now far smarter, and it learns from every player. What you tried once may not work again. Based on patterns it’s already absorbed, It may even predict your next move. 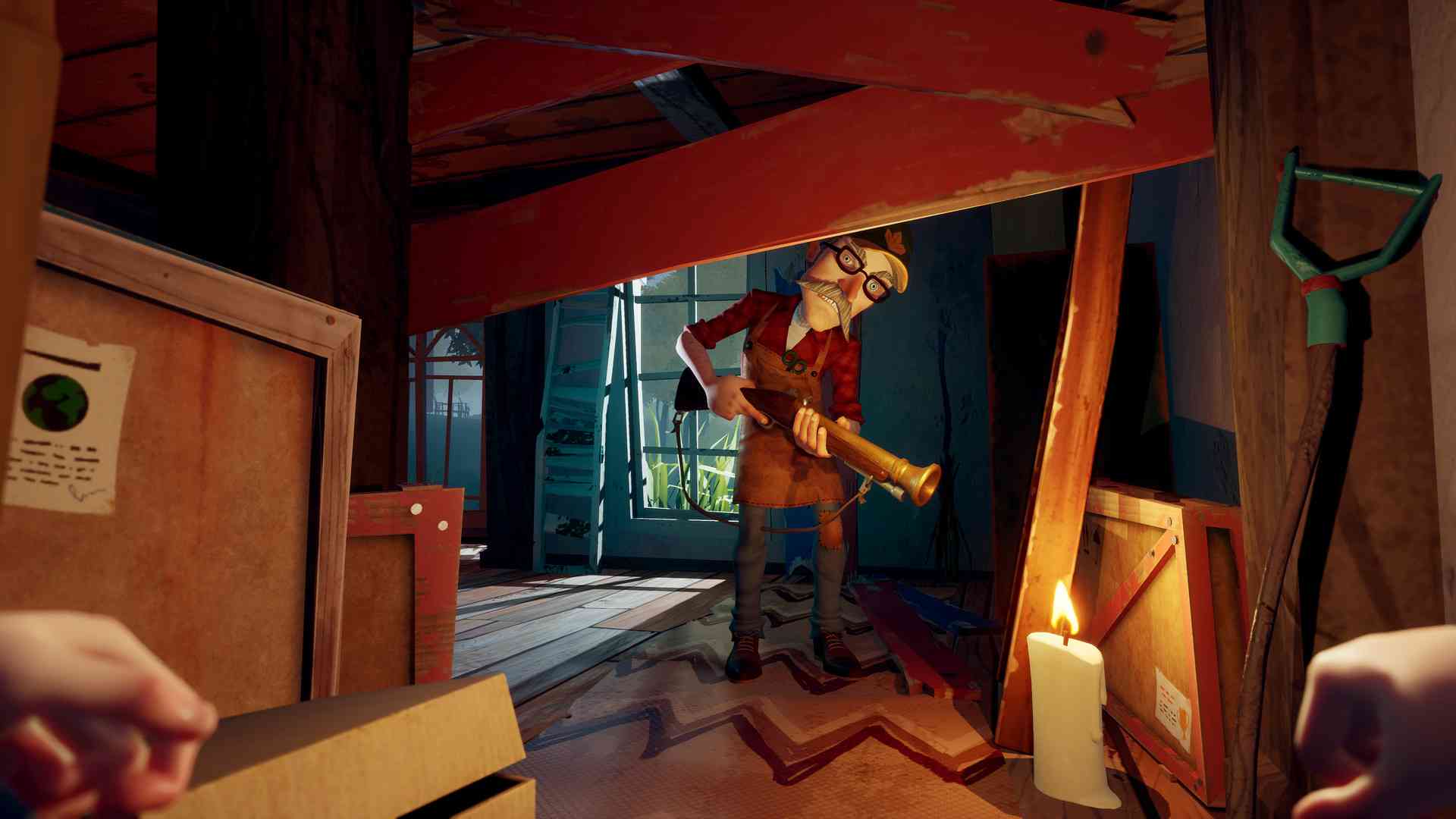 Hello Neighbor 2 drops on December 6, 2022 for PC on Steam. If you’re on the fence, I’d approach with open curiosity to see whether its adherence to the creed of very little assistance is something you’re keen on. 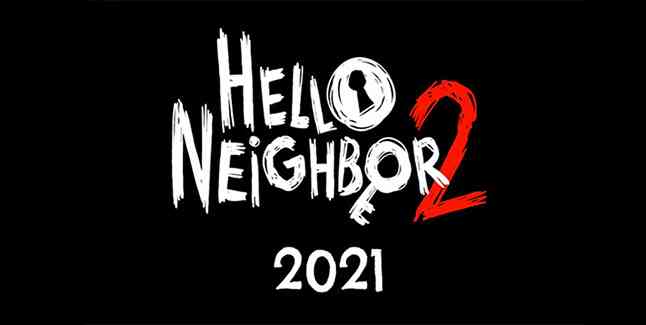