It’s almost time to jump back in the ring. This time the world of WWE has never been bigger. This time with none other than the legendary John Cena at the forefront. Today, 2K announced the release date of WWE 2K23, the latest installment of the iconic franchise. Celebrating 20 years as a WWE superstar, John Cena will be the featured wrestler of the game. A press release dives into more details about the cover, the new gameplay elements and more. Additionally, a new cover star reveal trailer gives players a small glimpse of Cena in game. 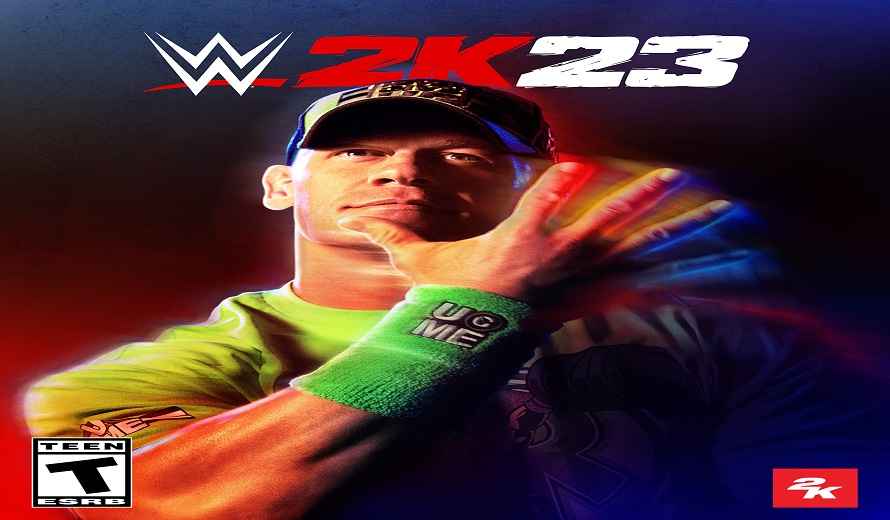 WWE 2K23 is bringing everything fans of the franchise expect and more. For instance, fan favorite modes such as War Games, MyGM, Creation suite, and even more all with new and improved features to look forward to. Additionally, and with no surprise, players will have access to play as some of their favorite superstars. From Roman Reigns to Stone Cold Steve Austin and so many more. Yet, the inclusion of John Cena sets a goal for players who will step into the shoes of his competition.

Not many have been able to defeat, now you can try across a narrative and interactive WWE documentary. The documentary features narration from Cena and spans his 20 year career. Of course, the documentary will seamlessly include transitions from footage to gameplay for players to live out some of the highlights of the Cena career.

WWE 2K23 standard edition is releasing on Friday, March 17th 2023. Importantly the Deluxe and Icon editions of the game will release on Tuesday March 14th, and will feature extras like special EVO cards and more. The Deluxe edition will cost $99.99 with the Icon costing $119.99. Look forward to another trailer tonight at Monday Night Raw.

Astroneer Expands the Universe With Awakening Update Today
Next
The Dark Pictures: Switchback VR Pushed Back a Month
Previous
Say Goodbye to Those January Blues with These Sexy TikTok Cosplays