It’s time to save Earth. Or at least what’s left of it. Prepare to battle aliens amidst a post-apocalyptic planet. Today Curve Games and Triangle Studios are happy to announce the release of their twin-stick action shooter, From Space. Releasing on PC and Nintendo Switch, the game is looking to blend co-op action and a wide array of alien blasting. A press release jumps into the details of the game. Furthermore, a new release trailer grants players a glimpse of all the bright bullet action. 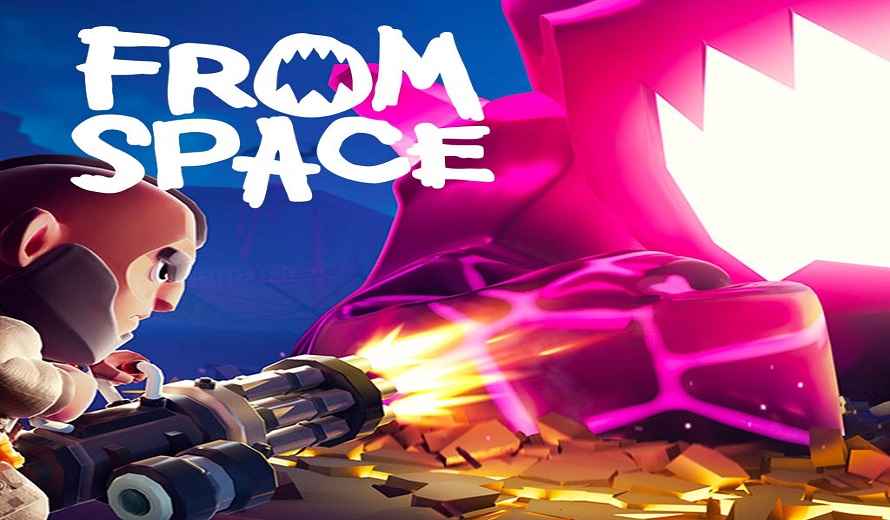 From Space introduces players to a team of alien exterminating specialists. Equipping themselves with a massive arsenal of weaponry players will face off against hordes of alien threats on a post-apocalyptic Earth. With up to three other players, you will advance through various stages clearing aliens and saving the Earth. Of course, the game features over-the-top blasting action with a variety of ridiculous weaponry. From rocket launchers and miniguns to flamethrowers, players have a huge arsenal to blast the aliens. Importantly, From Space, is a frantic shooter so players should expect some flashy battles.

Of course, you can check out everything that awaits you in the new release trailer. Check out the hectic gameplay, and cartoonish art style. Importantly, the trailer also shows off the alien threats you will be facing and the six specialists you can choose to play as.

From Space is available now on PC via Steam and on Nintendo Switch. Currently, the game costs $14.99. So, are you ready to squad up and save Earth from invasion?