Fortnite Is Having a Lord of the Rings Collab Soon

Fortnite may be having a Lord of the Rings crossover soon. Eagle-eyed fans spotted a sand castle that looks nearly identical to the iconic Helms Deep keep. LoTR fans may recognize this structure from the franchise’s The Two Towers film.

“Epic is currently teasing a The Lord of the Rings collaboration on the Island,” the fan wrote on social media. “There are a lot of similarities between this sand castle and a LoTR castle!” 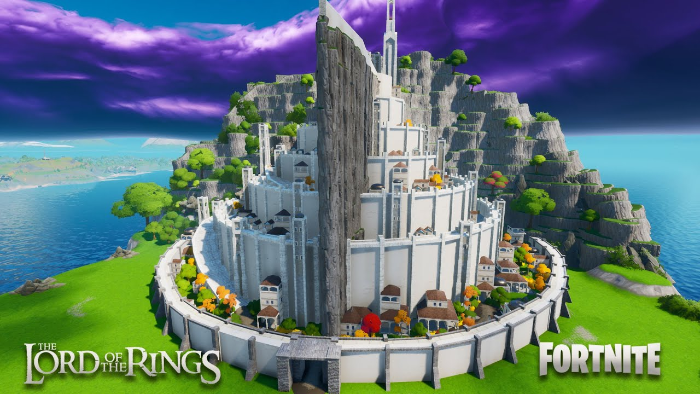 Lord of the Rings fans are well aware that the Helms Deep keep was where Rohan’s forces made their last stand against Saruman’s massive forces. This scene could easily be the most climactic battle of the film. It was an impenetrable fort due to its stone walls and position against the mountain. However, enemies were able to breach the walls by way of a torching the layers of gunpowder that were placed under them. This hole is also noticeable on Fortnite’s sand castle recreation.

This is not the first time that Fortnite had a crossover with a highly popular franchise. After all, its latest collaboration is with Dragon Ball Super. Devs added characters from the massive anime series into the hit battle royale, such as Bulma, Berus, Goku, and Vegeta.

Fortnite’s crossover with Lord of the Rings would make a lot of sense. After all the latter franchise’s Rings of Power TV series is due to debut on Amazon Prime at the beginning of next month. This collaboration will bring even more attention to the new show.

Rings of Power takes place thousands of years before the events that transpired in both the books and the films. With that said, fans are expecting that the crossover’s content will feature a story line from the recognizable trilogy. After all, these arcs may be more popular to the masses.