Tomorrow will mark the one year anniversary of Kena: Bridge of Spirits’ release. It came out on PS4, PS5, and had PC exclusivity on the Epic Games Store. To celebrate this anniversary, the game will be available on Steam starting next Friday. There will also be a big update for current owners.

The anniversary update will give players several cosmetic options to play around with. The Rot have new hats that they can wear, Kena now has new outfits she can put on, and there is an enhanced photo mode. Outfits can swapped on the fly in photo mode. 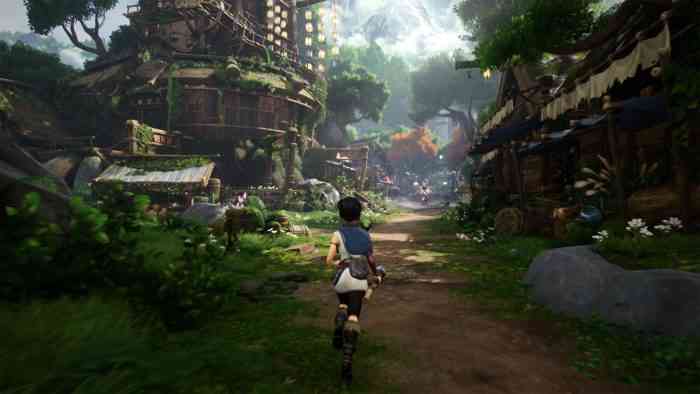 In terms of gameplay, there will also be quite a bit of new content. The big ticket item is New Game +. You will be able to start a new adventure with all the abilities you picked up before. There are also Charmstones, which act as modifiers to gameplay. These include temporary damage boosts under certain conditions.

Players can test themselves in the Spirit Guide Challenge Trials. These are obstacle courses and opportunities to sharpen your skills. The update also adds an extended adventure, as well as new encounters with new enemies. On top of all that, owners of Kena: Bridge of Spirits Deluxe Edition get an exclusive Shadow outfit.

Kena: Bridge of Spirits is available now on PC, PS4, and PS5. It will be available on Steam on September 27th, the same release date as the anniversary update.

Will you be playing through Kena: Bridge of Spirits again? Let us know in the comments below.

Sonic Frontiers Releases Roadmap for DLC and Updates in 2023
Next
Fortnite Teases Lord of the Rings Crossover With Helms Deep Sand Castle
Previous
Evil Dead: The Game Announces Both Paid and Free Content