By the end of this month, gamers who are still playing Marvel’s Avengers will have access to The Mighty Thor. This character is Jane Foster, who is worthy of lifting Mjolnir and wielding the legendary hammer in battle. In preparation for this character’s release, Crystal Dynamics is giving us a brief look at this version of the character.

We have asked before how there can be two Thors wielding two Mjolnirs at once. The answer given in Marvel’s Avengers is that The Mighty Thor is from a parallel universe. It may be a pretty standard answer for comic books, but it works. 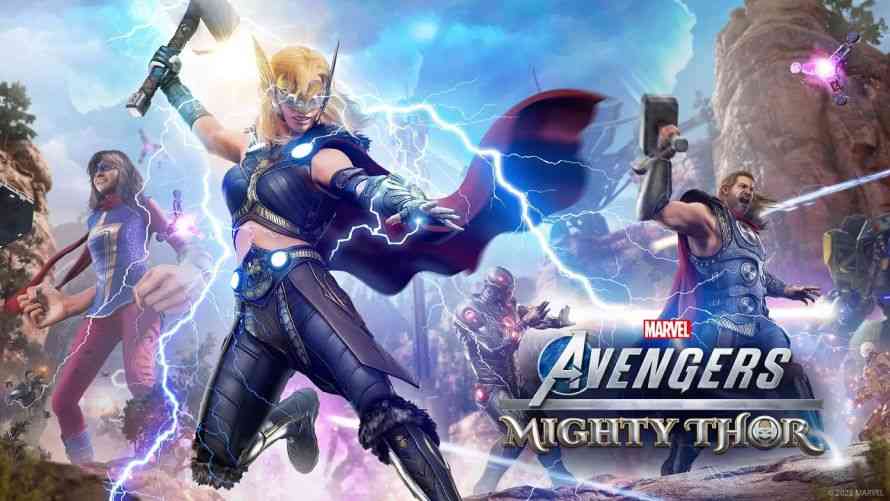 In a short animation, Jane tells us of where she comes from. In her universe, Thor Odinson goes to Earth, but does not return to Asgard. To take his place, Mjolnir choses Jane Foster to take up the mantle. Meanwhile, Odin goes mad and imprisons Freya in Asgard. Unable to beat him on her own, Jane goes to Loki for help. Together they kill Odin, but Jane is transported to the universe we know in Marvel’s Avengers. It will be interesting to see exactly why this happens, but that’s the low down.

Yesterday, we also got a look at some of the different outfits that The Mighty Thor can don. Aside from her Iconic outfit made especially for the game, there are the Mighty, Valkyrie, and Thordis outfits. The Mighty outfit is based on her look from the 2014 comic run. The Valkyrie outfit is based on her costume when she takes up the Valkyrie mantle. Her Thordis outfit is from a What If…? comic from 1977, which resembles Thor’s classic outfit.

This weekend, the development team will be doing a Wartable stream going into all the details of The Mighty Thor. Marvel’s Avengers is available on PC, PS4, PS5, Xbox One, Xbox Series X|S, and Stadia.

Will you be playing as The Mighty Thor? Let us know in the comments below.