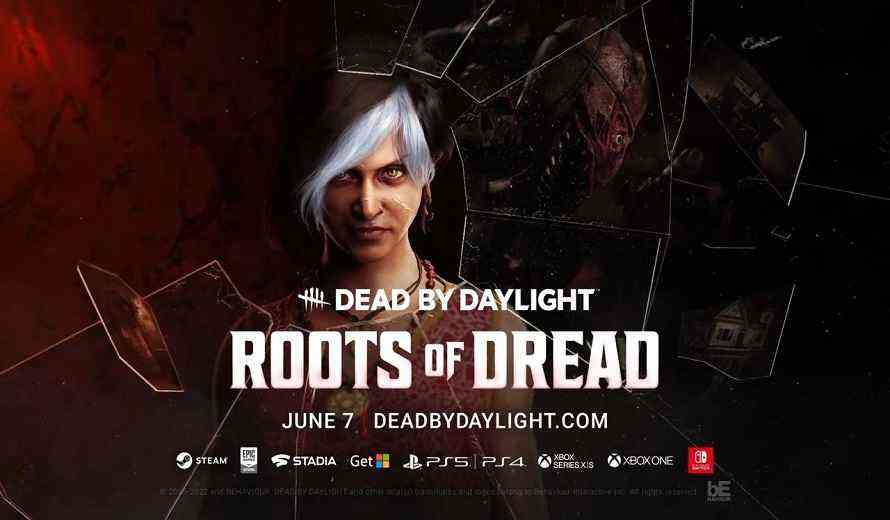 Roots of Dread introduces players to a terrifying new killer in the form of the Dredge. The nightmare that is the Dredge is simply an amalgamation of darkness and evil. As the Dredge players can teleport to lockers, see survivor auras by opening lockers, force pallets to break. It also ensures that players will fall into darkness with his “nightfall” ability. Of course, he is a killer that makes survivors feel unsafe at every turn.

That means survivors need to be brave. Roots of Dread introduces a new survivor to the mix as well, Haddie Kaur. Haddie is a podcaster with a power to face the darkness and evil of the world. Haddie brings both aura seeing abilities and blindness infliction to the killer meaning she can be useful in helping her allies and fighting the killer.

The new map, Garden of Joy, introduces players to a dark American town with a horrible past. Additionally, players can explore scenic home that isn’t all that it appears. OF course, players can get a glimpse of all of this in the official trailer for the DLC.

Roots of Dread is out now for Dead by Daylight on PC. Are you ready for the new chapter? Have you tried the new characters yet?