WrestleQuest Is Coming Sometime This Summer

WrestleQuest has been revealed by Skybound Games and Mega Cat Studios. It will be brand-new RPG entry into the wrestling game genre. However, it comes with a unique twist. Instead of simply going head-to-head inside the ring, players will have to fight against iconic WWE wrestlers through turn-based brawls in and out of the ring.

“Throughout the game, players will experience classic turn-based RPG combat that mixes real-time action with tactical choices,” devs wrote in a press release. “They wrestle through a richly detailed and fantastic storyline starting out as a newcomer before ascending the ranks and becoming the sport’s greatest star.” 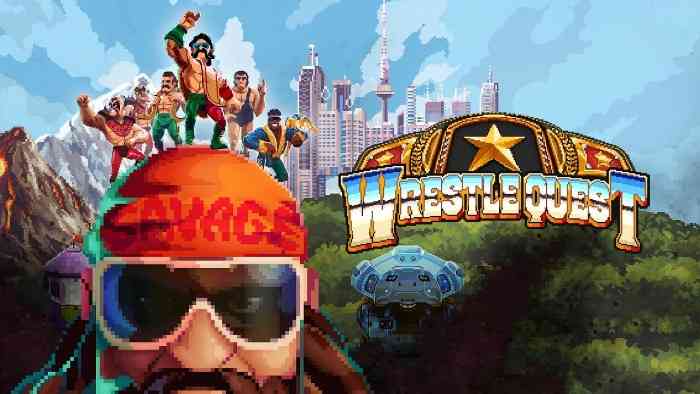 WrestleQuest players get to choose a new upcoming wrestler and duke it out against popular WWE stars such as Andre the Giant, Booker T, Macho Man Randy Savage, and many more.

The game will feature pixel art graphics as well as a visual style that “perfectly represents the combined worlds of wrestling, toys, and action figures.” Fans of wrestling games will be pleased to know that it will come with all the ridiculous and amazing antics that they would expect from a wrestling title.

In classic RPG fashion, WrestleQuest includes many side quests that will help boost the players’ character level. Players can walk the streets to earn more experience and improve their fighting skills. They can do these should they not want to enter a match or a team event. Players can use these skills to fight with other wrestlers using moves straight out of the WWE play book. They can perform some unconventional attacks as well.

The trailer even plays out like a WWE promo. It features an over-the-top voiceover and showcases some legendary WWE finishing moves.

WrestleQuest is due to launch sometime this summer. Unfortunately, devs have not provided an official release date just yet.