The doors to the afterlife are open. The wrath of the gods is upon humanity. It’s time for a little vengeance. Today, A4 Games and Kepler Interactive presented their upcoming action RPG, Flintlock: The Siege of Dawn. A press release provides more details about the upcoming game including its world, plot, and main character. Of course, the details are slim as the game has just been announced. Yet, a reveal trailer gives players a small look at the game. 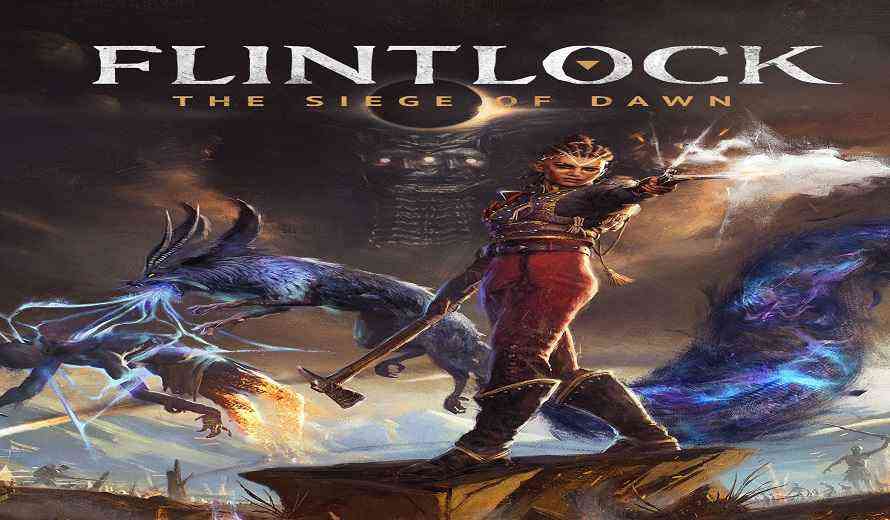 Flintlock: The Siege of Dawn places players in the shoes of Nor Vanek. She is a member of the Coalition Army. Together with her mystical companion, Enki, they aim to stop the undead pouring unto the world and take vengeance on the gods. As Nor players will adventure across an open world full of places to explore. Alongside Enki players will leave their impression on battlefields, cavernous spaces, ruins, and towering cities. Additionally, the combat is dependent on player experimentation. You will need to learn to wield axe, gun, magic powers, and even more as you explore.

The cinematic announcement trailer gives players their first look at the world. Specifically, it allows players to see Nor in action as she fights to lead humanity against the hordes of undead.

Flintlock: The Siege of Dawn will arrive later this year. It will be coming to Xbox and PlayStation Consoles. In addition it will also be available on PC via Steam and Epic Games. Will you help humanity against the most powerful beings in creation? Or will the undead bring about the end of all things?

Dauntless Reveals Stunning Action and Visuals in New Trailer
Next
There Will Be No EA Play Live This Year
Previous
Monster Hunter Rise: Sunbreak Will Launch in June