Biomutant, developed by Experiment 101, is a story of survival and renewal in a world populated by mutated, anthropomorphized animals. An open-world action RPG played to the tune of Legend of Zelda: Breath of the Wild, you’ll take control of a vengeful fuzzy warrior who comes face to face with a new, apocalyptic threat.

The world of Biomutant is built atop the remains of an Earth-like civilization that died out because of pollution. The outrageous negligence of the Toxonal Corporation caused an ecological cataclysm that poisoned the soil, ruined oceans, and kickstarted hyper-accelerated mutations among animals. The mutated creatures eventually took over and created their own society of six tribes that live in harmony and guard the Tree of Life, a giant tree with large, life-giving roots.

However, the appearance of large beasts called Worldeaters threatens another disaster. The tribes have fractured in the face of this danger. Half of them believe they need to unite against the monsters. The others would rather conquer and consolidate power. Running alongside this end-of-the-world narrative is the player’s revenge quest against an old foe. For the hero, the adventure represents an opportunity to reflect on revenge and forgiveness and maybe save the world while doing so. 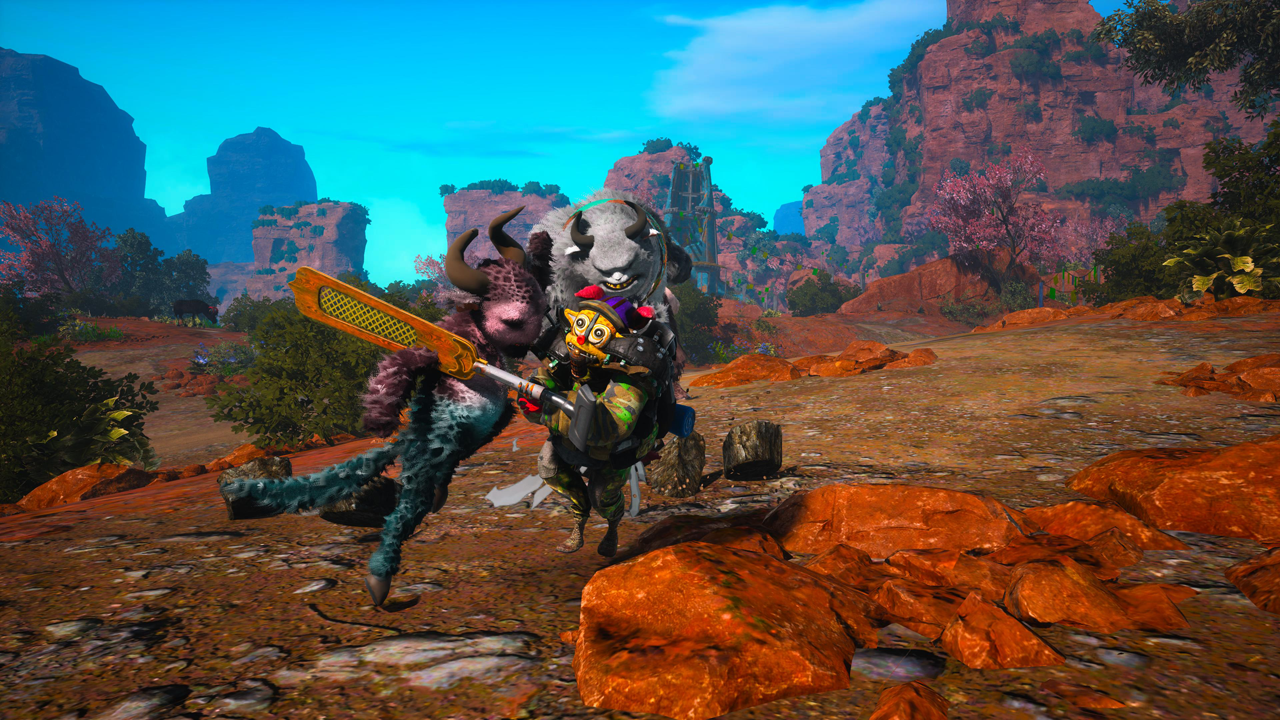 The biggest sin of this open-world experience is just how incredibly dull it is getting around and exploring. The map is large and too often do primary and secondary quest chains get spread out across all four corners of a world. There is a lot of wasted real estate. I expected to find things to do out in the wild, like fishing, getting into races, and going on treasure hunts. Instead, there is barely anything to hold my attention during long walks toward mission objectives. There are ruins stretched few and far between that hold loot. You’ll also come across enemy mobs itching for battle though you are under no obligation to fight them. Too much of Biomutant is spent pushing the analog stick forward until you reach your destination and in most cases, that can take an unnaturally long time.

The most ridiculous experience I had involved encounters with hazard zones. These zones suffer from poison clouds, extreme temperatures, and a lack of oxygen that require different protective suits to survive. An hour or so in the game, I had spent too much time running towards an objective only to stop and suggested I hike to another faraway location to find hazard gear. Why not make these errands part of the main quests? You can’t advance the game without them, so what’s the point in stashing them so far away if not to artificially pad length? 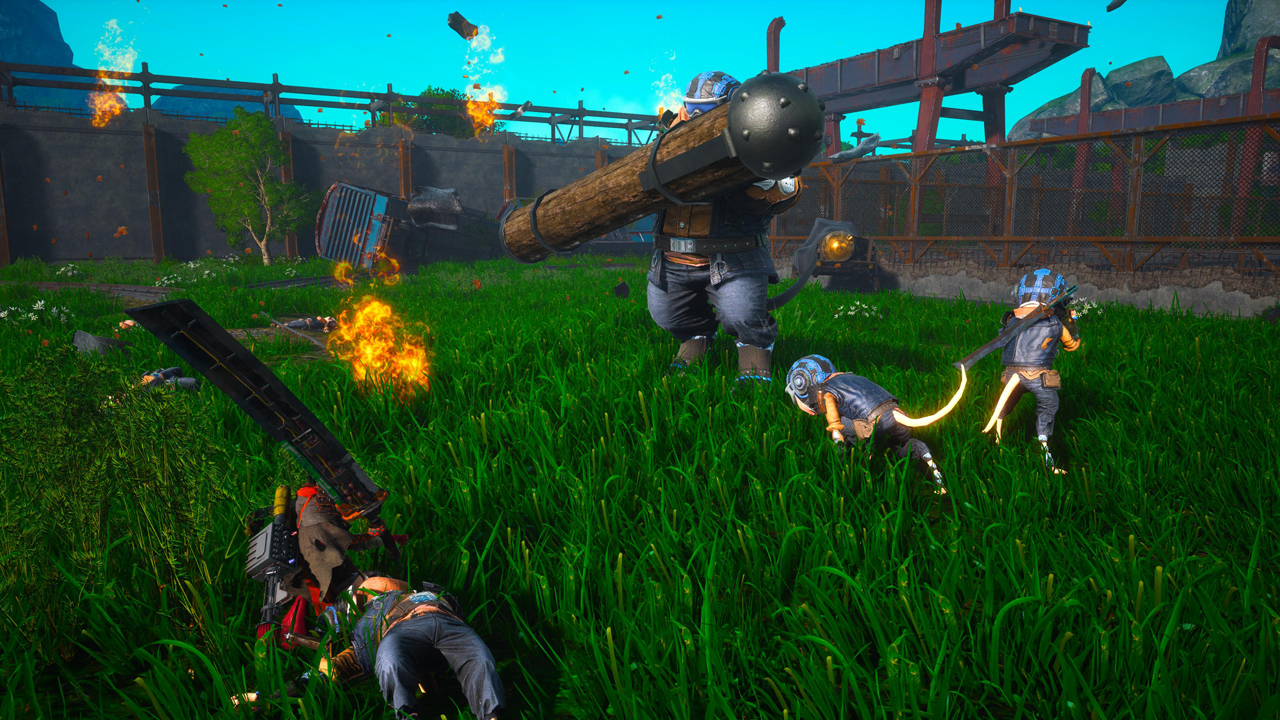 Keeping you company is video gaming’s most insulting narrator. Bastion and The Stanley Parable this ain’t: Biomutant’s narrator is a disembodied voice that doesn’t know when to shut up. He tries to be funny and often waxes philosophically with non-contextual aphorisms. The worst offense, though, is that he engages the player using baby talk that sounds rude and insulting. After about five hours of play, a tooltip popped up and told me how to adjust the frequency of the narrator’s lines. Sadly, setting it to “0” doesn’t cut him off completely.

Developing your mutant warrior is possible through a standard levelling experience typical of mainstream RPGs. Character creation involves allocating points to base stats and selecting a combat class. These classes offer bonus stats befitting their combat styles. Gaining levels rewards more points to spend on upgrades to attributes, abilities, and unlocking special combat moves. Another element of character management is a karma/morality system. Morality plays a major role in the story and you’ll make decisions throughout the game that pushes the needle back and forth. Most of these choices, however, feel superficial and don’t have a meaningful impact beyond setting up the endgame. 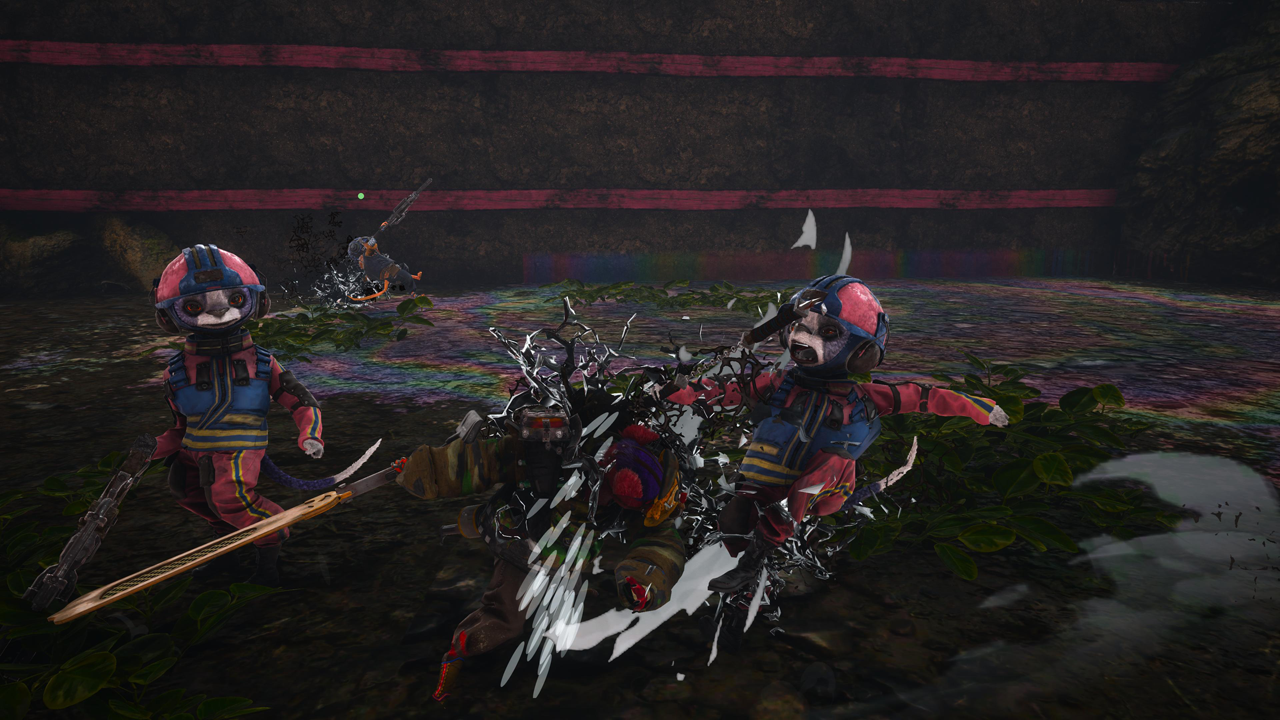 Biomutant’s combat involves stringing together range and melee attacks to form combos and trigger special abilities. A generous move list offers plenty of options to play with and encourage experimentation. Combat has some nice variety but overall, the practice of swinging weapons around isn’t noteworthy. Other games have done better at making you feel cool swinging big swords and blasting away with guns. Part of this has to do with how slow combat feels, even with one handed weapons. No matter how many points I put towards agility, enemies always seem to be far more faster and agile.

Instead of scrounging or buying new weapons, you’ll find scrap parts to build your own one- and two-handed implements. Biomutant makes it fun to attach hammers, blades, and blunt objects to pipes, bats, and other makeshift handles. You can also add mods using repurposed junk to add elemental effects like fire and shock. The mix-and-match nature of the crafting system is fun and allows for creativity. It would have been nice, though, to make cosmetic changes. You can’t craft armor but there are lots of leggings, shoulder pads, and chest pieces to give your fur fighter a distinct look.

For a PlayStation 5 game, Biomutant isn’t going to blow you away with visuals. Originally released for last-generation consoles, it wasn’t a visual powerhouse to begin with. The PS5 version lets you switch between performance modes that increase the resolution at the expense of framerate. Others ignore visual fidelity for a much smoother performance. The environments do look nice, whichever option you choose. The sun and moonlight reflect off grassy hills and great draw distance provides glimpses of pretty landscapes. Some interiors, however, look held together by spit and bubblegum. Textures tear regularly and in close, confined spaces, the camera has trouble following the action. Biomutant has ambition but at the end of the day, it just isn’t all that fun. Experiment 101 put together a strange chimera of ideas in their game that never quite connects in meaningful ways. Finding fun was hard because the story isn’t great, exploration is a chore, and combat is serviceable. I did like the puzzle-like nature of the Worldeater boss fights because they break the monotony of quests. Technologically speaking, the game looks and performs well enough. However, I encountered a few bugs that required dying or hopping to the title screen to fix. All in all, Biomutant had the potential to be a frolicking Zelda-like but everything about this ecologically-minded adventure falls short of its ambition.

***PS5 Code provided by the publisher*** 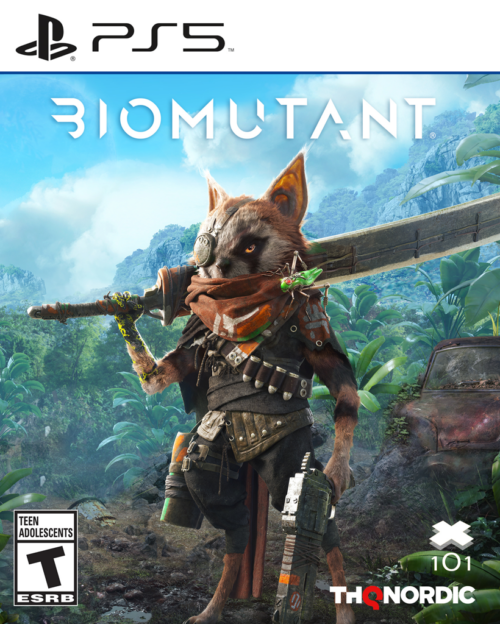