By Land, Sea, and Air

Prepare to dive headfirst into war. Whether your rolling across the battlefield in a tank, flying above in a plane, or locked in combat by sea, there’s a way to fight war for you this weekend. Developer Wargaming is happy to announce its first ever Steam Publisher Sale Weekend. A press release about the event provides more details on the game titles that the weekend features, prices, and more. 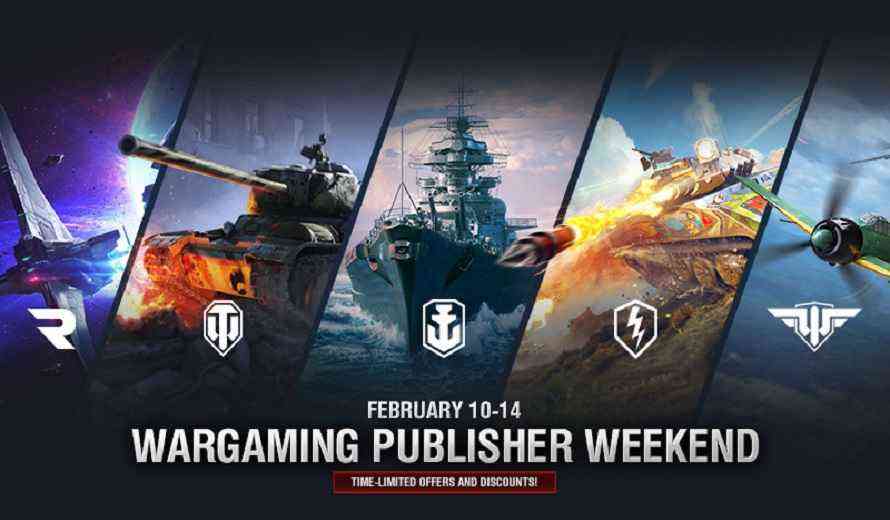 Steam’s Wargaming Publisher Weekend is an event running from February 10th until the 14th. The event contains multiple parts alongside massive discounts. Specifically in-game community activities, streams, and free unnamed goodies, and more. In addition an exclusive bundle is the star of the event that features a list of items for three of Wargaming’s titles: World of Tanks, World of Warships, and World of Warplanes. The bundle is at a 95% discount for the duration of the event.

Additionally to the bundle, that includes all three games with extra items, each game is offering special bundles at a discount. World of Tanks players can receive a free bundle which includes everything from a new tank to a garage slot and even a fully trained crew. Additionally a Steam exclusive, Ruthless Champion, DLC is available in a bundle.

World of Warship’s players aren’t getting Shanghaied, so don’t worry. They are receiving a free DLC that includes things like 3 days of free premium and new ships. In addition a community even is giving a chance to ear tokens and tier VIII ships.

As well, the aviators of the Wargaming community get their own little gift. Pilots can grab a bundle that gives them a plane, free premium and more, for free.

This event is lasting until the 14th and is active now. Additionally, Wargaming legacy titles are also available at an 85% discount.