Forbidden West Looks to Be Not too Big, Not Too Small

The days are counting down for Horizon Forbidden West. This game has been highly anticipated, and for a good reason. From the trailers, visuals, and the hints we’ve been getting through various media, we do know that Forbidden West will offer some things we did not get in the first game- such as the ability to glide, work with NPCs, among other things. However, one of the things we did not know for sure was the game’s length. And now, we’ve got a confirmation. 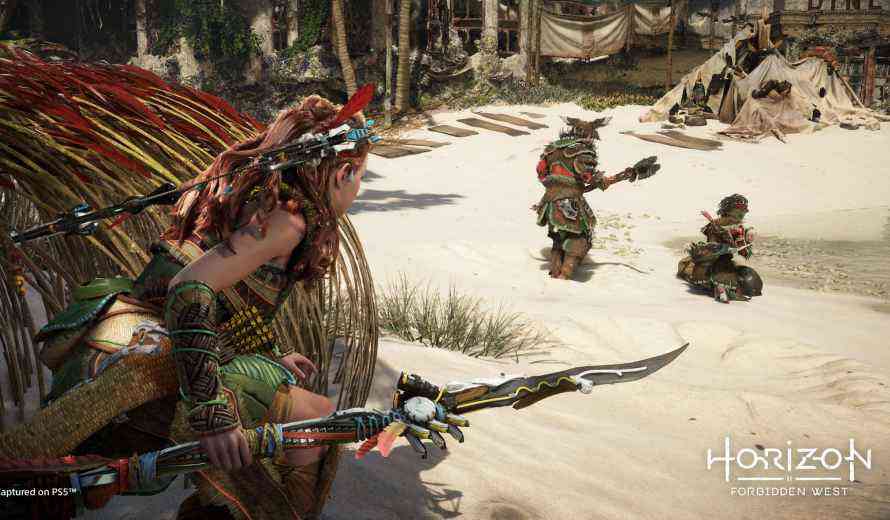 According to the Game Director, Mathijs de Jonge, in an interview with German gaming site GamePro.de. According to  De Jonge, Forbidden West is roughly the same length as the first game, Horizon Zero Dawn. This means, with the story element for Zero Dawn 20 to 24 hours, (though some have, in the past, managed to get through Zero Dawn’s story mode in 15 hours).

For those that have attempted to do all of the stories and the side quests, it was 40-45 hours on average to complete the game. But for those who decided to go completionist (that is, completing everything maxed out, getting all the easter eggs, etc) players took over 60 hours to finish it completely.

Now, this is not, say, 500 hours of play, but it does seem to be a good amount of play, especially for an open world. Especially as it was reported previously, who you interact with repeatedly and go back to as Aloy does have an impact on the ending- even if there is a singular one.

“The time you decide to spend with certain supporting actors could have an effect, albeit minimal, on the progress of the story.” said Narrative Director Benjamin McCaw. So, from what we know while Forbidden West’s length is similar to Zero Dawn, it may be different in that how you spend that time matters.

Which may make all the difference between the two games.