War Thunder is a free-to-play massively multiplayer online military game for PC, PlayStation 4, Xbox One, Mac and Linux. The game offers over 1,700 playable aircraft, vehicles and ships from the 1930s to the 2000s. War Thunder boasts historical accuracy and regular updates for their franchise.

Winged Lions, this month’s update, focuses on the Israeli Air Force which was formed after World War II. Therefore, their aircraft will start at rank IV as players research these machines and decide how they want to use them. The Israeli fleet consists of imported aircraft that have been adapted to fit in their locale perfectly. They include rockets with shape-charge warheads, new calibres of bombs, air-to-air missiles and guided bombs. 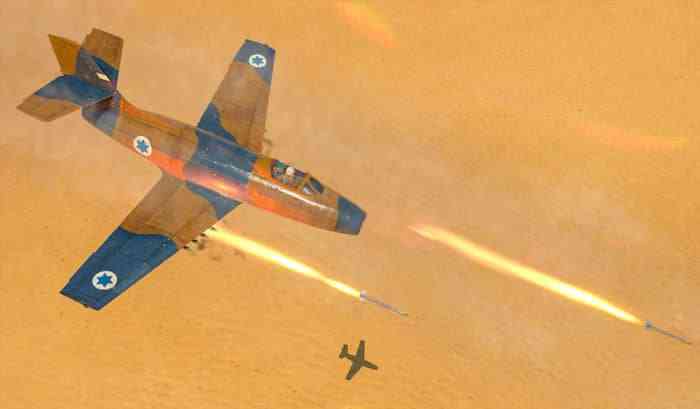 Gaijin Entertainment has released a teaser trailer to give players an idea of what to expect later this month. Players with early access packs will have access to closed testing of the Israeli aviation as soon as the Winged Lions update goes live.

Also featured in the trailer is another key update coming in Winged Lions: ship-launched reconnaissance aircraft. Many WW II warships had this capability, and War Thunder is finally making it available to players. This update will allow players to scout their enemies and attack them directly from the sea. While these planes are small, tactically they can make a big difference in any large-scale battle.

In addition, Winged Lions will add several modern tanks to the game. This includes the Challenger 2 TES, Leclerc SXXI and the Japanese MBT Type 10. The Type 10 may be the most popular amongst players as it features an automatic loader in its rear, increasing the rate of fire.

While there is no official date yet, Gaijin Entertainment says Winged Lions will come out later this month. Which new vehicle are you most excited for?