A Returning Adventure Is About to Unfold

The game that kicked off the series back in 2000 is finally coming to the Nintendo Switch. Paper Mario is getting a Switch port through Nintendo’s latest expansion pass on December 10th. This will be the game’s first port to a newer console since it was added to the Wii U’s Virtual Console back in April of 2015. 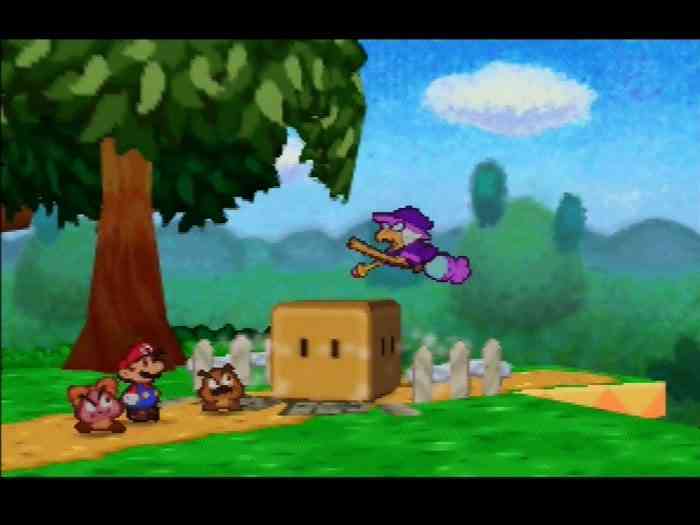 Paper Mario is going to be the first new addition to the Nintendo 64 Expansion Pass. The Expansion Pass came out in late October earlier this year. With it, came nine classic Nintendo 64 titles ported to the Switch. Some of the titles already included are Super Mario 64, Mario Kart 64, Star Fox 64 and The Legend of Zelda: Ocarina of Time.

Paper Mario initially came out near the end of the Nintendo 64′ life cycle. Because of this, its initial reception was underwhelming. People who had played it generally liked it, but many people had already moved on to other consoles and never got a chance to play it themselves. Regardless of its reception in 2000, the Paper Mario franchise has since made a name for itself as a beloved childhood game for many. If you did miss your opportunity to play it back then, now is as good a time as any to give the game a try.

This isn’t the only Nintendo 64 game coming to the Switch. Banjo-Kazooie, F-Zero X, Pokémon Snap and The Legend of Zelda: Majora’s Mask are also coming at a later date to name a few. There is currently no information available on whether this is the last expansion pass being added or not. Fans have been wanting ports of classic Gamecube games for years. Right now, the Expansion Pass only includes games from the NES, SNES, Nintendo 64 and Sega Genesis. You can get the Expansion Pass and Switch Online Membership directly from Nintendo’s website.

Goldeneye 007 Could Be Heading to Xbox