Finally, N64 games on the Nintendo Switch! Also some Sega Genesis titles, if you’re wired like that. Nintendo has dropped a bunch of new games on their Nintendo Switch Online (NSO) service, and they look… okay! If you’re a serious retro gaming enthusiast, the emulation quality will be a hard pass. I had a harder time seeing any serious flaws, though there are some major caveats to my evaluation. Indeed, my experience of the new offerings is the best case scenario. Read on to see if you fall into this very narrow strike zone.

Let’s tackle the most grievous issue right now: you can’t play these games online. The menu says you can, but to be clear – this is a Nintendo netcode grafted onto decades-old games, with extremely mixed results. Worse still, you can’t play with strangers. Since my friends are too savvy to drop so much money on this, I’ve had no playtime with the online versions of these titles. There’s ummmmm, there’s video online of it though. If you’re curious. They haven’t added lobbies, or match-making, or any significant infrastructure for this. You just connect to your friends and their switches, hoping it all holds together. Sometimes it does! But often it doesn’t. If you normally have a bad time playing Nintendo games online, this will be no exception.

If you’re sensitive to such things, the colors don’t always look quite right. To be fair, I had to google a comparison video to see any serious difference. But there definitely is one! Ocarina of Time looks at least 5 to 10% more washed out than I remember. Otherwise, it’s fine! There are errors that pop up here and there, but so far it’s been smooth sailing. Win Back: Covert Operations looks like crap, but I think that’s normal. Meanwhile, Yoshi’s Story is just as vibrant as I remember. It’s also equally frustrating! 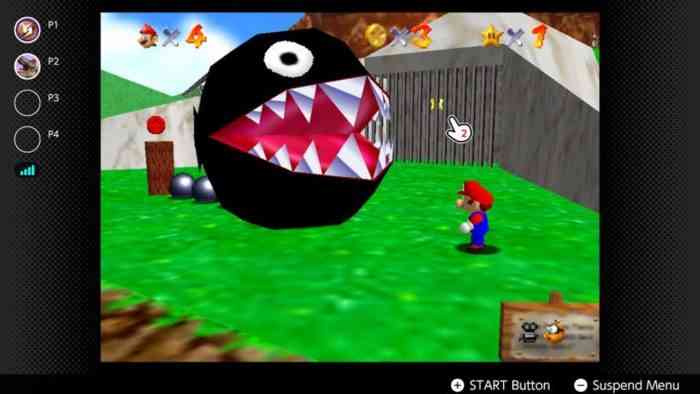 The N64 controller is unique among its peers. The trident design hasn’t been reproduced since, and maybe that’s for the best. It turns out there are easier ways to have both a d-pad and an analog stick, you know? If you’ve never used one, you don’t have to remedy that. Unfortunately, this means Nintendo had to make some tough choices when mapping those wacky controls to modern hardware. The C-buttons use the right stick, but they’re also half mapped to x and y? Or you can hold ZR and press one of the face buttons. It takes some getting used to, is what I’m saying. I’ve heard complaints about input lag, but I didn’t notice any. Which isn’t to say it doesn’t exist! I’m just not the first person to pick up on such things. At least in the single-player games, I found the response time perfectly reasonable.

Once you get past the weird controls and the imperfect emulation, Switch Online has some real bangers on this list. Star Fox 64 never gets old, Sin & Punishment rocks, and I’ll always have room for Mario Kart 64. Yoshi’s Story is more about nostalgia than the actual experience, though it does have a fascinating level design. Super Mario 64 and Ocarina of Time are excellent, but they’ve both had a lot of life outside of this release. Even so, it’s all too easy to fall into yet another run through either one of those games. Overall, the percentage of quality titles is pretty high.

You can also play a selection of Genesis/Mega Drive games with the expansion. This is, without question, 14 classic Sega games. There’s a good chance you’ve already bought all of these games at least twice in the last decade. They operate just like the nes and snes games. You can rewind, save scum, and glide your way through all of them. It’s the best way to play these games, if you’re so inclined. I thought I’d bounce off every one, but Musha was a delight. It’s a top down shooter with charming graphics and tons of power-ups. Truthfully, its biggest upside is that I haven’t seen it in nine other Sega collections. The rest of the collection is pretty good, don’t get me wrong. But we’ve been sold these games a lot.

As a quick aside, you can pick up new versions of the N64 and Genesis controllers for use with these games. I have used the original versions of these controllers, many years ago. I’m telling you right now, you don’t have to. It’s fine. The button mapping for Pro controllers and Joy-Cons is weird, but the money you spend on these peripherals will not be worth it. The Genesis pad is fine, if not overly simple. The N64 controller is deeply cursed and should be avoided as such. If the controls for some N64 games seem weird, I promise they don’t get less weird with the trident in your hands.

So what are you really getting for your yearly fees? Just over 20 classic games, some with online functionality. You’ve also got access to the Animal Crossing expansion, but we’ll talk about that bit separately. If your experience playing Switch Online games is somehow painless, it’s possible you and your friends will have a blast with these games. If you don’t mind less than perfect emulation, you’ll have a fine time. But it’s hard to look at the price tag, the included content, and the listed problems, without feeling a bit unfulfilled. As I said, I’m more or less the ideal customer here. I was gifted the access code, I don’t mind imperfect emulation, and I don’t play games online. If you’re not in that same strike zone, my recommendation is a cautious one.

***A Nintendo Switch Online code was provided by the publisher*** 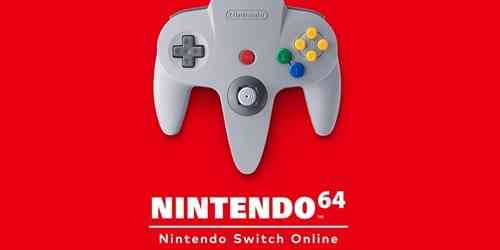