By vocation I’m a musician, and by avocation a gamer — no duh — so there are few situations where sound is unimportant to me. Whether listening to recordings, music I’m creating or the games I’m playing, I want my audio to be clean, balanced, impactful and enveloping. I want the ability to shape the sound to fit the situation as well, because sometimes I want a neutral and natural EQ, and sometimes I want to feel like I’m standing in the middle of a battlefield, with the bass twisting my stomach in knots. Does Razer’s Kraken V3 HyperSense fit all my needs? And will it fit yours?

The Razer Kraken V3 HyperSense is a closed-back headset, featuring 50mm TriForce drivers and a frequency range of 20Hz-20kHz, which is certainly acceptable for this kind and price range of device (approx $139), if not quite to audiophile standard. It has a detachable HyperClear cardiod microphone and a braided cable. As with many Razer products, it has Chroma lighting on the ear cups, which can be synchronized with Razer mice to perform lighting changes in tandem.

Feel the Game in a Whole New Way: Through Your Ear Holes

As its name implied the V3 includes HyperSense, which is Razer’s audio version of haptic feedback. HyperSense, like rumble on a controller, adds another layer of immersion and, in theory at least, more precise directionality in shooters and other competitive action games, where pinpointing enemies in the environment is critical. There are three levels — low, medium, and high — controlled by a toggle on the right earcup. In my experience, the feature was very much game dependent and not universally useful and was most clearly noticeable at the medium setting. Too often the high setting resulted in distorted audio that just sounded like overdriven bass frequencies. I am not a competitive gamer, but I can say that when it works, HyperSense does a great job of adding clarity and spaciousness to the audio mix. It’s a fun addition to the sound, like adding a new and vibrant color to a painter’s palette. 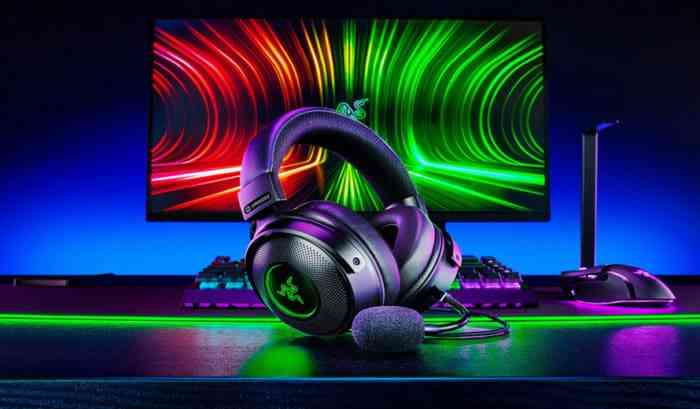 Out of the box, I was impressed with the build quality and feel of the Kraken V3. It’s solidly and precisely put together with an excellent fit and an attractive matte finish. At .73 lbs, it isn’t a super light headset, but feels balanced and comfortable over long wear periods, and its memory foam ear cups wrapped in leatherette and fabric actually feel luxurious. Being a closed back headset, it does a naturally good job of sound isolation. The quality braided cable is permanently attached but I have one gripe about it. Although the headset is advertised on the box as compatible with PC, Mac and PlayStation, the cable is much too short to be useful in many, if not most, console set ups. I have almost all my gear close by but the supplied cable just barely reached my PS5. It’s a shame, too, because I could see the V3 becoming my headset of choice for the console.

Aside from handling audio in games, the Kraken V3 was fairly impressive as a companion for listening to music. I mean, let’s be real, it won’t replace a pair of $1500 Sennheisers with a frequency response of 4Hz-60kHz, but for listening to music or video on streaming services or YouTube it will work just fine, and thanks to the easy-to-use Razer Synapse software, the audio experience can be fine tuned for either music, movies or gaming. Especially when it comes to using the headset and mic for communication my personal preference is for open back headsets, but the detachable mic sounded clear and distortion free. It has a fairly narrow frequency response of 100Hz-10kHz, so you won’t want to record much with it, but in the heat of a coop game it works and sounds great. 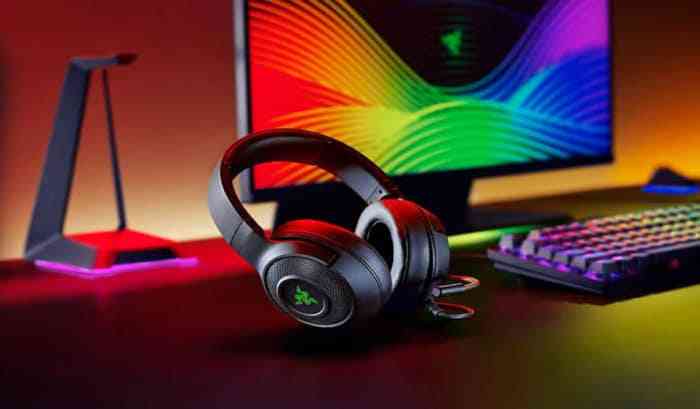 My first impressions of the Krazen V3 HyperSense out of the box were of a well-made and attractive headset, and my positive impressions continued as I put the V3 through its paces in gaming, listening to music, and video. It feels durable, comfortable, and adaptable to a wide range of situations. Although I wish the cable was just a little longer in order to more practically accommodate my console setup, it sounded equally good with my PC and PS5. The HyperSense feature was a little hit or miss, but when it worked, it definitely added an extra element to the gaming experience. The Krazen V3 HyperSense is an excellent step-up headset for gamers in search of quality audio enhancement.