I’m not a gambling man. I’d wager, however, that when it comes to mice, a lot of computer users don’t give them much thought. They find one they like and forget about it. Unless the dog chews the cable or the battery dies on a wireless model, a mouse is just one less thing to think about. That’s not true with competitive gamers, of course. For them, the mouse is like the steering wheel on a Formula 1 car. Or maybe even the car itself. This might be a terrible analogy. Moving on. We’re here to look at the Cooler Master MM310, an affordable and lightweight gaming mouse. 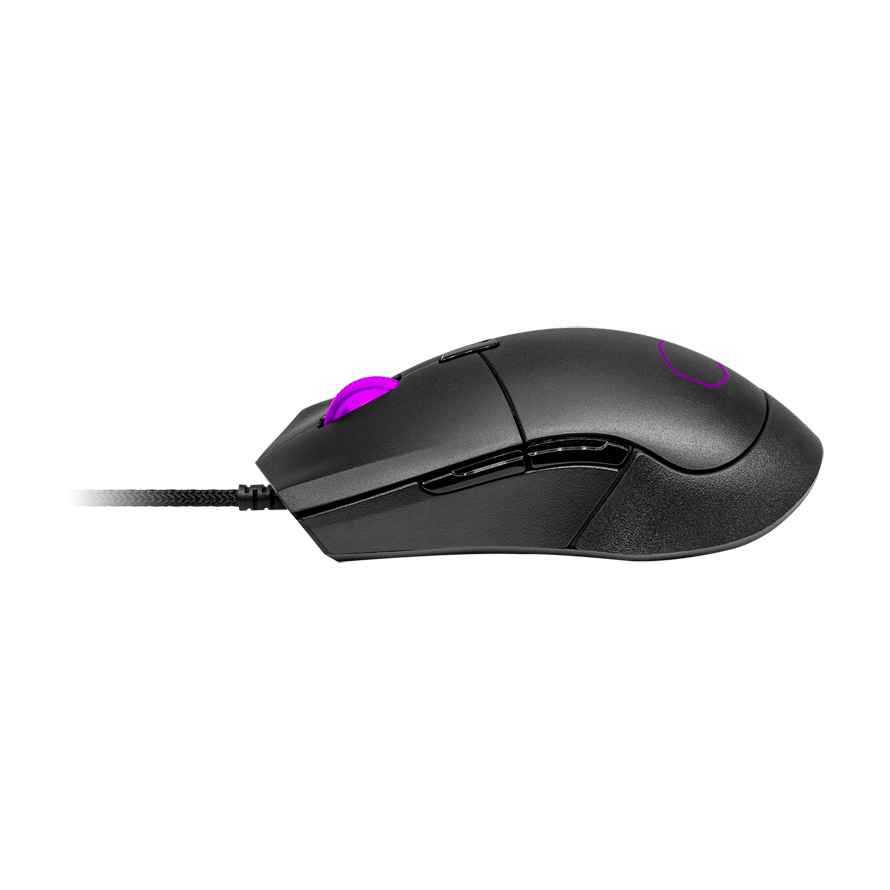 Let’s talk specs. The MM310 is a wired, USB, egg-shaped optical mouse that’s ambidextrous but geared towards right-handers with two thumb buttons on the left side. It weighs in at only 50 grams without the cable, and it has mechanical switches rated at 60 million clicks. It’s made of ASB plastic and rubber with silicone feet on the bottom. Its optical sensor is adjustable up to 12,000dpi. It has programmable RGB lights. Finally, there’s a wide range of parameters — angle snapping, polling, sensitivity, speed, etc. — that can be fine tuned via Cooler Master’s Windows-only software. The software can coordinate all Cooler Master’s RGB-equipped peripherals for a true gaming light show.

It comes with an attached, braided cloth-covered cable. For the wireless minded, the MM311 is a nearly identical mouse, with similar programmability but without RGB. 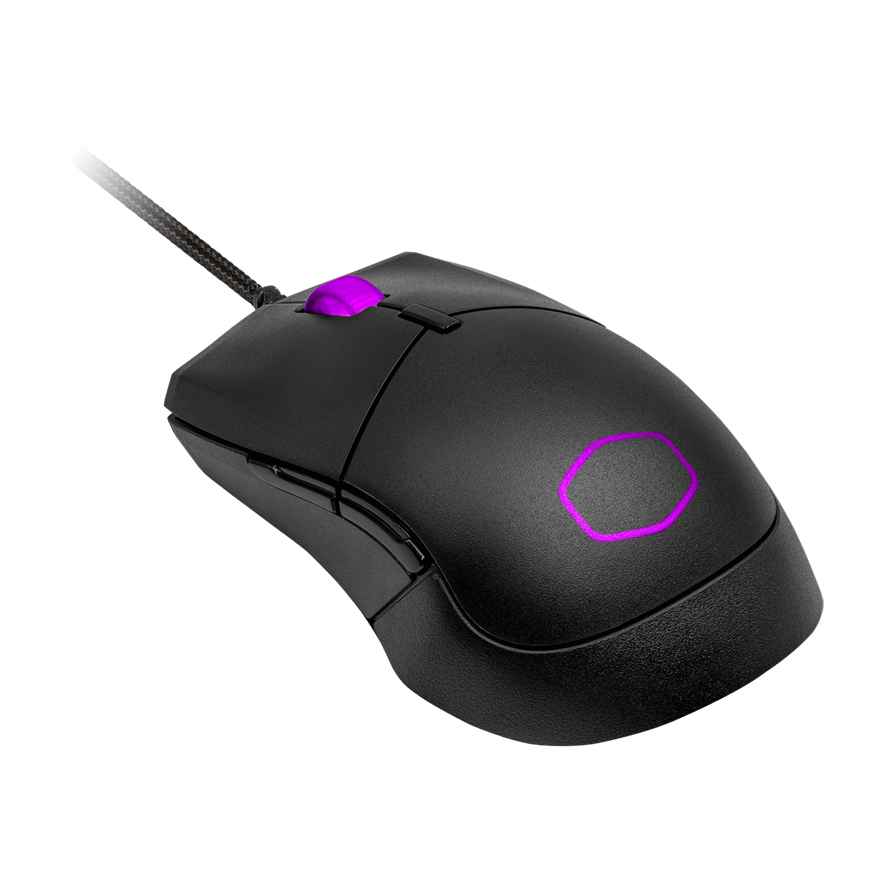 Thanks to the MM310 software, dialing in a balance between performance and applications isn’t an issue. Even a casual user such as myself will probably spend some time tweaking the basic parameters to find a speed and sensitivity that works for them. It’s a little like building a character in an RPG. In the days before gaming-specific mice, a mouse was a mouse. No longer.

Of course, at around $45US, the MM310 sacrifices a few things like additional buttons, pricier materials or more refined ergonomics. However, the dirty secret of all gaming mice is that beyond a certain point, super-high dpi doesn’t translate to more competitive game performance. Tons of buttons and macros are features used by a relatively small subset of gamers or even the general public. So if a budget-class (or any) mouse feels good, it is good. For you.

So, as always, the question comes down to feel. Is the MM310 comfortable for long periods of gaming? In my role as reviewer for COGconnected, and as a gamer, I’ve test-driven dozens of input devices, including outlier designs like vertical mice. And yet, with two or three mice on my desk at any one time, I always reach for the same one. Why? Habit, for sure. But more critically, there’s one particular mouse that fits my hand like a well-worn baseball glove. I’m not a competitive gamer, so the fact that my daily driver mouse is heavy and slow doesn’t matter as much.

Out of the box, the MM310 is shockingly light, but its lack of texturing or richer materials make it feel a little like a budget mouse. The silicone feet are fast and smooth, but some users prefer replaceable feet. The ergonomics of the MM310 favor a claw or palm grip, and I found both to be relatively comfortable, with the rubber mouse wheel and thumb buttons within comfortable reach. How a mouse ultimately feels is a complicated equation between intended use, hand size, handedness, grip preference, desk height and even posture. How it feels to me is subjective and sort of irrelevant. 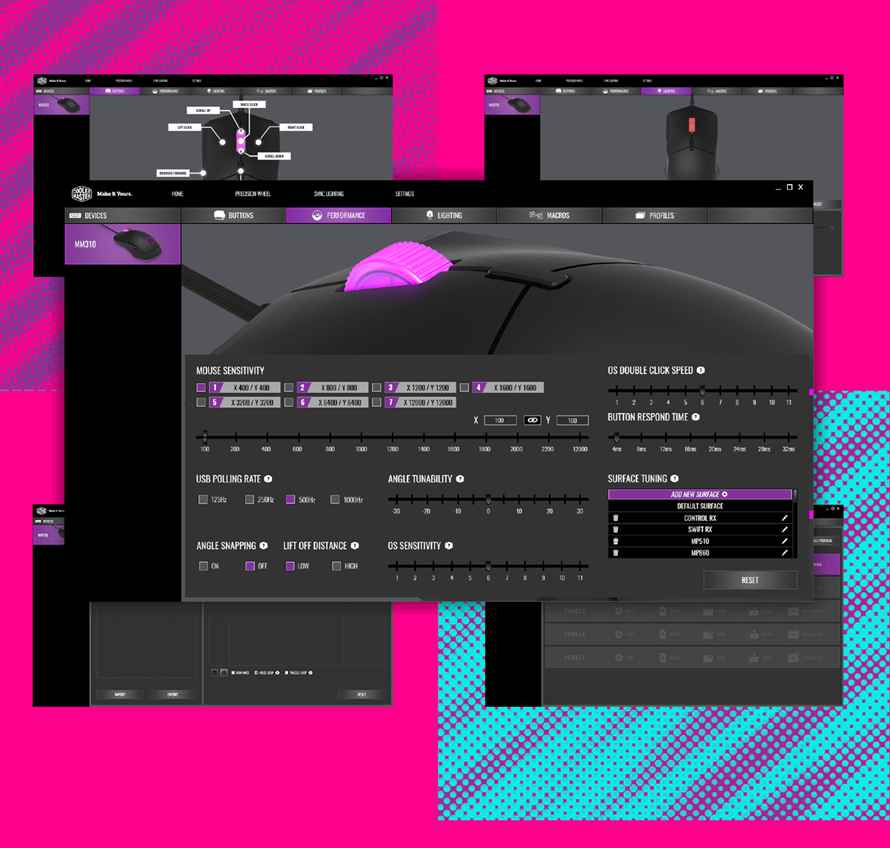 The MM310 is a budget-friendly gaming mouse that can be infinitely tweaked and adjusted for optimal performance. It’s lightweight and fast. The cost tradeoff comes in the areas of materials, refined ergonomics and button options, and an aesthetic that is a bit generic. That said, the MM310 is a great overall option for demanding gamers or general users looking for a balance between cost and performance. 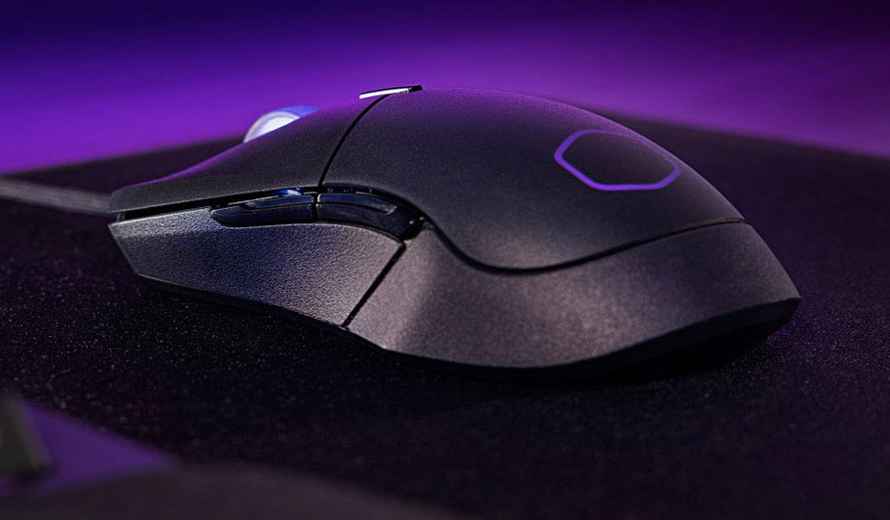 Logitech Lift – The Evolution of Verticality