Back in the day, you know…in the early 2010’s, controller customization for new and old consoles alike was all the rage. Even though the PlayStation 5 has been out for almost two full years I have yet to see this same level of accessory customization readily available on the market. Thankfully HexGaming is trying to bridge this gap. I’ve been able to spend the last couple of weeks with the Hex Rival Pro PS5 controller and let me tell you, it’s stellar. What makes it so special? You’re about to find out. 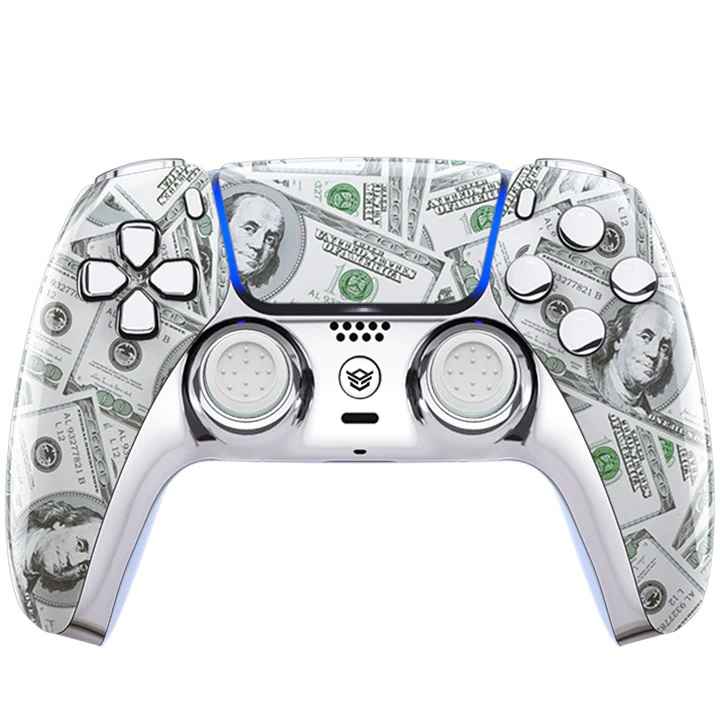 It’s worth mentioning that the Rival Pro controller is the exact same as the typical DualSense controller. It just has extra bells and whistles. It’s the same shape, design etc. as HexGaming uses the original DualSense controller to mod and create their masterpieces. It certainly doesn’t feel like a controller that’s been taken apart and put together though. None of its parts feel even remotely flimsy. In fact, it feels incredibly well made. I’m confident that barring any intentional damage due to game rage this Rival Pro controller is going to last a long, long time.

Part of what makes the Rival Pro controller so alluring is that it’s crazy stylish. There are a few options offered by HexGaming with the Rival Pro controller but the one I’ve been using is bright white with a $100 bill money print on the front. It’s eye-catching. And while it’s very aesthetically pleasing due to its bright color and design, there are a few other details about this controller that will have you even more excited.

It features silver buttons, silver triggers, white customizable analog sticks and an affixed rear panel with 4 extra white buttons where your fingers can easily rest. There’s no USB cord included but this HexGaming Rival Pro PS5 controller comes with 4 additional sticks (6 in total) that pop on and off easily. They’re convex and concave and are varying heights, making them compatible for all of your gaming needs. That said, there’s no need to worry these will come off mid-game as the sticks do require just a little extra pressure to pull off. I actually preferred these analog sticks to the original DualSense ones, finding them a bit more comfortable to use. 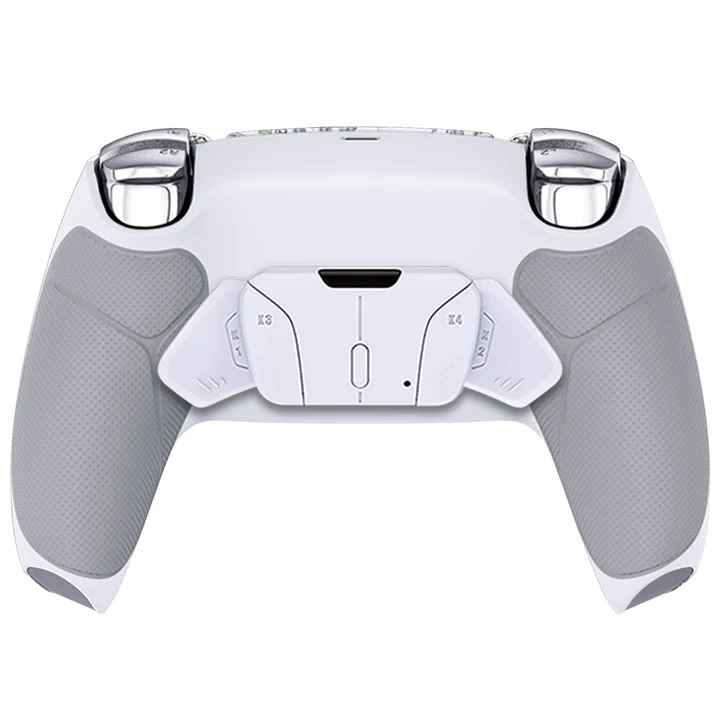 The Rival Pro controller also features textured grey grip on the back of the handles. No matter how long you play, no slippage ever happens. It’s fairly subtle and really balances out the smoothness of the rest of the controller. The triggers offer a clicky tactile mouse button sound as an added bonus. So do the 4 additional back buttons, so it’s definitely satisfying to use.

Now besides the customizable analog sticks there’s another optional mod available with the Rival Pro controller. The 4 back buttons (titled K1 to K4) are completely programmable. A few button pushes, and you’re off to the races. Pairing is pretty straightforward. It requires you to press and hold the back button in the middle of the rear panel, then match which button you’d like to map with the one you’d like it to be. There will be a light that flashes and you’ll be good to go. Practice makes perfect here.

My gripe with these back buttons is that the K1 and K2 buttons are in the way of where my fingers naturally sit with my grip. The controller and buttons are as ergonomically designed as the DualSense. However, the positioning of these rear buttons could’ve been thought out a little better. Some of us have slightly larger hands, with longer fingers. I found numerous times after mapping the buttons that I would accidentally press one of the back buttons and throw a grenade or use an ability at precisely the wrong time. I got used to them being there after a while, it just wasn’t ideal. 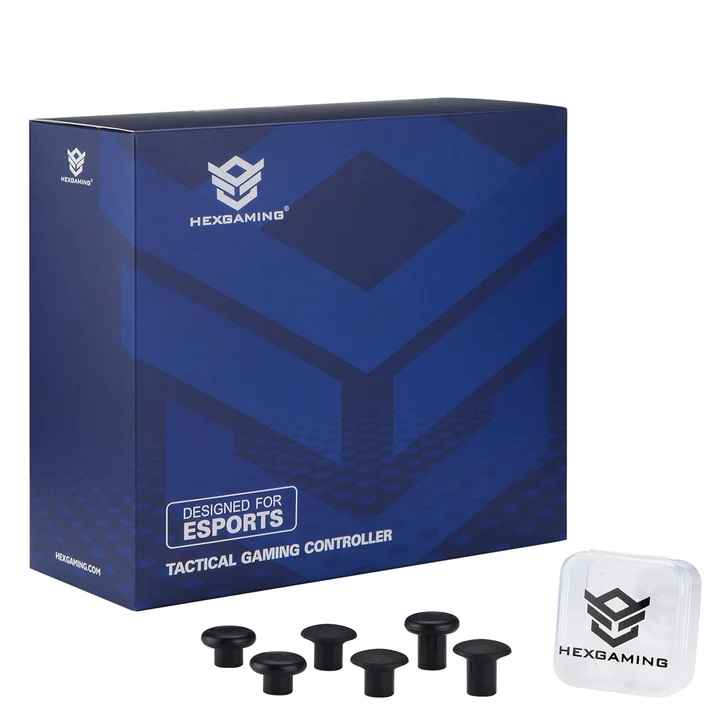 If shooter games are the only genre you play, the Rival Pro poses no issue. If however, you’re like most gamers out there, and like to play a larger variety of titles, it might not suit you as well. HexGaming says that these triggers don’t work for racing games but that’s not all. You might also find that these hair triggers push aside the haptic feedback and adaptive triggers that are a huge selling point of the original PS5 DualSense controller. It would’ve been beneficial to have the ability to turn these hair triggers on and off. Not all gamers out there strictly play shooters.

Overall the Rival Pro controller is mesmerizing and its performance in shooters is unmatched on PS5. It’s easy to use and satisfying to listen to the trigger clicks. It’s the ultimate companion for multiplayer shooters and will give you the leg up each and every time. That said, at $289 USD before tax it’s expensive. Especially given the back buttons can get in the way at times and the option to lock and unlock the hair triggers isn’t an option. As a result it’s hard to recommend the Rival Pro controller to any casual gamers. Same for those who don’t strictly play shooter titles. For those who play competitively, want to use a modded controller that looks super slick, or for anyone who doesn’t worry about their wallet, the PS5 Rival Pro controller is a real treat. 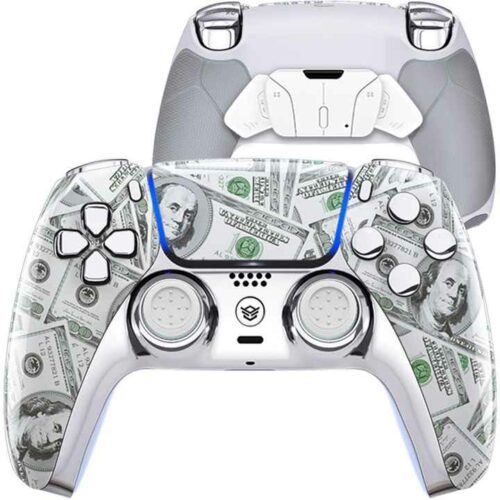