Games like Hard West 2 proport to be one thing but are really another. Like the setting, for instance. It looks like a traditional western. But underneath those dusty boots is a road filled with monsters and ghouls. And although Hard West 2 mechanically suggests a turn-based action title, it’s really more of a puzzle game in disguise. None of that’s bad, of course. In fact, it’s kind of cool to defy expectations.

Hard West 2 is a standalone sequel — is that an oxymoron? — to 2015’s Hard West, and like that game, it mixes supernatural elements with traditional western tropes. That’s apparently a thing now because Hard West 2 pretty closely followed Devolver’s Weird West, with very different mechanics but some similar themes. No matter. Hard West 2 differs in a significant number of ways from its Weird West neighbor.

The game begins with that iconic western trope, a shootout on a moving train. This tutorial mission does a couple of important things. First and foremost, it introduces the player to the main cast of characters: gang leader Gin Carter, the magic-using sorceress Flynn, the sharpshooting Clive, and the Native American Laughing Deer. While you’ll add to your cast of potential cohorts, you’ll always be limited to four. 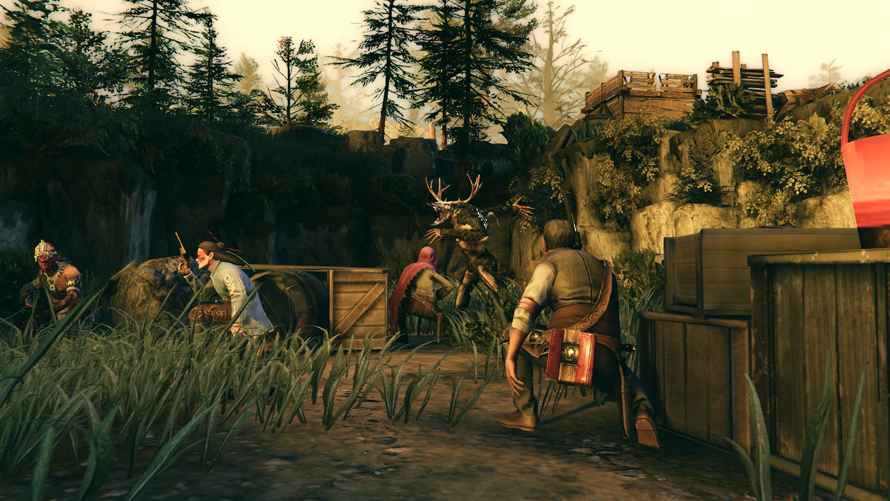 Well, it turns out the stakes are a little higher than some stolen gold, and Hard West 2 turns into a quest to retrieve lost souls. It’s a great premise that allows for both human and supernatural enemies, and raises the stakes on the outcome. The narrative is a good one. It’s told in an engaging, graphic novel format, with artistic illustrations and a great sense of style. As with many games in the genre, you switch from an overworld map — where you progress the story as well as taking on side missions — to a 3D environment for the missions themselves.

There’s a lot to enjoy down at the gunplay level. For one, the environments look great, with lots of authentic detail. But its looks aren’t just cosmetic. Elevation and line of sight play a huge role in Hard West 2. Using cover wisely is equally important, so the levels are built with puzzle-like elements baked in. Now and again, the camera makes it difficult to accurately judge relative heights, but generally, everything works well. You can even try to ricochet bullets off of objects to hit a target not in direct line of sight.

That success extends to the action, which folds together a number of systems and variables. To start, there’s a wide range of weapons as you might expect, with each character specializing in one type of weapon or another. Side missions often reward characters with new weapons and other gear. Each character has a special ability, like Gin Carter’s Shadow Barrage, a deadly strike that takes down multiple foes.

There are a couple other mechanics that add depth to the action. Hard West 2 has a collectible card element. Individually, cards boost one of four basic stats: health, speed, luck, and bullseye chance. However, the cards can also be assembled in poker-hand like fashion, which raises stats and opens additional abilities. Finally, there’s Bravado, which rewards a kill by refilling a character’s action points. 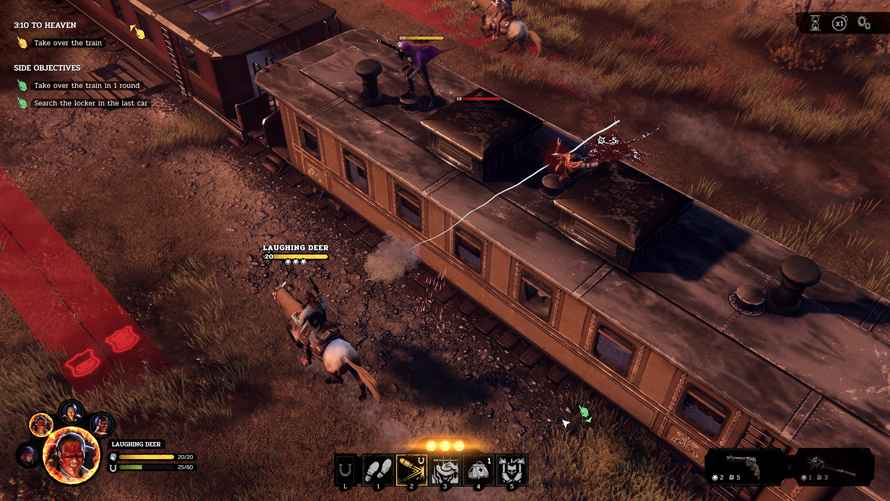 Hard West 2 does a good job of making all the systems both comprehensible and useful in action. No mechanic feels superfluous.

That Hard West 2 improves on the first game will be obvious to anyone familiar with the original. Generally, the pacing is good and new mechanics are introduced at a reasonable pace. The writing and voice acting are excellent, though the narrative graphic novel sections are text only. Overall though, presentation, mechanics, and story all shine.

But be warned, Hard West 2 is a tactically challenging experience that requires precise management of resources and personnel. Positioning is critical and having the right equipment, abilities, and specials is imperative. There’s little room for error. Hard West 2’s difficulty ramps up fairly dramatically, and that four person squad might seem seriously outmatched. 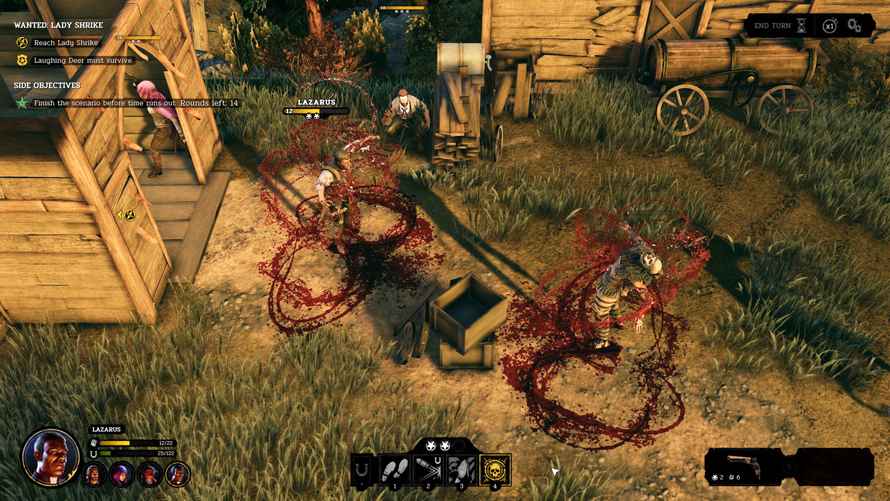 Hard West 2 is a great game for skilled strategy fans. It has a mixture of familiar western elements and supernatural accents, an energetic narrative, and fun characters. While it’s a challenging game, Hard West 2 usually gives you the tools you need to succeed. You’ll need patience and determination, but then, life in the old west was hard. 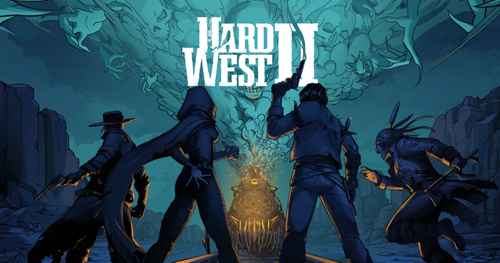 This War of Mine: Final Cut Review – A Lot of Misery
Next The Last of Us Part I Review – What a Terrible, Beautiful World
Previous HexGaming Rival Pro PS5 Controller Review – It’s Money Baby