I’m a pretty average gamer. What I mean by that is while I’d love to spend the bulk of my day honing my mad Apex Legends and Warzone skillz, the reality is that 75% of the time I have a mouse in my hand I’m word processing, web surfing, using some professional musical application, or other mundane task. When I do have time to game it up, I’m out of necessity all over the genre map, often playing games that don’t require incredibly precise inputs at competitive levels. That’s the context for my look at the MM731 wireless mouse from Cooler Master.

I point this out because in the month since the MM731 launched, there’s been some grousing on Reddit and from some YouTubers about the mouse’s wireless response time in those competitive gaming situations where absolute speed is critical at least pre-firmware updates. I’ll say right up front that in my use case scenario, I had no noticeable issues with lag, either in wired or wireless modes. Again, I’m not a competitive gamer, and unless the problem was truly egregious, I’d probably chalk it up to the slower reflexes of middle age, rather than blame the mouse. 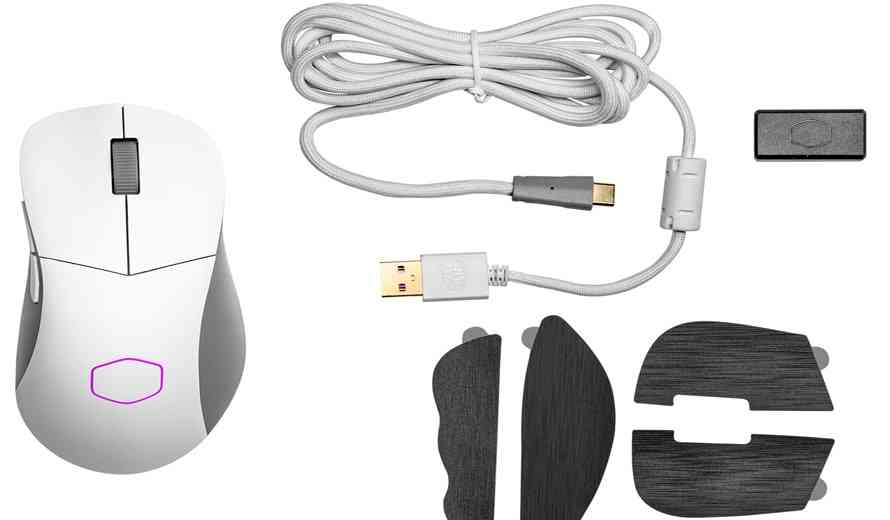 Moving on. The Cooler Master MM731 is the wireless version of the MM730 ultra-lightweight mouse. It can be switched between wired, 2.4GHz wireless mode, or Bluetooth 5.2, each one impacting potential battery life. The adjustable-rate 19K DPI mouse ships with a tangle-resistant woven cable, a wireless dongle, a pack of mouse grip tape, and a USB extension adapter. The six standard buttons can be easily reconfigured via Cooler Master’s software, as can the mouse’s RGB LEDs. The mouse comes in white or black. The matte white version has contrasting matte grey sides and it looks sleek, simple, and functional without extra complications. The supplied grip tape will definitely come in handy as the plastic is pretty slippery. I preferred the solid surfaces of the MM731 to recent honeycomb mice I’ve tried and their tendency to attract desktop detritus (i.e. dirt and crumbs).

The MM731 has been described as sort of a bridge between an ambidextrous mouse and a right-handed ergonomic mouse, and I’d agree with that, as its shape and size feature gentle curves and a relatively low height that nudge the right hand into a palm grip position. I have relatively small hands but it fit well and it was comfortable to use for extended periods. It was also pretty adaptable to other positions. Thanks to the PTFE (i.e Teflon) feet and extreme lightweight (59 grams), the mouse moved very smoothly and responsively. The optical sensor is positioned relatively far forward and the weight of the mouse also seems to rest primarily under the palm. Overall, it felt balanced in the hand.

Input is via optical micro-switches, with input speeds that are considerably faster than traditional mechanical switches, and both in general use and in non-demanding gaming situations I didn’t detect any significant input latency, in fact, response seemed downright snappy. Pre firmware update, I did have one or two instances where the wireless connection seemed to drop out entirely for a second or two, and obviously, this could be a problem in competitive gaming, but I suspect the update might have addressed this issue. The mouse wheel is surprisingly stiff and deliberate, but I’m not sure that’s a negative as much as a matter of preference. My daily driver is a Logitech MX Master and the mouse wheel is far too loose and overall it feels like pushing a brick in comparison to the MM731. There’s a bit of cheap-feeling flex in the left side thumb buttons, and while they follow the curve of the mouse, they’re also undersized and some might think they’re poorly positioned. 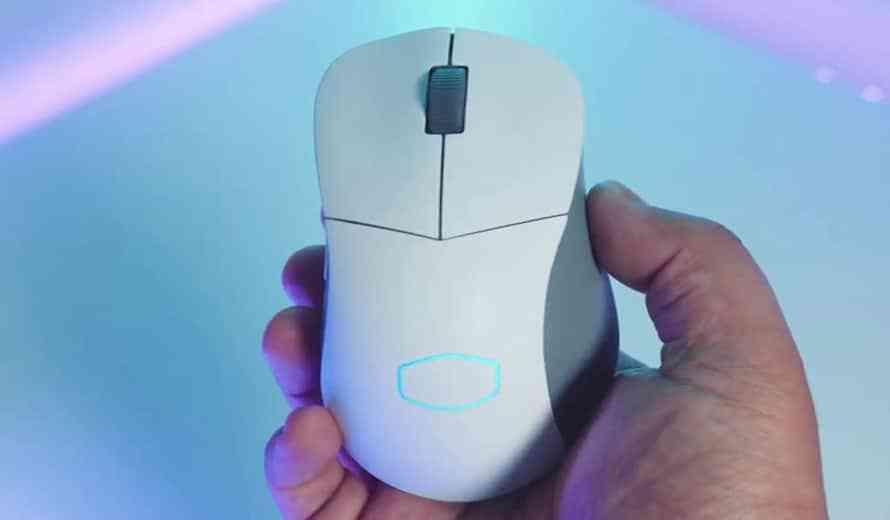 After using the MM731 for several days as my primary mouse, I was impressed by its extremely light weight and smooth movement, and I had no issues with input latency in either normal tasks or low-to-average-demand gaming, either in Bluetooth or Wifi modes. Maybe due to the light weight, it feels a little cheap but build quality and fit is generally good, with a tight fit and no sharp edges. There is no one, perfect mouse for every user. There are simply too many variables around hand size, preferred grip position, and of course functionality and intended use. I think for an average gamer and general user looking for an ultra-lightweight, ergonomic, right-hand wireless mouse, the MM731 is a great choice. 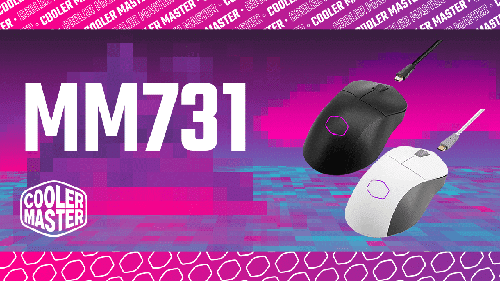