Wolverine V2 Chroma Controller Review – All Pro, All the Time

It’s been a long time since I’ve used a controller, for any console, that wasn’t the standard. I’m a big fan of Razer and their wide variety of gaming accessories so trying out the brand new Wolverine V2 Chroma controller seemed like a no-brainer. Not only does it look fantastic, but it feels and performs just as well. So what exactly does it bring to your gaming experience? Let’s find out.

Right out of the box you’ll notice that the Wolverine V2 Chroma is designed with all gamers in mind, though specifically towards those who want all the bells and whistles of an Elite controller without spending $200 USD. It’s crazy light (half a pound), fits perfectly in my hand, is incredibly comfortable complete with quality rubber hand grips. The thumbsticks for the Wolverine V2 Chroma are slightly wider apart than the standard or even the Elite controllers. The Menu and View buttons are also in a different spot than the standard Xbox controller – both are now diagonal and close to the top of the controller, one on each side. While I didn’t find this caused any issues during gameplay it is worth mentioning. In fact, I spent hours at a time using the Wolverine V2 Chroma without feeling any hand cramps or fatigue and I really like this placement of the Menu and View buttons.

Got Some Junk in the Trunk

There are also 6 remappable multi-function buttons on the Wolverine V2 Chroma, two up at the top next to the triggers/bumpers and 4 in the back. While I appreciate these and have big enough hands to comfortably hold the controller without having to reach for any of the additional buttons, it certainly won’t fly for gamers with smaller hands. In fact, they’ll probably have some discomfort when trying to use the bottom 2 back buttons. Unfortunately these 2 just don’t seem to be in the best spot for ease of access. The other 4 buttons should be a welcome addition however, and as long as you remember what each is programmed for they’re really quite helpful. This is even more true when playing on PC. 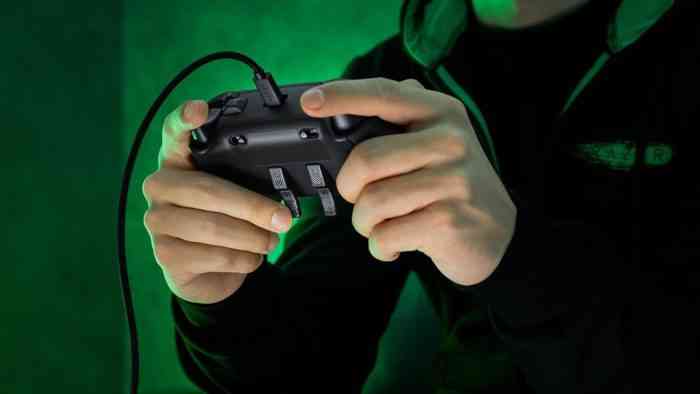 The Wolverine V2 Chroma also has trigger stops so if you’re a fan of first-person shooters, be prepared to have the upper hand with quicker shooting performance. And if you’re looking for even more of a strategic advantage over the competition the Wolverine V2 Chroma also offers interchangeable thumbsticks. They aren’t flimsy either. These magnetic thumbstick caps fit well into the grooves and don’t easily come loose or fall off. You won’t even have to buy any right away either since it comes with an extra 2 in the box. Concave thumbsticks for speed – the offensive players, and regular for more accuracy – the snipers and defensive players. Just do a little research on what’s best for your gameplay and you’ll be stomping everybody. Seriously though it’s crazy what a difference these additions can make. I found FPS titles easier and more rewarding to play than I do on PS4/PS5 and I think a lot of that has to do with these interchangeable thumbsticks and trigger locks.

If you start clicking anything – because what else would you do with a brand new controller – get ready for an eargasm. Especially if you’re regularly a PC player. The action buttons (A, B, X and Y), as well as the D-pad all showcase Razer’s Mecha-tactile technology. Razer says that this is the same as their mice and should deliver “hyper-responsive actuation” that gives you an edge over the competition. I can’t say I really noticed a difference compared with my other Xbox controllers, but what is more than noticeable is just how clicky the buttons and D-pad are. The clicks are louder than the normal Xbox controller, but it’s seriously satisfying.

The Clicks Are Oh So Satisfying

The Wolverine V2 Chroma is a wired controller so you’ll have to plug in the 3m (9.8 ft) wired USB-C cord that comes with it in order to play. I wish there was an option to play wireless, what with the price tag associated here but it’s not the end of the world as the cord is more than long enough to not cause any real problems. The cord, unlike with the Wolverine V2 controller, is also detachable so storing this new controller will be a breeze. And on the plus side, there aren’t any battery-life issues here either.

I did however run into an issue where the controller didn’t automatically connect to my Xbox right away. I needed to download the Razer controller for the Xbox app on my PC and plug in the controller to my computer. After it showed as connected I just simply reconnected it to my Xbox and was good to go. Considering this is the app you need to change anything about the Wolverine V2 Chroma anyway, it didn’t feel like a big inconvenience. Certainly not the first experience I was hoping for though and thankfully it was a pretty quick fix. 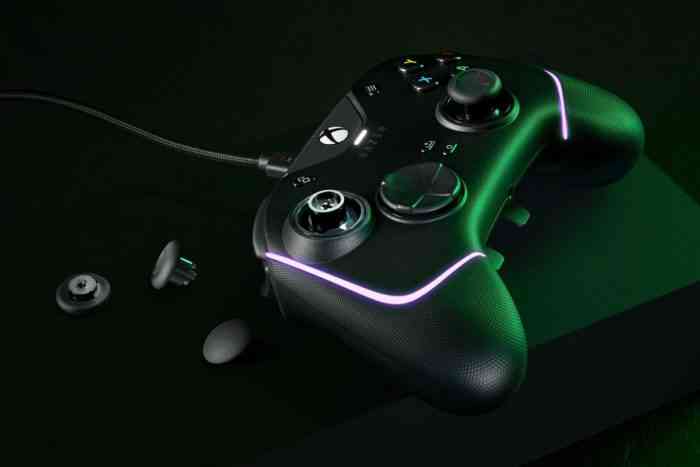 All was forgiven as soon as I plugged the Wolverine V2 Chroma in. It is crazy sexy. Might sound weird to describe a controller that way, but it’s true. The RGB lighting really pulls you in. Way more stylish than the previous Wolverine Ultimate too. And yes, it will light up the entire room. If you’re not into that, you can dull the light and set up just how you want the colors to change (if at all) with the Razer app. The app allows for complete customization of the controller, including vibration intensity, thumbstick sensitivity and setting up the 6 mappable buttons to your specific style of play too. Now I know not everyone will be thrilled to have to use an app to customize their controller but I love having the option to do so. I’ve set the controller to the breath RGB lighting setting most often because it matches with my mousepad and the aesthetic is very pleasing.

Overall the Wolverine V2 Chroma is designed well, with comfort and customization in mind. I love both when it comes to any gaming accessory and this has easily become my controller of choice for both the Xbox and PC moving forward. It’s going to be a real challenge to find something better that doesn’t cost an arm and a leg. I think the Wolverine V2 Chroma actually gives the Xbox Elite Wireless Controller Series 2 a good run for its money. It’s $50 cheaper (coming in at $149.99 USD) with a lot of the same features and RGB lighting. That’s a great deal if you’re more than a casual gamer looking to level up your gameplay experience. If you’re serious about gaming and you aren’t looking to spend $200 USD for a new pro controller then the Wolverine V2 Chroma is what you should have your sights on. There’s only 2 reasons you might not pick up this controller since it’s harder to justify: 1) you don’t game that often or 2) you have smaller than average hands. 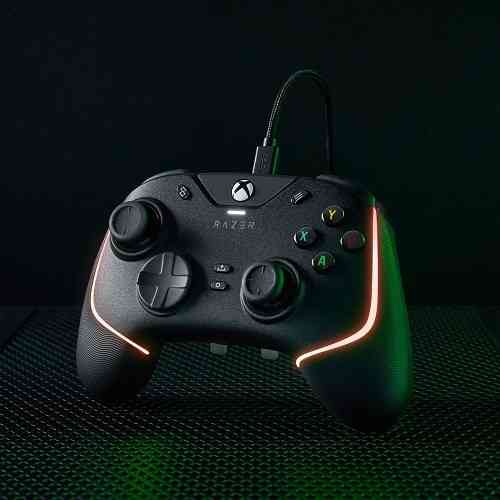