20 years ago, AiAi and his crew of manic monkeys rolled onto the scene, capturing the hearts of gamers around the world. Whilst the notion of stuffing small animals into containers and forcing them to maneuver through a precarious course is morally questionable, I fell in love with the goofy franchise. Due to a bunch of releases skidding on banana skins, Sega has peeled back the years and revisited the original games. Built from the ground up, will this celebration of the franchise make fans go ape?

If you haven’t played a game in the series before, you are tasked with directing your encapsulated furry friend through mazes to reach the goal which lies at the end. Rather than controlling the monkey, you move the world itself which can make seemingly simple courses extremely difficult. Hurdling rivets and lips becomes a game of momentum and balancing on narrow beams is a butt-clenching feat. Whilst the premise is simple and the game is accessible, levels steadily progress in difficulty adding new elements such as switches and an array of hazards that will challenge even the most adept player. With time and collection-based objectives attached to each level, there is even more reason to revisit stages.

Super Monkey Ball: Banana Mania combines the first three games in the franchise, giving you over 300 levels to chew on. Presented like an infant’s television show, the story mode has simple cutscenes to tell a story about Dr Bad-Boon. Whilst the presentation is childish, it takes nothing away from the game. Besides, who plays Super Monkey Ball for the story? In addition to this is the challenge mode, which features courses from the original games, separated by difficulty. 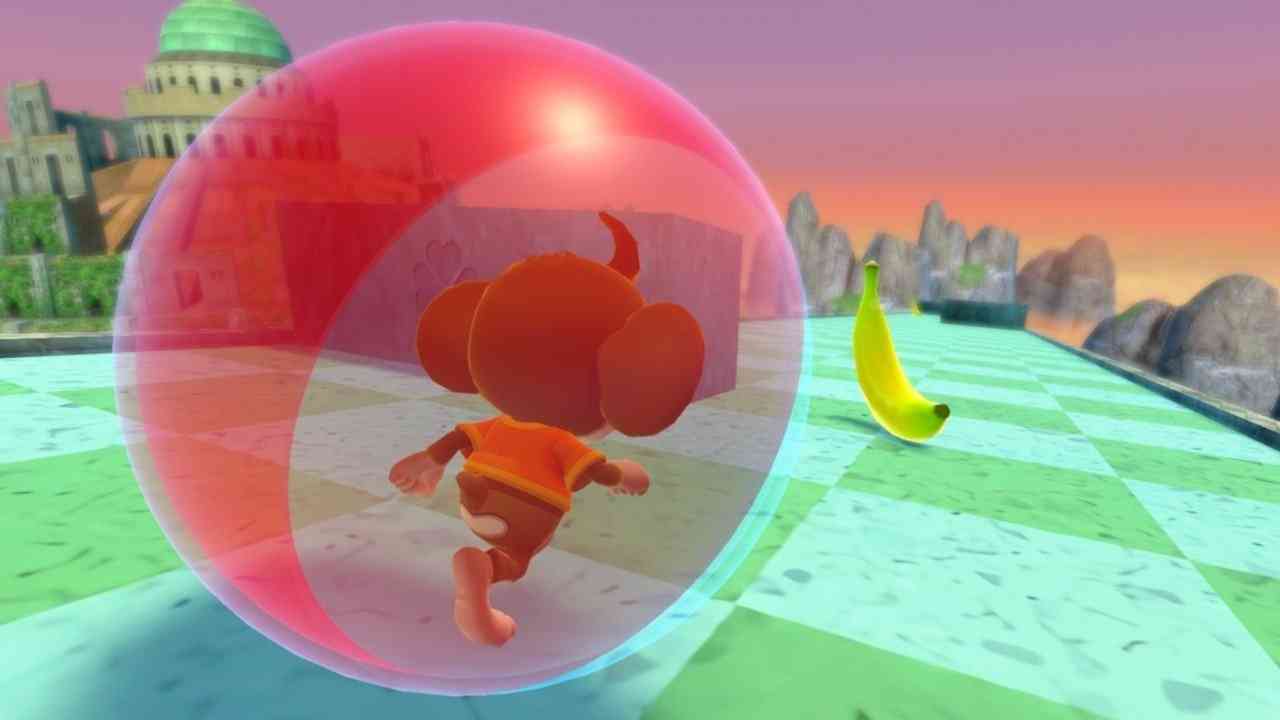 Ryu Ga Gotoku Studio has altered elements of the game helping to ease frustrations that plagued the original release. Binning the lives system, you can now retry levels until you run out of steam. If you’re worried that this will make the game too easy, don’t be as this is a tough balancing act that will make you go bananas. A huge improvement is the ability to alter the camera, meaning you no longer get stuck staring into oblivion when trying to scoot through obstacle-filled areas.

Whilst bananas have lost their prestige in terms of rewarding you with lives, they have morphed into a currency that can be used to unlock all sorts of goodies. With enough points, you can treat yourself to a range of items. From cosmetics to pimp up your balls to unlockable characters such as Sonic and Kazuma Kiryu! Yes, the suit-wearing ex-Yakuza member can step into the sphere and strut through the course. Adding charm, bananas alter to suit the character, so if you’re racing through as Tails, then you’ll be collecting those coveted golden rings. Earning points is relatively simple, as well as collecting items in the level you can complete a lengthy list of missions that reward you handsomely. 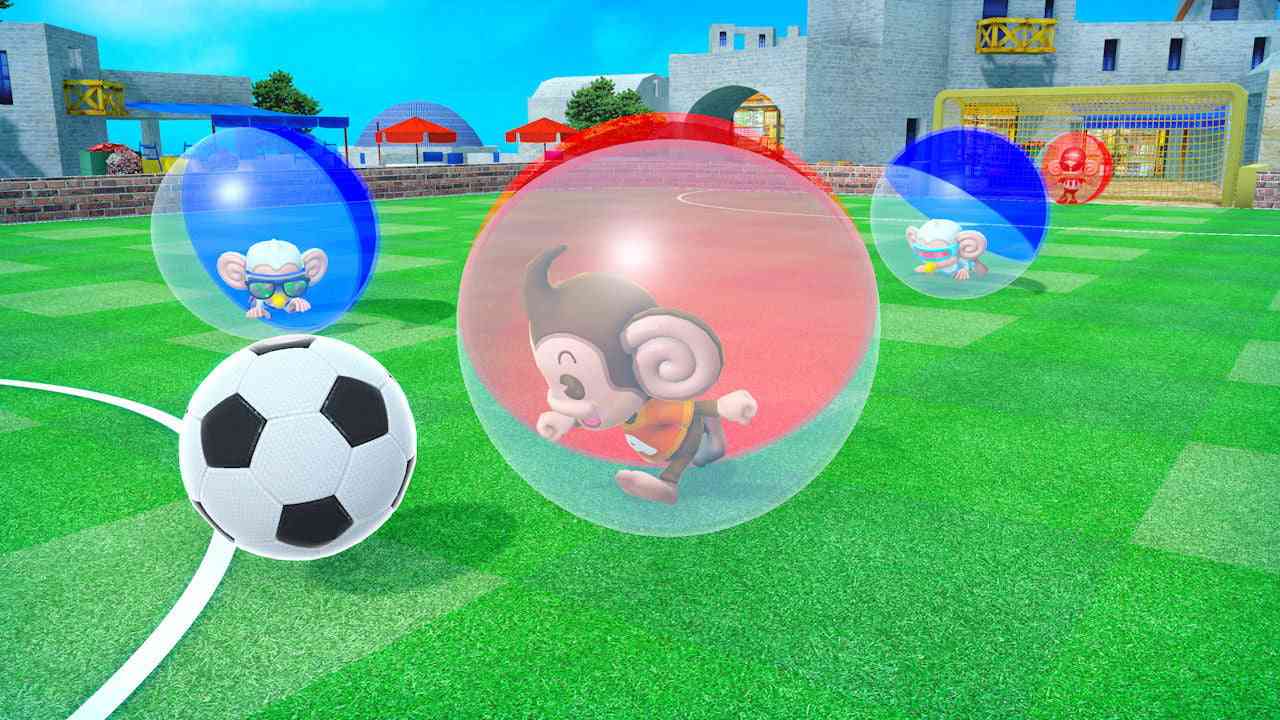 As well as this, you can unlock new modes such as Dark Banana that puts a fun twist on the game. Here, you have to avoid the rotten fruit on your trip to the goal. Also, there’s Golden Banana which places collection at the forefront, Reverse Mode which completely flips course and a bunch more that will keep you monkeying around for hours on end. The ability to jump is also available to unlock, although some may despise the inclusion of this, the fact that it is not just implemented into the standard game is positive. If you’re finding it difficult, then the jump ability will help you, especially on later levels. As well as this, a slow-down feature and the option to skip a stage have also been added to support accessibility.

A fan favorite of the franchise is the party mode. Packed with 12 different games, fans of the originals can look forward to battling against friends and foes in hectic and hilarious matches. Original games such as Monkey Fight and Race are included but the main one I wanted to get my hands on was Monkey Target. In this mode, you roll down a ramp and fly into the sky. You then need to determine when to open your ball to form wings and glide towards a target in the distance. When near, you can then close your ball and roll towards victory. Unfortunately, something feels a little off with the momentum in this mode. Although it’s still fun, it fails to reach the heights of the original. However, with Monkey Bowl, Monkey Tennis and much more there’s plenty of fun to be had in this manic multiplayer mode.

Super Monkey Ball: Banana Mania manages to maintain the art style and charm of the original whilst bringing it in line with modern titles. Everything looks delightful. The vivid color palettes and stylized titles combine to make a sumptuous visual treat. Backed with the joyous electronica and fronted with a banging theme song, Ryu Ga Gotoku Studio has nailed the overall presentation of the game.

After many failed outings, the Super Monkey Ball franchise is back. Bubbling with content, there’s plenty to do whether you want to play solo or multiplayer. Whilst the nature of the game can cause frustration, the removal of the lives system has helped to improve the experience. The infectious presentation combined with the lovely gameplay makes this an absolute joy and an essential purchase for fans of the series.

• The Classics Are Back
• Removal of Lives
• Lovely Presentation 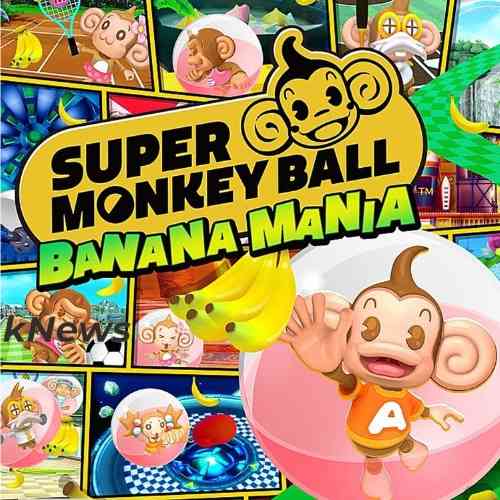