Aragami 2 is a solid third-person stealth game that involves combat and making decisions on the fly. As a shadow spirit protagonist, we wield a number of different abilities as we try to get past guards, defeat enemies, and use a wide variety of tactics to get the job done. It isn’t always easy and sometimes the game can feel frustratingly repetitive, but the smooth sprinting and shadow leaping allows you to zoom past repeated environments relatively quickly. It may not have the most engaging story, but the gameplay is great and the smooth, intuitive controls feel incredibly satisfying.

Beginning with the prologue as an extremely helpful tutorial, players are introduced to the Aragami named Kurai, or if you’d prefer to change to your own name you can. As one of the last warriors of your kind, you are capable of controlling the shadows to stealthily move around undetected and to knock out your enemies with ease. With your abilities, your job is to complete missions to protect and free your people from invaders. Throughout the game you will be assigned quests that will help increase your experience points and expand your skill set, and completed missions are handsomely rewarded for a job well done.

Multiple Ways to Get the Job Done

There are also missions the player can choose to undertake, mostly these quests are essential for gaining experience and rewards. Ability points allow you to choose what skills you want to be good at or to rank up in, including upgrading your character’s passive abilities and your already existing moves. Plus, you can even learn new Shadow Powers to add a variety of different moves to your repertoire. There is no wrong decision, just make the one that suits your style the best. Gold is also a reward that you can earn, and talking to random people or looking for chests can help you find more of this in-game currency. Whatever you choose to do during your missions, be it kill all hostiles or let everyone live, you still win as long as you successfully complete the task. 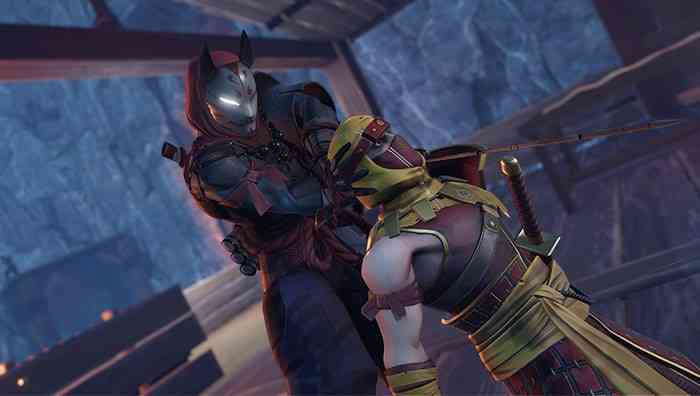 With a new stamina system, players can perform shadow leaps and sprints by depleting the stamina bar. Shadow leaps are marked with a clear, blue circle, indicating where your character can grab onto safely. The controls are quite intuitive to today’s play style, with double jumps and sprinting making it easier to reach higher ledges and destinations faster. Dodging attacks will also use up stamina, so learning to parry and effectively fight with your sword is crucial to winning at combat.

Generally the game is forgiving of your mistakes and so is great for trying different ways to finish your missions. Responsive controls allow you to quickly hide from enemies when you are almost caught, and deaths are inevitable but easy to bounce back from. When one enemy catches sight of a fallen comrade, some will go on high alert but it seems not everyone in the enemy base gets the memo. Though the enemy is somewhat intelligent, as long as you lay low and stay undetected they will soon forget you exist.

Of course it’s not always that easy, as when you are actually caught by the enemy you are immediately thrown into combat with whoever is surrounding you. Multiple people with swords versus just you can be difficult as your stamina runs out quickly, so it’s better to try and knock as many people out before engaging in battle (if you choose to). With the potential for co-op play, it may be easier to handle a small group, but by yourself it can be an impossible struggle. I haven’t had the chance to check out the online multiplayer mode, so I can only imagine how fun it can be to complete a mission with your friends. 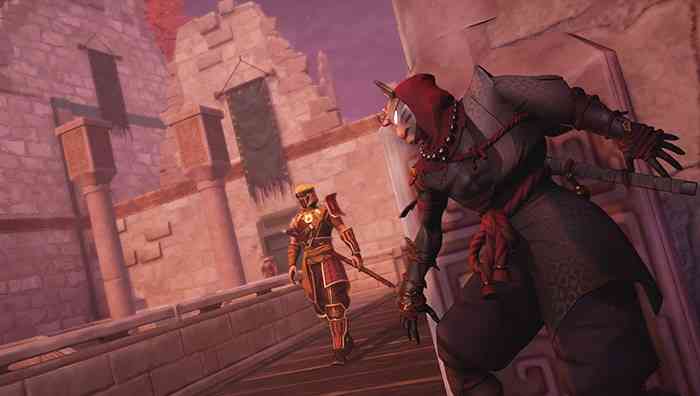 Though the stealthy ninjas and quick reactions are addicting to control, the repetitive environments can dull the experience. Not all locations look the same, however the gist of the missions are similar – steal something, or kill someone, or stay hidden. It also doesn’t help to have a weak plot, because there’s not much to look forward to in terms of the importance of some of your tasks. In fact, several required missions feel like it’s padding for time because of how long you’re doing the same thing to get to your goal. I found that to keep myself motivated before starting a new quest, I needed a quick break before getting the excitement back again.

Aragami 2 is an adventure that can be enjoyed by stealth fans and anyone who wants to try infiltrating an enemy base with satisfying results. Even if you’re bad at stealth games, Aragami 2 encourages you to create your own path and explore different ways to tackle a challenge. Sometimes close combat is my jam, and other times I just want to avoid confrontation. The many ways to experience Aragami 2 made it feel less catered to one specific audience and more towards anyone who is interested in trying a stealth experience. While the plot isn’t all that engaging, it is satisfying in its own way. 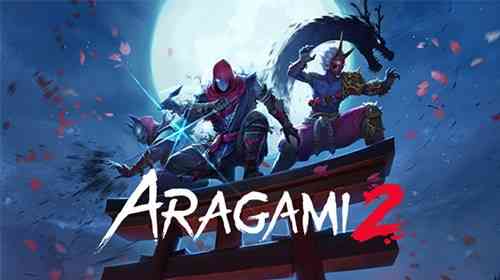